3 digital updates we’re keeping an eye on this week 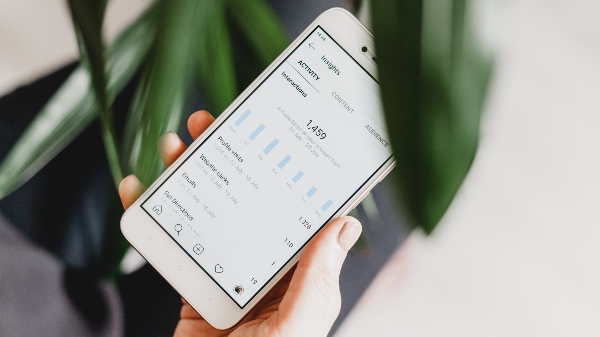 In a constantly changing, digitally-driven world, it’s hard to tell which new features and trends are the ones to keep an eye on and which ones are likely just a flash in the pan. Here are the three things that have happened in the last week that we think charities should know about.

Instagram is planning to roll out a donate function as part of its stories feature.

It’ll function as a sticker users can add to their story – much like the way Instagrammers can already add gifs and polls to their content – and it’ll link to your donation form.

The tool is still in development, but if your charity already has plans in the works to expand into Instagram, or has a user base that uses it quite regularly, it’s time to start thinking about how to tell your supporters that they can fundraise for you via instagram, and how to leverage stories to connect people to your cause. If your charity doesn’t have plans, it’s worth reviewing your donation journey anyway and ensuring that it’s streamlined for mobile.

Nearly half of donors have forgotten who they donated to last…

…and the key to people remembering you is brand. Branded donation forms raise on average 38% more money than third-party or non-branded forms, and many respondents said that having to donate via a third party would put them off donating at all. People are more likely to remember when they donated to friends rather than directly to charities.

Firstly, brand is bigger than logos, colours and fonts – it ecompasses the identity and integrity of your charity as well. Your voice and message should inspire trust in your supporters, and the way you communicate – the language you use and your visual cues – need to be consistent across all your channels. And your supporter base isn’t a finite pool of potential donors: they can also be the biggest champions and fundraisers for your charity.

Facebook is updating this information to be more transparent.

When you see an ad on Facebook, you can click on the three dots in the corner and ask Facebook why you’re being targeted. The problem is that this information is still fairly limited: it’s usually because of your gender and location. But audience targeting is often much more complex than this explanation lets on.

Starting at the end of this month, users will be able to tell who uploaded what personal information, when, what agency or third party uploaded it, and on behalf of whom. The new level of transparency could impact user privacy settings, which could reduce the amount of information you have on your supporters and can therefore use to target or build custom audiences.

If you’re a charity that already has robust GDPR-compliant privacy policy, you’re in the clear. You should be prepared for people contacting you to ask for their data to be removed from your database. Ensure that your data on your supporters is accurate and up to date, and that you’re only targeting people who have legitimately given permission. Keep it legit and above board, and you’ll be fine.

Are there any other digital updates you’re keeping an eye on? Let us know in the comments!