5 ways charities will change in the future 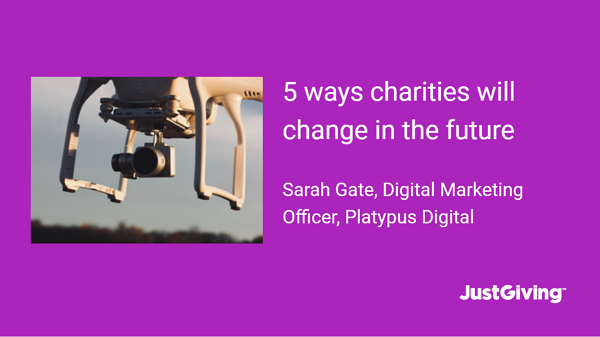 Thirty years ago, who would have predicted that charity workers would spend so much time sitting in front of computer screens? No matter what your role, you probably spend a lot of your time at work completing tasks that now rely heavily on digital.

We couldn’t help but wonder what’s in store for charities of the future, so we asked the Twittersphere to send us their predictions. This is what they came up with.

Drones were mentioned a couple of times on our thread. People seem to think that drone technology will be so advanced that the major emergency response charities will use them to deliver aid items like food and medication. 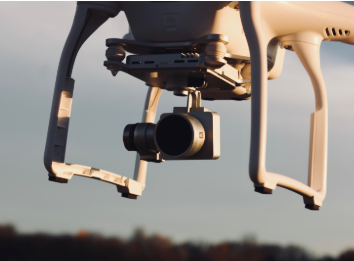 If you don’t know what a blockchain is, it’s a decentralised shared public ledger. The use of blockchain in the charitable sector will mean that someone who has made a donation will have the capacity to track your transactions and make sure it’s going to the right place.

Blockchain will make it easier to send donations to other countries without pesky exchange rates and charges imposed by the companies that wire cash, so some people think that they might eliminate the need for charities to act as the third party altogether.

Organisations like Lend With Care are changing the way donors give money to people who need it. You can now choose your beneficiary and send your donation to them so that they can start their own business or work their own way out of poverty, then they can pay you back.

Transparency is hugely important to donors, which is why ‘sponsor an orphan’ type programmes have always worked well. People like updates. They enjoy being able to see the difference their donation has made on a micro level.

The digital world makes it easier than ever to connect donors with the people they’re helping. People who are not doing this are likely to be left behind. 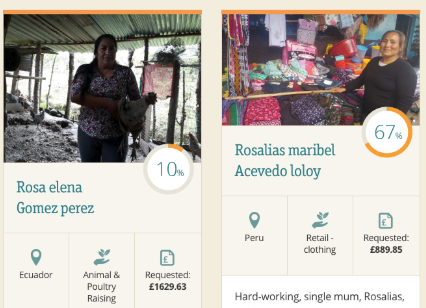 Apparently, this generation of charity givers are much more interested in your charity reputation for change than they are your ability to temporarily inspire them with a cleverly thought out TV advert or social campaign.

They’ll research you before they give you anything.

They want analysis, evidence of a real difference, and strong forecasts for transformation when considering who they support, so charities who are not reporting properly and showcasing their work effectively won’t make the cut.

This one was a bit tongue in cheek, but we liked it. As a few Twitter followers rightly pointed out, our very purpose as charities is to eradicate a problem and then render ourselves obsolete.

So the future means that as the problems charities exist to solve disappear, so will the charity sector itself.

Best get on with making predictions 1-4 above happen while we can then.