7 things we learned from Social CEOs 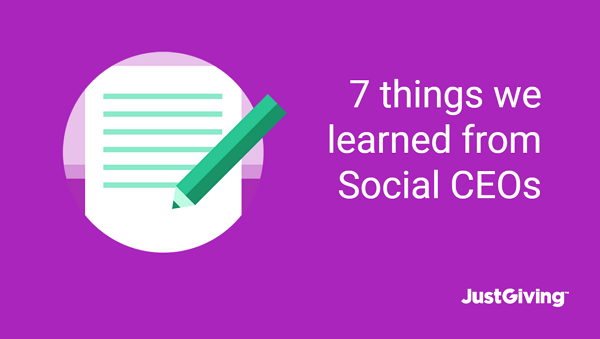 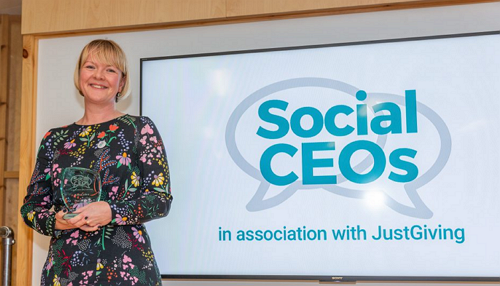 We celebrated this year’s CEOs on November 7th in London. Now, we’re bringing you the best of the things we’ve learned from some of the country’s best charitable, social media pioneers.

Social CEO winners tend to post reasonably often on their social media platforms. This is becoming increasingly important as the Facebook and Instagram algorithms change. Social media platforms reward consistency, so don’t disappear off the face of the Earth for three weeks and then return. Post regularly to increase engagement.

Don’t post for the sake of it. We realise that this sounds like conflicting advice given the above advice, but it’s really important that you aren’t posting drivel. Your followers won’t engage with it, and you might lose their support altogether.

It might be tempting to treat your social media platforms like PR tools, but this is a really bad idea. If you’re constantly trying to sell your organisation and you don’t give your followers anything else, they’ll soon get bored. Be yourself. Post genuine opinions, things you find interesting and stuff that isn’t just about you.

Engage with other people

Social media shouldn’t be a tick-box exercise. It’s really important that you’re doing something other than posting two or three times a day. Engage with other people. Reply to messages, comments and retweets, and make sure you’re following other accounts that you’re interested in so that you’re seen engaging elsewhere.

We’re not saying that you should tell everyone what you’re feeding your cat for tea, but your followers will certainly be interested in hearing a bit about your everyday life. You’re a human being, not a robot, so make sure that your followers know that. Struggling with your commute? Tell them. Kids driving you mad? They’ll be able to relate. You’ll probably find that these kinds of posts are most popular with your followers.

Which posts do you find most interesting? It’s all about images and videos these days. It’s a good idea to use visuals as much as you can. Posts with a visual element achieve higher engagement rate than those without, so it’s certainly worth investing time in creating content around videos and images when you can. It doesn’t need to be anything spectacular, but it should be relevant to whatever you’re posting.