A charity guide to #GivingTuesdayNow 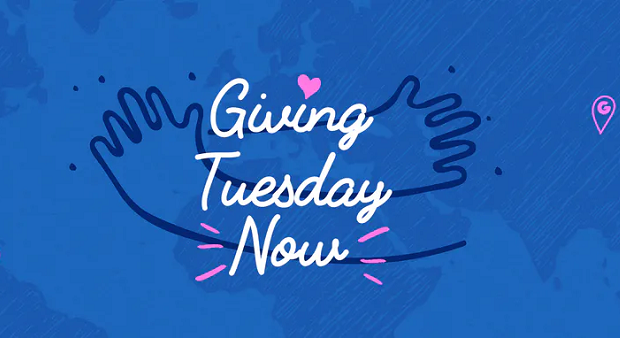 It’s fair to say that 2020 is a year like no other, and it’s presented a set of challenges to the charity sector that many of us have never faced before. However, as a collective we’ve shown just how creative and versatile we can be, with some amazing new fundraising ideas coming together in a very short space of time.

One of these great ideas is Giving Tuesday Now. The organisers behind Giving Tuesday have come together with their partners to create a stand alone day which will act as a special response to COVID-19, shining a light on how it’s impacted the charity sector.

What do you need to know about #GivingTuesdayNow?

Taking place on 5th May, #GivingTuesdayNow is going to be a global day of unity. The aim is to bring together all non-profit organisations and charitable supporters for a day of recognition, appreciation and support. Of course, fundraisers can organise their own campaign in aid of the day, however the main focus is to get people actively donating and raising awareness about their favourite charities.

The day is a great opportunity for you to highlight your charity’s mission, share how you’ve been affected by COVID-19 and encourage your supporters to give what they can to help keep you running and doing amazing work during these difficult times.

How JustGiving is helping to support #GivingTuesdayNow

We know that now, more than ever, every donation that your charity receives makes a huge difference. To support all of the charities taking part, we’ve created a dedicated #GivingTuesdayNow microsite. The microsite provides supporters with an a short explanation of Giving Tuesday Now and the meaning behind it. There are also  suggested donation amounts, such as the equivalent of a pint at the local or a weekly bus pass. Plus, we’ve included an easy charity search function and a countdown which is designed to build a sense of urgency, motivating people to give now. 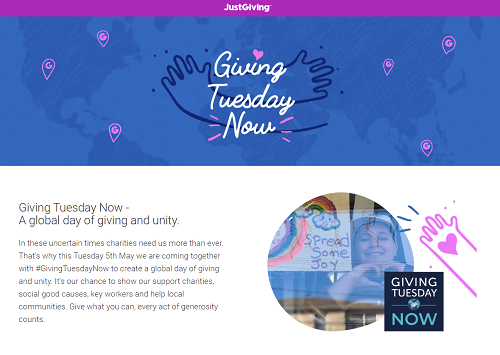 For charities that are already members of JustGiving we have also emailed out personalised donation links, known as campaign deep links, which take supporters directly to a charity’s donation page when clicked on. This makes it even easier to quickly donate.

You can find free resources to help your charity start its #GivingTuesdayNow campaign in the following places:

4 key tips for making your #GivingTuesdayNow a success

Good luck! Share your #GivingTuesdayNow activities with us on @JGcauses – we’d love to see them.