Are digital skills still top of the agenda for charities? 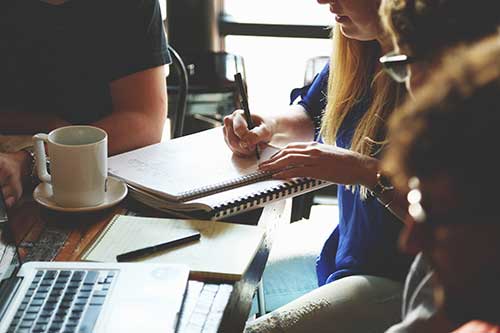 Earlier this year we partnered with Skills Platform to publish The Charity Digital Skills Report. The aim of the report was to map digital skills across the UK charity sector, and the impact of any gaps. We wanted to understand where charities were at with digital, what they were doing well and where they could improve, and how these might affect the sustainability of the sector.

In such uncertain times, we also wanted to find out how digital might help charities address the challenges they face now and in the future. Above all, we were keen that the report was a resource to help charities understand how their peers are using digital so that they could benchmark themselves against them.

What did the report find?

The results were a real insight into charities’ hopes and fears for digital and what they thought would mark a tipping point in the sector embracing digital. Key findings from the report included:

We had tons of interest in the report across the sector and plenty of press coverage, from The Guardian to City AM to Econsultancy. You can read the full report here.

What have we learned since?

Turns out that I was far from the only person across the charity sector who was worried about the digital skills gap.  We’ve since heard from some charities that they are not surprised the picture is so bleak.

The big positive is that, alongside the Lloyds Bank UK Business Digital Index, the sector now has a baseline of how it is currently performing. It will be interesting to see how this data changes.

It’s also created a real talking point in the sector and there is much more interest in the charity digital agenda from charity leaders.

Why does this matter?

In the next 60 seconds, 3.8 million Google searches will be undertaken, 29 million WhatsApp messages will be sent and 3.3 million Facebook posts will be made. And with 50% of the world’s population online, and over a third of people globally active social media users, the charity sector could miss out on big opportunities to fundraise, reach new supporters and to be relevant.

Digital is just the way that the world is going and we ignore that at our peril.

We are working on some top secret developments to follow up from the report. Watch this space.

charity digital skills reportdigital skills
Zoe is director of Zoe Amar Communications, a marketing and digital communications consultancy who have worked with leading organisations including ActionAid, Crimestoppers, Macmillan and Anglia Ruskin University. She blogs for The Guardian about charities and communications and is on the advisory board for The Guardian Voluntary Sector Network. She co-founded the charity #socialceos awards.
Scroll To Top