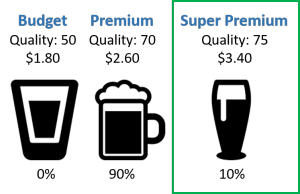 The idea of ‘Nudge’ was an extremely fashionable term a couple of years ago  –  even resulting in a government department to get us all to live better lives without necessarily realising it. Having fallen out of favour recently, it’s worth revisiting some of the more effective approaches that really can make a difference when designing digital products.

A word of warning though  -  these patterns should be used extremely carefully. The last thing anyone working in charity wants is for a person to sign up to something they’re not committed to or for an amount more than they want to give. Not only is it morally wrong, it’s bad business  – increasing the likelihood of people halting their support after a short period of time, thus increasing costs overall.

Nothing can replace making sure a supporter cares about your cause, feels connected with the work that you do and continues to see the impact of their gift.

TL:DR — create a sense of urgency to increase the likelihood of a user converting.

We feel loss 2.5 times more than we feel gain. So if you are walking down the street, find £20 and then lose it later that day, you will feel a lot worse than if you hadn’t found the money at all, despite being in exactly the same situation.

Travel sites make use of this fact to increase the chances of you rushing to book, by making you worry that you’ll miss out: 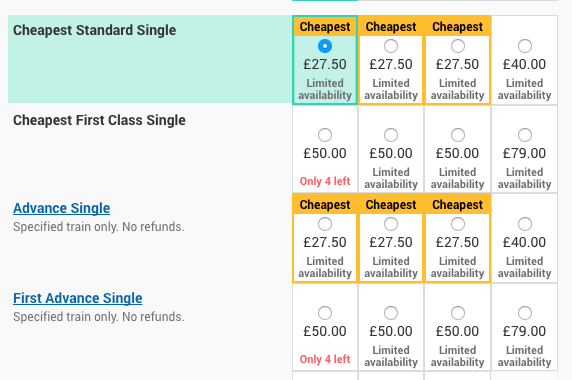 How can charities use this? Always be transparent about the amount of spaces left in an event or programme you’re running. Obviously you’d never want to manufacture the need to book early, but if there is a genuine limit on the number of places, don’t forget to mention it.

Perhaps the most well known, but least used by charities  –  the idea that seeing other people’s testimony helps individuals to overcome their own concerns and fears about committing to a product or service. People assume everyone else knows better than them, and so will be more likely to think something is worth doing if they see someone else like them doing it already.

Lots of e-commerce sites have become wise to this and it’s almost standard practice to employ some form of customer feedback on products now. By far the single biggest improvement Amazon have ever made to their product pages, is the introduction of reviews. As soon as they introduced it they saw significant gains in conversion and profitability and they haven’t looked back since.

There are even now companies like Revoo which sell this functionality as a service and look to aggregate it across lots of different sites. 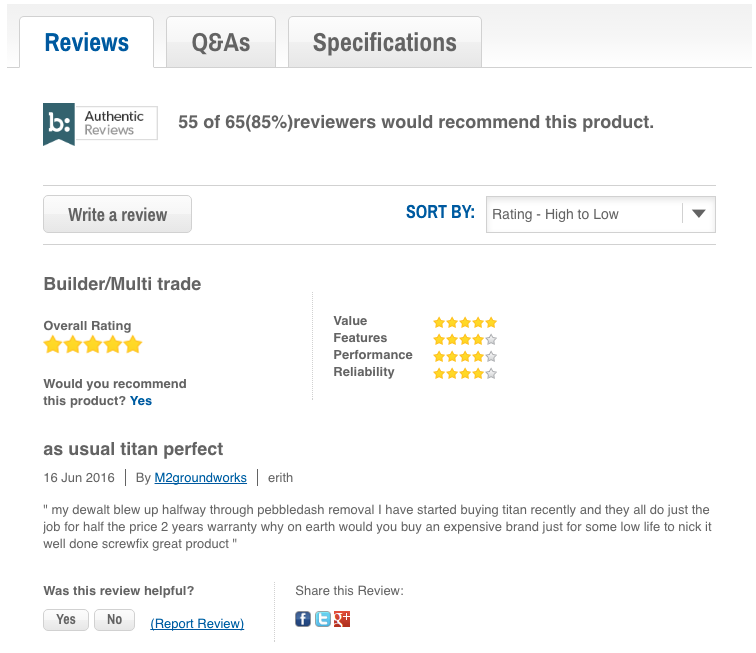 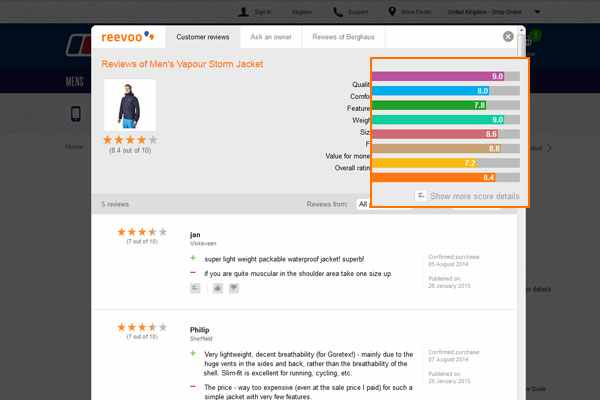 How can charities use this? Having worked with lots of different organisations, we are lucky to see the incredible messages of support that come in with donations. With a few notable examples, charities rarely share these wonderful, optimistic and at times heartbreaking pieces of content. Just do it  – do it now.

People are emotional beings and are extremely unlikely to look at anything in a rational way, even the supposedly objective element of pricing. In the 80s, Huber and Puto of Duke, ran a series of experiments with university students and the pricing of beer. There’s a great write up of the scenarios on Strategy Peak, which I won’t repeat here. Suffice to say, by introducing a range of product pricing, they were able to increase both the take up and the amount that people would pay for beer.

The main takeaway for me is that wherever possible, you should offer good, better and best pricing levels. By doing so, businesses have been able to increase the chance of a conversion and the value that these bring them. People will never choose the bargain bin product and the higher priced option will make them feel like they’re getting a bargain in the middle ground.

Tom Whitwell of the Times and others spoke about this type of thing at a Product Tank a few months ago. Here’s our write up if you want to read more.

How can charities use this? As almost all of us do anyway, be sure to illustrate what different donation levels will help to achieve for your cause, and offer a range of ways that people can support.

TL:DR — put low cost items next to large cost items to increase the likelihood of take up.

If you are buying a very expensive thing, then anything that is costing you less money pales in comparison, and your usual price sensitivities are less likely to play a part in your decision making.

For example, when you are buying a house, banks will offer you inflated insurance products throughout the process. This is because they know that compared to the colossal amount of money you are spending on property, they can sell you more expensive insurance and you won’t bat an eyelid.

This is the type of dirty trick that simply isn’t right for charities to employ. What could be useful though, is to remember that even for those donors which give you large sums of money, don’t forget to show them that the little gifts are what make the biggest difference.

If I offer you £100 now or £110 in a month’s time, you are much more likely to take the cash right now, even if it makes no material difference to you having the money today.

This, often combined with the scarcity point, is what underlies much of the early bird discounting that is common across the commercial sector  –  if you can sign up for a product now at a reduced price rather than more later on, you’re likely to consider it more deeply. 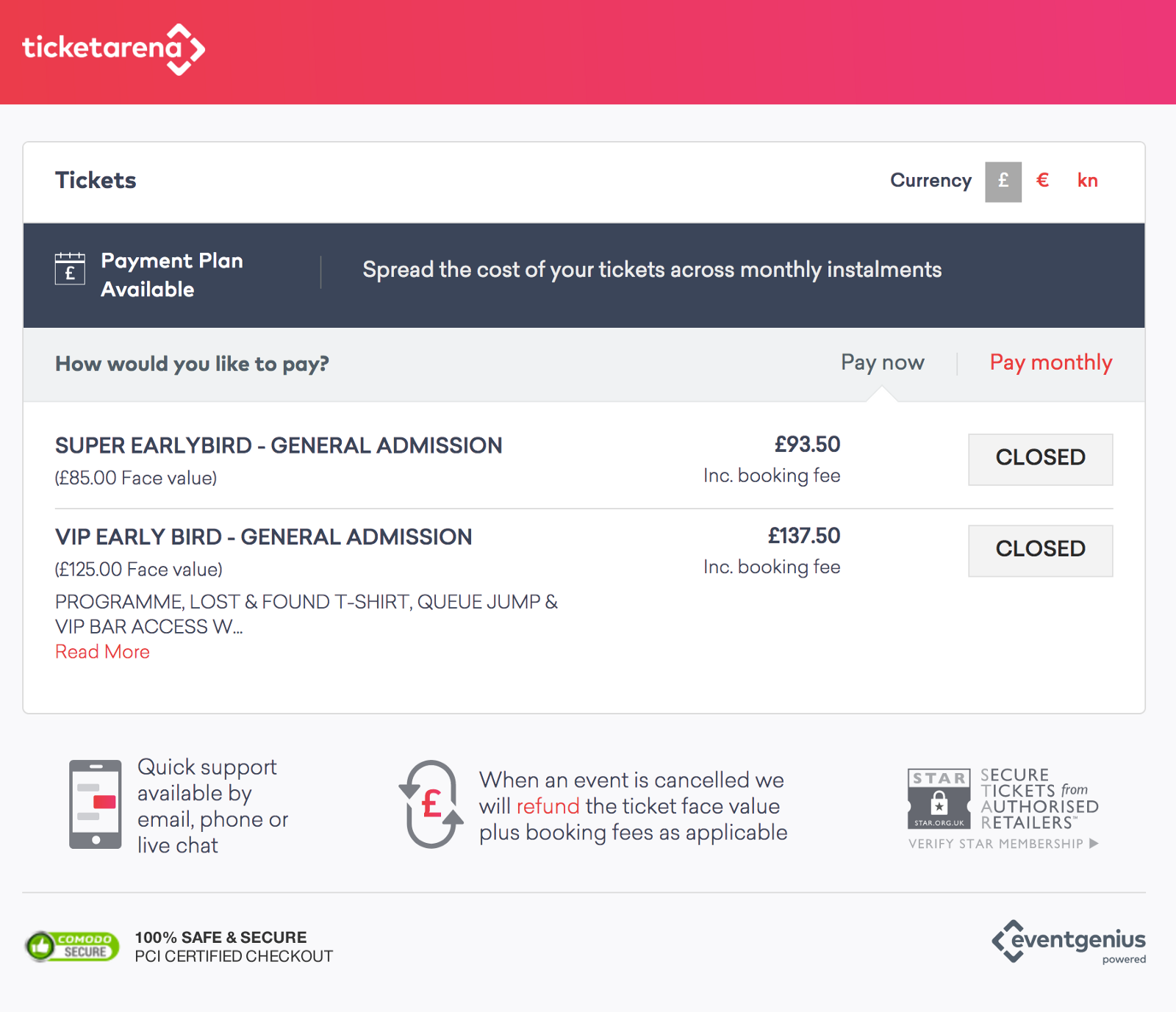 How can charities use this? We obviously don’t have the same opportunities or desire to discount products like a shop does to drive volume. However many of us run events which are similar to the festivals and other events which run early bird offers. By doing this we get early commitment to our event whilst offering some of our most committed supporters a way to get involved for a reduced price.

Probably the least surprising of all the points in this article  -  but if you can give someone a small way to support your cause or engage with your product, then the ability to get them to become further engaged later on becomes markedly easier.

This is why for me the argument about ‘slacktivism’ is so short sighted. If someone has clicked on a ‘like’ or ‘retweet’ then to them, that is an act of support for you cause. It is down to us to then show what a greater level of support could achieve. We are pushing on an open door and if we can’t illustrate the difference our organisations make, then we are failing at our job –  it’s not the individual being ‘slack’.

behavioural economicsdigital fundraisingdigital products
James is the Director of Digital at the well respected brand and digital agency William Joseph. Clients include national charities, universities, arts organisations and social enterprises - who they help to achieve their goals through digital and design thinking. Before joining William Joseph, James headed up the Digital Services team at CRUK and before that worked at Battersea Dogs & Cats Home and the Variety Club. He is always excited to work with other organisations, share expertise and swap cat gifs.
Scroll To Top