Sarcoma UK: How our running tribe gave us the best London marathon results ever 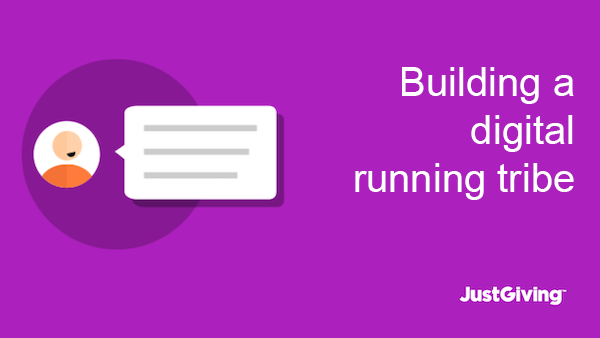 In 2014 we had just 3 places the London marathon. The idea of growing those places was daunting and full of risk – we knew we needed a plan before taking the plunge.

Our first challenge was driving more fundraising online – we knew it was better value for us as a charity and a better experience for our supporters. But sometimes that’s not enough; after all people are creatures of habit. Through a combination of one-to-one outreach and sharing simple tips, we encouraged our most dedicated fundraisers to promote their Fundraising Page more and convert as much of their offline cash as possible. This paid dividends for us: we surpassed our stretch fundraising target by £37,000, raising a total of over £250,000 before Gift Aid. The average raised per runner increased by 25%.

In 2018, with double the number of runners from the year previous, we added more features to our programme. Firstly, from my perspective it was vital to segment our communications within the team – they weren’t all behaving the same, so it was important not to speak to them in the same ways. I kept it simple and used three segments:

In 2019 I went one step further and sent a personal email to any fundraisers with no page – this helped me engage them and build a strong relationship from the off, showing them we really cared about their progress.

Aside from building a segmented audience, we were keen to set up the framework to build a community around the London marathon. Each place is very valuable, and each runner is extremely dedicated, it’s important to us that we gave them all the tools to succeed. In a small team with a limited budget, we thought that was easier said than done. We needed a solution that would bring runners together, where they could support themselves, but still felt closer to the charity. Fortunately, we had an idea – launching our own “Marathon Club” using some simple tools: a Facebook group coupled with the expert advice of a volunteer mad about running.

Last year we managed to get 34 of our 60 runners to join the club. By 2019 this was up to 58 of our 69 runners (that’s 60 plus rollovers – you know how it is with the marathon!) and saw some incredible results. From this group we created an awesome self-service community where we could dip in and out and offer advice; but we also promoted our in-person workshop where fundraisers gathered under one roof (thanks, JustGiving!) and learned from our running and fundraising gurus. The end result? We couldn’t quite believe it – but runners in our virtual community who attended our workshop raised £1800 more on average than those who didn’t. It’s proof that if we build a community around an awesome event and support our runners (and enable them to support themselves) they become more engaged and more successful as a result.

If you’re looking to build your London marathon community for 2020, launch a Campaign Page today