Campaigning to end a crisis, with help from the crowd 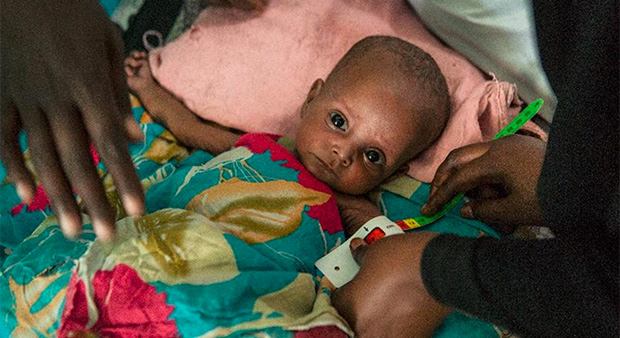 When drought and conflict leave 16 million people on the brink of starvation, an urgent and immediate appeal needs to respond to the crisis so that people across the world can help.

This is the situation that the Disasters Emergency Committee, an alliance of 13 leading aid agencies, is on hand to respond to. Focusing on pooling their member agencies strengths to raise money in the most expedient and efficient way in response to humanitarian disasters, the DEC can use its power to mobilise corporate, public and broadcasting sectors to help.

With the situation in East Africa worsening at the beginning of 2017 an appeal was created by the DEC to help, including a Campaign Page on JustGiving. 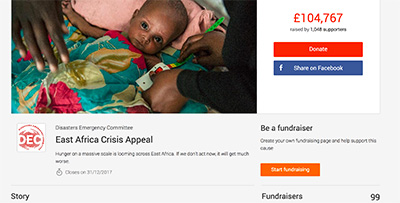 The benefits of a Campaign for any charity launching a specific appeal is that it allows your supporters to not only donate to help your appeal, but also to become advocates for your cause by launching their own fundraising pages to help. This means someone who is affected by your appeal can then spread the word to their circle of colleagues, family and friends, introducing new potential supporters to the work that your charity is doing to help change lives.

In many respects this is tapping into the same emotion that powers crowdfunding campaigns. The connection that a fundraiser has with the people that they will be asking to support them as they raise money for your cause is similar to an individual asking their friends and family to support a personal appeal.

As evidenced by the DEC’s East Africa Crisis Appeal Campaign, nearly 100 fundraisers have taken up the challenge to help increase awareness of the terrible plight of the people affected by famine in East Africa. Together they have raised over £43,000 of the £104,000 total raised so far on the Campaign Page, showing how an appeal that is funding a tangible, specific goal can encourage people to fundraise on your behalf in large numbers.

Click here to find out more about Campaigns on JustGiving