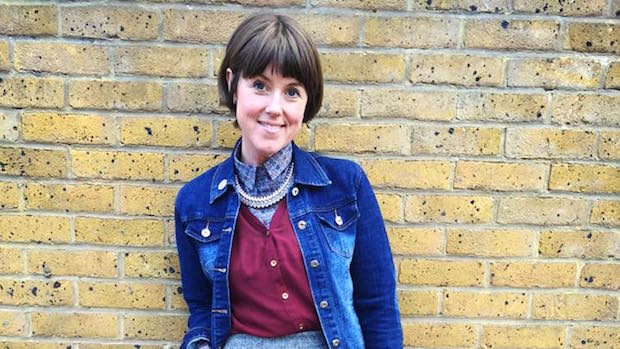 On New Year’s Eve 2014 Caroline Jones, a fashion blogger and mum of three from Hertfordshire, decided to create a fundraising campaign as a tribute to her mother Mary, who she had lost to cancer that October.  The idea for the campaign was simple: she would post a photograph of herself on social media, every day for the whole of 2015, wearing clothes sourced from Cancer Research UK’s charity shops.

Her initial hopes for the campaign were modest. Caroline thought that she would raise £500- £1000 via her JustGiving page, sourced from close friends and family. She was wrong. On day six the BBC wanted to interview her as the result of the interest in her campaign. They were swiftly followed by the Mail Online.  Ninety seven thousand people visited her Facebook page in the first week. By the end of 2015 Caroline had raised £50,000, and appeared on TV and radio numerous times, generating plenty of positive press coverage for  Cancer Research UK, and garnering her the JustGiving award for Creative Fundraiser of the Year. Astonishingly, Caroline had never fundraised before. So why was her campaign such a success and what can other fundraisers learn from it? 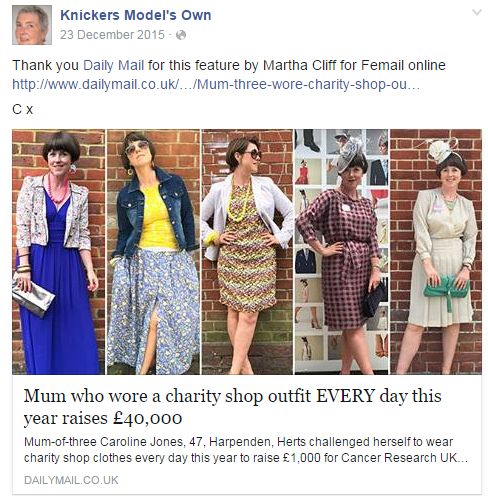 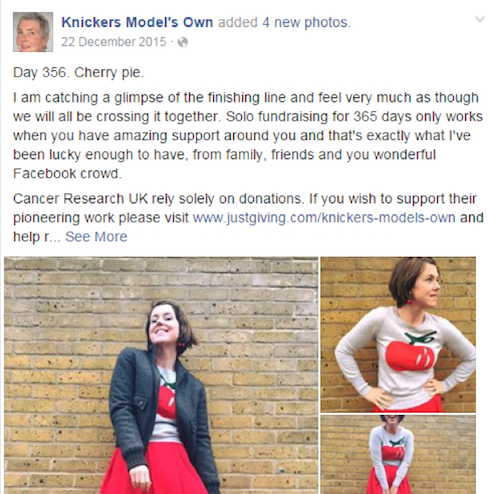 Caroline is writing a book about her campaign (out later in the spring) and still continues to post about fashion. After all her achievements, I’m excited to see what she does next.

campaignCancer Research UKcaroline jonesfundraisingknickers models own
Zoe is director of Zoe Amar Communications, a marketing and digital communications consultancy who have worked with leading organisations including ActionAid, Crimestoppers, Macmillan and Anglia Ruskin University. She blogs for The Guardian about charities and communications and is on the advisory board for The Guardian Voluntary Sector Network. She co-founded the charity #socialceos awards.
Scroll To Top