Changing the world one hack at a time 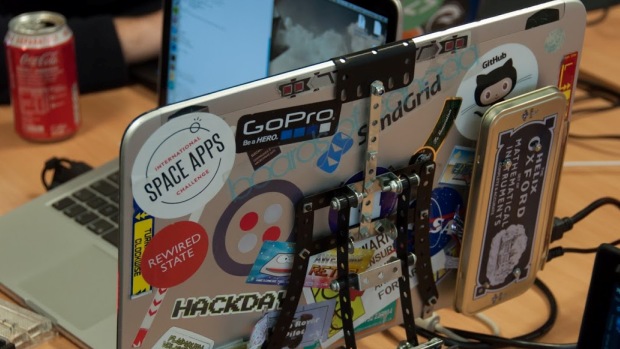 In the last year, as a technology team, we’ve started to invest more time and energy in the hack scene. Earlier this year we ran our own internal hack and here at JustGiving, as a tech for good company, we are always happy to support the developer community to build new apps for good. We thought we’d share two recent events we supported to highlight what can be developed when you enable people to come together. 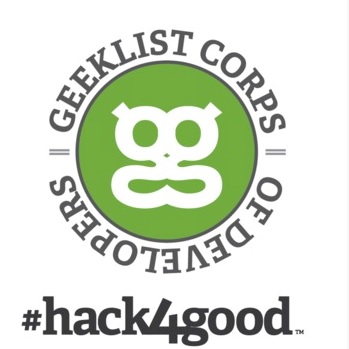 Born out of the success of the Typhoon DEC app (recently nominated for a JustGiving Award) that originated from a previous Hack4Good event, we chose to sponsor the global hack initiative. Billed as the planet’s biggest ever global hack against climate change, the event saw hundreds of software engineers, hackers, ui/ux designers, product makers, founders, thought leaders and civic-minded organisations gather across over 30 global cities to build projects and prototypes of technology solutions that addressed 15 specific global climate change challenges.

With JustGiving staff on the ground in London, Dublin and Melbourne to support our global ambitions (over a pretty intense 48 hour period), teams came together to try and develop applications that would tackle any of the 15 climate change challenges.

The winning hack was MyFutureClimate which attempts to show what a climate at any given location will be like in the future by performing real-time analysis of General Circulation Models (GCM) data. The team, based out of Minneapolis, highlight what can be delivered so quickly when you start with a blank piece of paper. You can see the rest of the winning ideas here.

Special mention also to our own intern, Pawel Sawicz, who was in a virtual team split between London, Barcelona, and Los Angeles and whose WePromise idea was shortlisted as one of the 12 theme winners. Nice work Pawel!

Now in its second year, Hackference is a mini technology summit with a two-day hack bolted on at the end. The goal for the weekend is for attendees to try something new, such as learning a new language or mashing together APIs they’ve never used before. There is no topic or theme and, refreshingly, it’s held in Birmingham which means a chance to escape London and see how the rest of the country hacks for good. 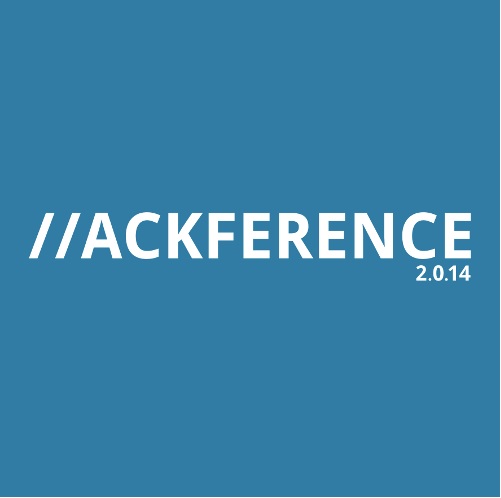 Great time at #hackference14 – built something that I can possibly turn into a product.

We were delighted to be sponsoring the event and offering up some prizes for the best use of JustGiving’s technology, which in the end went to the fun Random Act of Giving app built by Stephen Brown and Antony Stevenson. In short the service finds you a random JustGiving fundraiser to donate to via Twitter.

The idea came about while walking through town and being approached by a man asking me to donate to a charity he was representing. I declined his request as I had already donated to a friend’s JustGiving page that day but it got me thinking about those who go out of their way to complete races, climb mountains and perform dangerous feats to raise money for a cause that will probably not pay as much dividends as that man in the street. The idea didn’t really formulate until I saw that JustGiving were a sponsor for Hackference, a technology driven event in Birmingham that myself and my colleagues were attending the next week. It was here the Random act of Giving app was born.

The great news is that the appetite for hacks looks to be never ending. If you want to keep track of what’s happening, sign up to the Hackathon & Jams Meetup group that seems to list most UK based events

You can usually find something happening each weekend across a variety of themes. In the short term, JustGiving will be at the hotly anticipated PayPal Battlehack. Now in it’s second year, this global hackathon sees entrants compete for their own exclusive axe and the chance to reach the grand final held in California at PayPal’s HQ. Probably the hottest hack ticket in town and we’ll be there with our platform available to those that want to build apps for good.

Here at JustGiving, there is certainly appetite to run another internal hack as we did with JustHacking back in April of this year. Two of the last event’s submissions are now being used in and outside of the office and, with Google Glass and Apple Watch on the horizon, there is talk of what can be done with these new technologies to transform giving on the go. JustHacking 2.0 you might say!

Outside of Cancer Research UK, are there any charities thinking of turning to hacks as a means of testing or validating ideas for process improvement? If there are we’d love to hear from you. Perhaps there is something we can do together? Get in touch and follow us on Twitter at @jghackers.

APIshackhack4goodhackerencetechnology
Jamie Parkins is the API product manager at JustGiving. He specialises in developing the services and technologies that enable charities, agencies and a growing community of developers to build applications that utilise JustGiving's technologies.
Scroll To Top