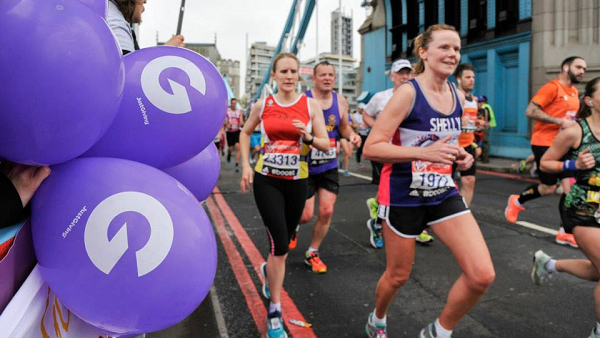 The London marathon is an important fundraising event for many charities, with each place having the potential to generate valuable funds. This is why no matter how well your campaigns have done in the past, there’s always room to make them bigger and better!

We asked three charities, who had standout success in 2019, what top tip they would give to other charities and why people should give it a go in their London marathon 2020 campaigns.

Get to know your runners and their needs

“Your supporter journey will guide fundraisers through your charity and their marathon experience, so it’s key you understand your audience and what they want from you. Ensure you lead with the information they need to know, and not what you want to tell them.

We took a step back and re-evaluated our supporter journey, starting with our audience. We looked at who takes part in The London marathon, thinking about common motivations, queries, concerns, and goals. Using this, we built three broad personas and ensured each touchpoint in our supporter journey satisfied elements of each persona. By really getting to know our audience we were able to give our fundraisers the information they needed, in the way they wanted it. As a result, our participants started fundraising earlier and we’ve been consistently ahead on income compared to the last two years.”

💡 BE INSPIRED: Take a look at Scope’s 2019 London marathon campaign

Encourage fundraisers to lead by example

“We recommend that you contact your runners or supporters and suggest that they make an initial donation themselves on their fundraising page, whatever amount. People don’t like to be the first so by fundraisers adding the first donation they can lead by example.

This also goes for sharing fundraising pages, fundraisers should lead by example and share their page as soon as they can.”

💡 BE INSPIRED: Take a look a Phabkids’ 2019 London marathon campaign

“Having more of a focus on the stewardship of Team YMCA runners was definitely one of the main reasons we were able to successfully grow our London marathon campaign.

We decided not to have such a focus on talking about fundraising in a forward manner but instead, on giving our runners a more in-depth look at the support we offer to the young people and local communities that we work with. We aimed to bring our work to life by introducing the team to a YMCA beneficiary and sharing his story. We wanted to take our runners on his journey of coming to YMCA as a homeless young person and showcasing where he is now, to represent the true value of our work and to grow our runner’s affinity to YMCA. We were able to grow our income by almost 100%.”

💡BE INSPIRED: Take a look at YMCA’s 2019 London marathon campaign

Ready for more tips and insight?

FREE WEBINAR available to watch now: How to raise more at London marathon 2020