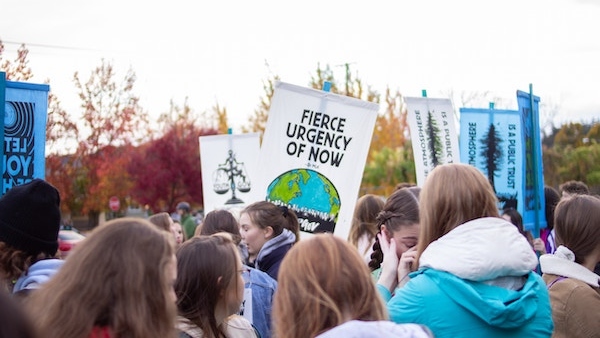 Gather round – it’s time to talk about copywriting for activism!

Writing compelling, motivating, inspirational emails is challenging. There are thousands of problems in this world to fix and you have just a few emails to do it in. Campaign copywriting is a bit of a balancing act: write enough story to draw your reader in, but not so much that they lose attention.

Let’s strip it back to the basics, and learn how to tell a story that inspires action.

The art of the plan

Work out your plan before you start writing – this will form the structure of your email. Which parts do you want to talk about, and when?

Sketch it out in a blank document – and when you think of great turns of phrase or extra details, you can jot them down, chop and change things, and stitch it all together.

The crisis-opportunity email is an activist classic. If you’ve ever read an email from Change.org, Greenpeace, SumOfUs or Avaaz, you’ve seen this one before. It’s popular because it works.

Firstly, introduce the crisis: the horrible problem that everyone needs to be worried about – but one that’s not so insurmountable that it’s impossible to fix. Then introduce the opportunity for effective, immediate action. Here’s how it works:

In this type of email – also called the reader-focused theory of change – the reader becomes the central point of your email. They’re the hero of the story, and without them, the problem can’t be solved.

If you are starting to compose campaigning actions for your supporters, you might not know what kind of storytelling they respond best to yet. It’s worth conducting some A/B testing of the two types on different audiences to see which works best.

In Part 2 we’ll be sharing 10 top tips for inspiring action with your writing – so check back again soon!