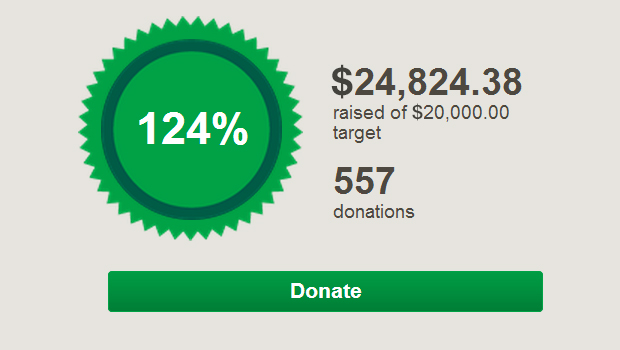 Our data scientists spend a lot of time crunching and analysing numbers. Not just because they’re maths geeks (which they are) but because, by understanding the data, they can help fundraisers raise more money for the causes they care about. 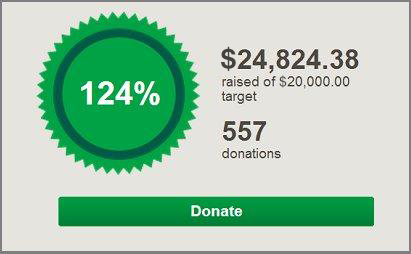 Our prior research confirmed that fundraising pages with targets raise more money than those with a target value of zero. We also know that the fundraising target has to be realistic in order to have a chance of successfully reaching its target. In the past, targets on JustGiving were automatically set to zero and around 45% of people kept their target at zero. So we started thinking how we could encourage people to set a target so that they ultimately raised more for their chosen charity.

Looking at the wealth of data that we have, we set about creating a new smart target value using an algorithm developed by one of our data scientists Antonios Koutsourelis. It calculates and suggests a fundraising target based on lots of data points – all in the blink of an eye. It considers someone’s past fundraising, demographics and the type of event or fundraising challenge they’re doing. For example, if you were running a 10k and had run a marathon in the past, the new smart target would most likely be around £200 to £250. In order to be able to tell whether our smart target would help people raise more money, we created three test groups:

Around 70,000 fundraising pages were tested and these were the results:

Essentially, what this means is that by applying a smart target to a fundraiser’s page, they are less likely to change the target and more likely to reach their target. This is significant for charities as our research also shows that fundraisers who reach or exceed their target are much more likely to want to fundraise again in the future.

If you’re interested in more insights from us, read these related articles:

datafundraisingjustgiving innovationresearchsmart targetstatistics
Passionate about using digital channels to communicate with and for charities, Kirsty is a freelance digital communications specialist and accredited trainer. A regular blogger for Third Sector and other sector publications, she is always keen to share her experiences and knowledge with others and help them achieve their goals. She has helped hundreds of charity staff hone their social media and digital marketing skills over the years and understand the importance of good content. She is a trustee of the Small Charities Coalition and in 2016 won a CharityComms Inspiring Communicator Award.
Scroll To Top