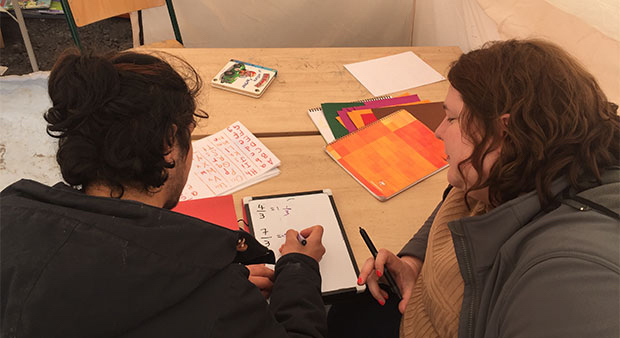 Meet Hossein. He’s from Kurdistan and speaks fluent Kurdish and Persian, his English is excellent and he also has a good grasp of French. He’s 16 years old and an unaccompanied minor in one of the newest migrant camps in Grande-Synthe, near Dunkerque.

Hossein is, in many respects, a typical 16-year old boy. Except, unlike most average teenagers, he doesn’t have any interest in drinking or smoking.

The journey that led him to Grande-Synthe is far removed from what a typical 16-year old would experience, however. He travelled to Turkey unaccompanied, only contacting his family once he’d safely crossed the border. His mother is currently in an Iraqi hospital being treated for a heart condition.

I met him two Mondays ago on my first day as a volunteer teacher for Education Aid. 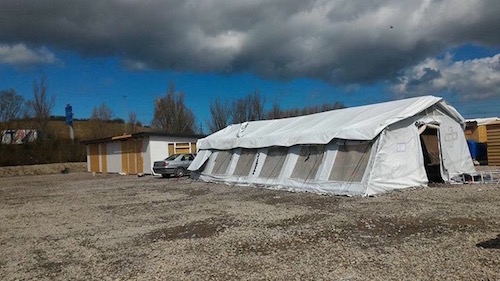 When he arrived at the camp, he was one of four unaccompanied minors assigned to hut 67, roughly the size of a garden shed. In the five days I spent teaching there, he was forced to move huts twice.

Hossein spent 48 hours wondering up and down the camp talking to all the relevant authorities who would listen, in every language he speaks, in order to find a bed for the night. 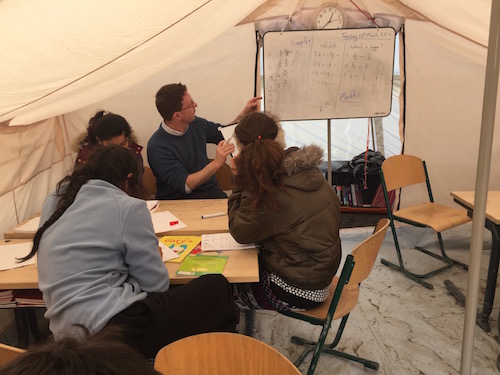 Nearly every day he comes to school, and concentrates hard on learning new literacy and numeracy skills. He is determined to perfect whichever language he needs in order to gain permanent residency in either France or the UK. On both the Tuesday and Wednesday he missed his 10am morning lesson. When I heard about his living situation it became apparent that he needed much more than the educational and pastoral support that I am trained to give.

At the time of writing this post, we hadn’t seen Hossein for three days. He later turned up, we believe, in Paris. All four inhabitants of hut 67 have now ‘disappeared’, just one month after their arrival.

We know he has a legitimate right to claim asylum in the UK.

Rory Fox, Co-founder of Education Aid, estimates that across the camp we ‘lose’ roughly 5% of students a week. Many of them we will never see again.

Hossein is one of sixty or so children that I met and taught under the charity Education Aid. This small, brand new charity was founded by Rory and Ginny Parry. Both are qualified, DBS checked, British teachers. Rory is a ‘super head’ and Ginny has been teaching for over 15 years. They are in desperate need of financial donations and skilled volunteer teachers. No more books or pencils please.

“It’s easy to lose sight of what is being achieved in the camp. We know at least a dozen children who we have prevailed upon to refuse to get into lorries and go missing. We know of at least half a dozen who were in various states of depression, but are all in recovery now, because of the normalising routines of school. We are determined to keep focused on working for the benefit of the other children.” Rory Fox, Co-founder of Education Aid