Digital things we’re keeping an eye on this week 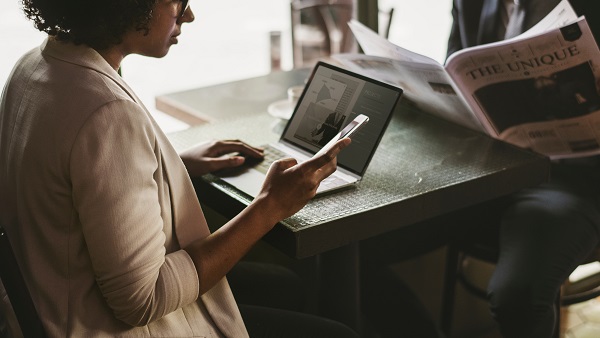 Here are the digital and fundraising things we’re keeping an eye on this week, and what they mean for you.

Instagram is testing out new algorithms to put a stop to vanity metrics – and their target is ‘like’ metrics. Where a post used to say, ‘liked by JustGiving and 12,000 others’, Instagram is stripping out the number entirely.
What does this mean? The experiment is telegraphing a broader, social media-wide shift away from vanity metrics like follower counts and page likes, and towards engagement. Relationship-building is still king.
Instagram Stories was specifically developed as a way for users to break away from the social pressure of generating likes on a post, and bringing the platform back to its authentic, engagement-driven roots. In 2017, we definitively concluded that follower count – whether on Instagram or Facebook – had no discernible impact on how many times your content was seen or how effective it was.
It’s time to switch gears a little into producing effective storytelling content that gets people to share your content, and engaging closely with the supporters who do.

Twitter is readying itself to launch a ‘hide reply’ feature

As part of a concerted social media effort to crack down on tribalism, Twitter has confirmed its plans to allow users to hide replies. The feature, which launches in June, is an experiment allowing the original poster to control which tweets appear in their conversation threads.There are two ways this could go: it could silence valid debate, but it could also mean that abusive, trolling or hateful comments and users could easily be tucked away out of sight and out of mind. On Twitter, which has been under the microscope for its inability to effectively police millions of bot and troll accounts or abusive content, the move could actually be a welcome strategy. (In contrast, Facebook and Instagram routinely exercises banning rights against its community guidelines and allow users to delete or hide troll comments.)

What it does mean, however, is that people will likely be encouraged to share their thoughts and opinions in a way where they’re not constantly preparing for abuse. If you don’t have an up-to-date strategy for dealing with Twitter trolls, it’s time to set some community guidelines for your social media teams.

The internet is a beautiful place, and historically, the sector’s taken advantage of this free flow of information to spur massive movements, educate millions, and build global communities. Access to data has become a double-edged sword for digitally-savvy organisations: with growing access to a mountain of user data comes the very real privacy risks of processing and storing people’s personal information.

It’s going to get slightly harder, though, especially if you’re a youth-run or youth-oriented charity: the ICO is contemplating an outright ban on likes on Facebook-owned platforms and Snapchat streaks unless social media platforms curb data collection on young people. The ban applies to providers who collect user data on under 18s, and not third parties – but it does mean that youth charities should be prepared to face challenges in understanding and marketing to your audiences.

The consultation ends on the 31st of May.

Instagram’s rolled out a quiz sticker

We’d like to stop here to re-iterate that relationship-building is king, because all the neon signs are pointing in that direction: Instagram has just rolled out a quiz sticker (paywalled).

Whack this onto your Instagram stories and ask your supporters all sorts of questions. Best topping for a pancake: bacon, maple syrup, bananas? Which superstar influencer is going to raise the most for our campaign by the end of the day today? What do you think is the UK’s actual level of foreign aid as a percentage of GDP?

Years ago, we used to have to pay developers to design fun, interactive quizzes. Now Instagram is bringing it right to our front door. If you want something quick, easy, and engaging for your supporters – this is a great thing to try out.

I was devastated by the news that the Notre Dame had been ravaged by fire last week. I’d been in Paris not too long ago, too impatient to brave the snaking line of tourists around the block, but happy to sit out the front resting my feet with a coffee and lemon cake, taking in the age-old architecture.

But beyond my sadness for the damage to a historic landmark, there was a question about what we can learn from the response by donors.

Firstly, donors are driven by emotion. We react instinctively because something has happened that’s been devastating: that’s why appeals do well, too. And humans are natural problem solvers: we feel the need to fix things. As a sector, there are learnings to be taken away here about the way that we communicate need and tell stories.

Secondly, donors are driven by tangibility. Homelessness, poverty and sickness all seem like intractable, endless problems for which money provides a welcome but temporary relief. Notre Dame generated millions because there was a tangible fix in sight: rebuilding the spire. When you communicate your work, you need to communicate tangibility: a clear theory of impact, a real, nearly touchable way that someone’s donation is going to change the world.

Thirdly, donors are driven by urgency. Only two years ago, the diocese needed 150 million euros to restore the cathedral; former President Francois Hollande agreed to contribute 4 million. The same cause, with the same purpose: only now, it was all over TV and burning down. When writing theory of change, we advise clients to include urgency messaging tailored to the individual where possible: if you do this today, then we can do this; if we miss this opportunity now, this bad thing will happen and we won’t get another chance to stop it for years.

Fourthly, donors are responsive to short, sharp and authentic saturation. It wasn’t just the seven o’clock news that showed videos of the Notre Dame burning. For hours, social media was taken over by user-driven content: people taking live videos at the scene, people sharing photographs on their channels, people sharing their memories from their holidays to Paris, people tweeting about it. As a charity, it’s hard to re-create this level of media frenzy – but we’ve seen it work before. Bridges Not Walls, the Trump Protest: all were public-facing events with huge media coverage that boosted their cause and their impact.

What are the things you’re keeping an eye on this week? Let us know in the comments!