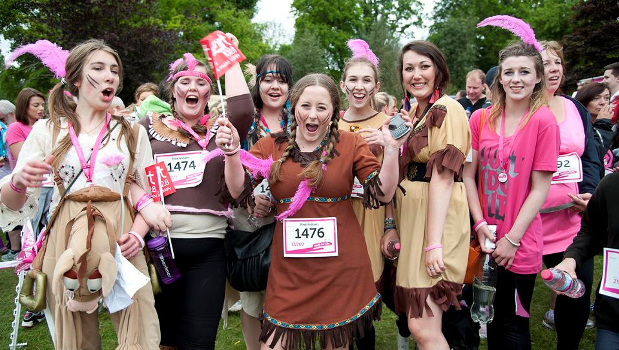 At JustGiving, we’ve found a way to monetise Facebook by encouraging people to share their actions from our site with their Facebook friends. Specifically, when someone sponsors a friend who’s taking part in a fundraising event we will prompt them to share a link to their friend’s donation page on Facebook.

We recognise that some people don’t like sharing how much they give to charity, or that they give to charity at all, so we ensure our request makes it clear that sharing charitable information is a great way of helping others to raise more money.  After all, sharing is an altruistic act and not a way to show off generosity.

Whilst we promote sharing to Facebook, Twitter, LinkedIn and by email, Facebook is by far the most popular option and accounts for 90% of our total shares. This is not entirely surprising given Facebook’s scale compared to the other networks and that most people use Facebook to ask their friends to sponsor them.

Redeveloping our website to encourage and highlight social sharing has had a massive impact on the number of donations made, raising an extra £1 million in eight months. For every share a donor makes to a social network, a certain percentage of their friends will see it, click on it and make another donation with JustGiving. Our data shows that this means each share to Facebook is worth on average an extra £4.50. In contrast, sharing to Twitter is worth £1.80 and LinkedIn £3.30. From September 2011 to April 2012, Facebook sharing generated over £925,000, Twitter £55,000 and LinkedIn £22,000.

The impact of sharing

What has been fascinating to observe is how the impact of sharing on Facebook changes depending on the context of who is sharing and what they’re sharing. For example, if a donor shares a message on Facebook about them donating directly to a charity, it’s worth £1 per share. And if someone shares a message about donating to a friend’s fundraising page, it’s worth around £5. But if a fundraiser (i.e. someone taking part in a fundraising event for a charity) shares a text update about their event, it is worth around £12 per share. Incredibly, if a fundraiser records and shares a video about their event, the average value per share increases to £18.

In each instance, shared content appears in a Facebook newsfeed in broadly the same way, but the motivation and interest of the messages is totally different. It may be self-evident on reflection that individuals in a social network are more likely to respond to someone doing something for charity than just donating to charity, but the way we built our product and track our data proves that this is actual behaviour. We like to summarise this as ‘the greater the effort of the individual, the greater the response from their network’.

How charities can benefit

So what does this mean for charities wanting to use Facebook to raise money? Well, it proves that encouraging people to share their charitable actions on Facebook helps to raise more money and that extra care should be taken on how people are encouraged to share.

Most non-profits will have a way of accepting donations online, but very few of those processes actively encourage people to share their donations with friends. Given that each Facebook user has an average of 130 friends, just one share could help to reach people that the charity doesn’t have access to – and messages may also be more effective coming from a friend than from the charity itself.

In addition, non-profits should also encourage people to add more content to their shares, such as why the donor gave to that charity and the story behind their donation. Encouraging donors to share their motivation will make their share on the social network much more interesting and engaging to their friends and increase the impact it has.

To summarise, whether making a donation, signing up to a newsletter or registering for an event, people should be prompted to tell their friends on social networks what they did and equally importantly, why they did it.