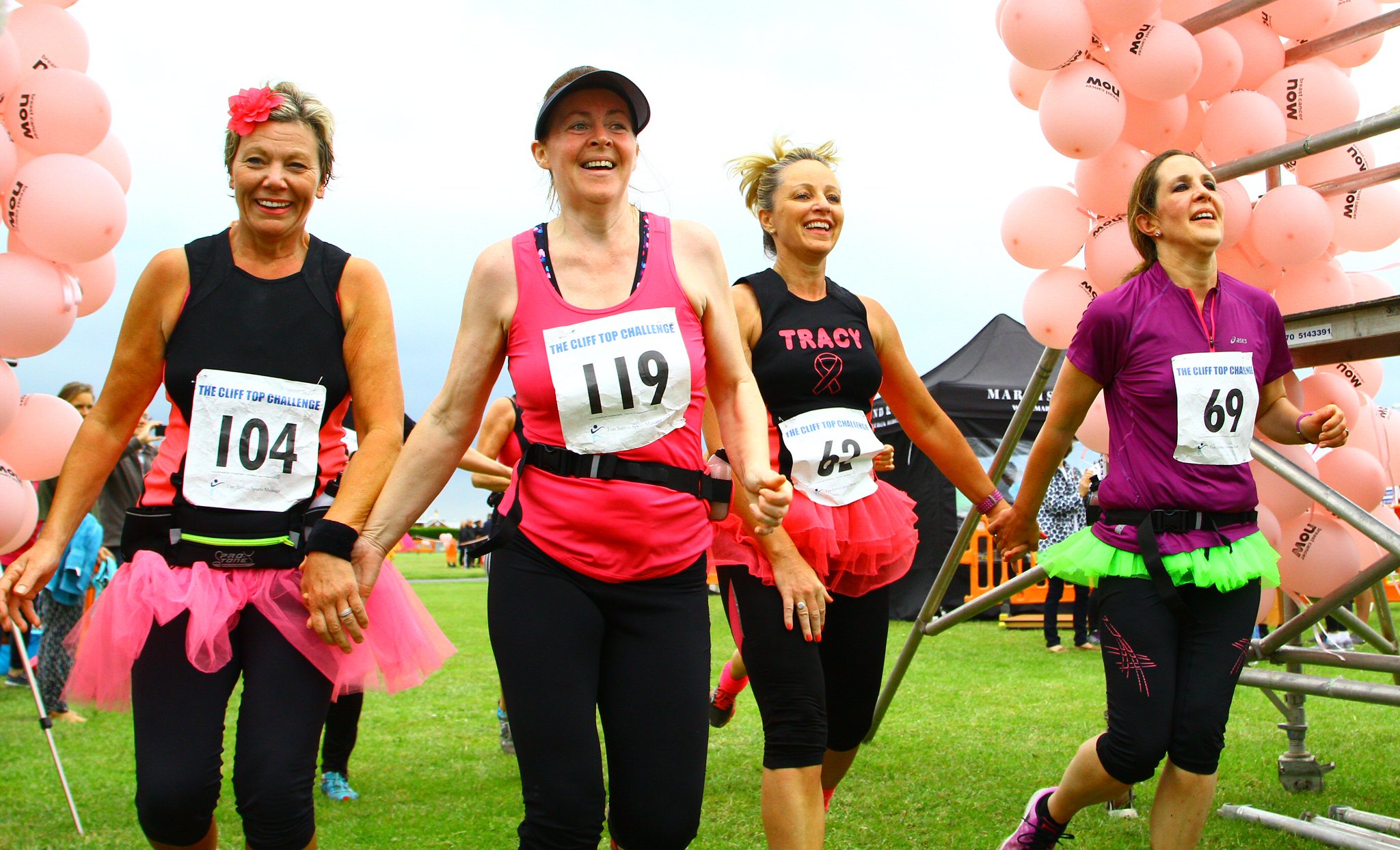 Think about social media for charities, and you probably think about your main Facebook Page. It fires out summaries of its press releases, occasionally case studies of its impact in the world and measures its impact in reach, likes, comments and shares.

But if your challenge fundraising teams aren’t maximising Facebook Groups for their events, they’re just not doing digital right.

Most medium to large charities have a chunky portfolio of challenge events, some of them with hundreds of participants each.

You can’t rely solely on your one-to-many comms to reach that number of people. You need to create new connections between the participants themselves. And with 45 million people in the UK, or 67% of the entire population on Facebook, then Facebook Groups is the best way to do this. People involved in communities on Facebook are more likely to fundraise, to support each other, and to do it again year on year.

It’s one thing for a paid challenge events officer to send out training tips – it’s quite another for someone with lived experience of your cause to share their own story. That kind of vulnerability around the importance of your charity’s work will do more for your average amount raised that 1,000 training tips emails from your team.

Live feedback from people who care

You can take a stab at what people think of your campaign or what questions they might have. You could even send out a survey to all of your campaign participants, speak to other charities or have a bit of a Google looking for ideas.

Or… you could could start a discussion in one of your Facebook groups. Get a bit of a natter going and find out what your most engaged supporters – the ones closest to your cause – think about your work. The conversations will probably spark some interesting and useful takeaways!

How to do it

Most medium to large charities have regional fundraisers, so splitting Facebook Groups regionally strengthens these networks.

If you have regional fundraising teams, encourage them to create a Facebook Group for their region where individual fundraisers can share links to their JustGiving pages, stories about how it’s going and requests for support.

Your challenge events portfolio is probably split by some typical activities – often running, walking and cycling. That’s exactly how Breast Cancer Now does it. 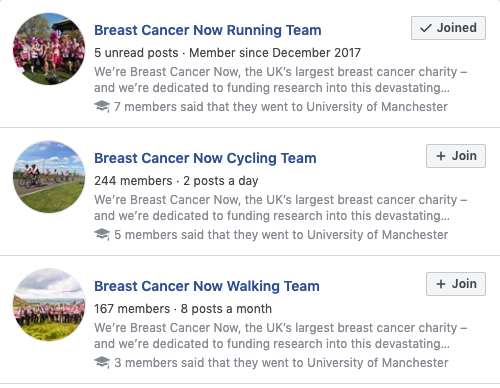 Their cycling team group in particular is extremely active, with around two posts a day. The community has clearly come together around the activity of cycling (which really does attract some geekily passionate people).

Now when they think about taking on a cycling challenge in future, what charity name do you think will be first and foremost in their mind? They’ll have gained so much value from being in this group that it’ll for sure be them.

Of course you can go super granular and just do one group for every event.

That’s what Breast Cancer Care have done with their Pink Ribbon Walk.

When you do that, there’s even life beyond the specific event.

I’m still part of the Breast Cancer Now running group from a fundraiser I did for them in 2017. It started as a place to share training tips and for trainees to feel less isolated. And now, people share their stories about their experience with breast cancer and encourage each other to join other fundraising initiatives. So it’s an excellent cross-marketing tool between supporters, not between the charity and supporters.

Does your charity use Facebook Groups to engage your supporters? Tell us about it in the comments!