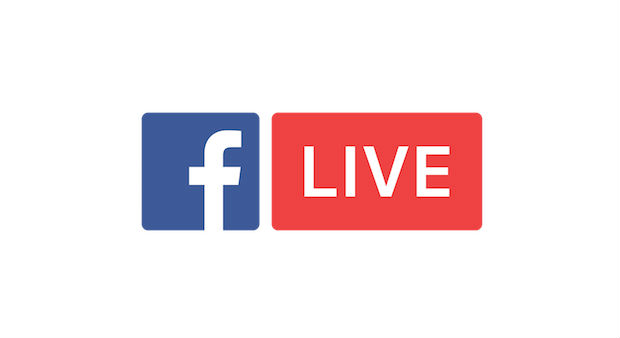 Facebook Live is a live video streaming service that lets anyone broadcast a video straight to Facebook.

Live streaming video can be a scary prospect, but with the right preparation, you can make it an outstanding success for your charity. Probably the most accessible option is Facebook Live, which can help you reach and engage a large audience easily and very cheaply. In this post, we’ll share some examples of charities already using it, as well as share some tips on how to go live on Facebook.

Teenage Cancer Trust’s live video from their Glasgow unit after a BBC documentary was viewed more than 14,000 times, had 362 reactions and 117 comments. An amazing level of engagement. 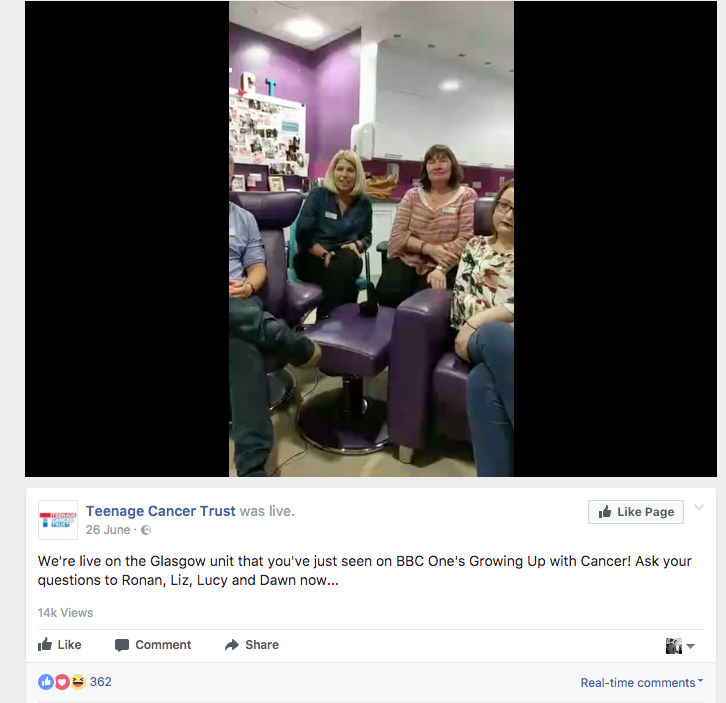 At The Prince’s Trust, I ran a Facebook Live Q&A with boy band celebrity ambassadors The Vamps and some Trust-supported young people, who were winners of the Tomorrow’s Talent retail design competition. 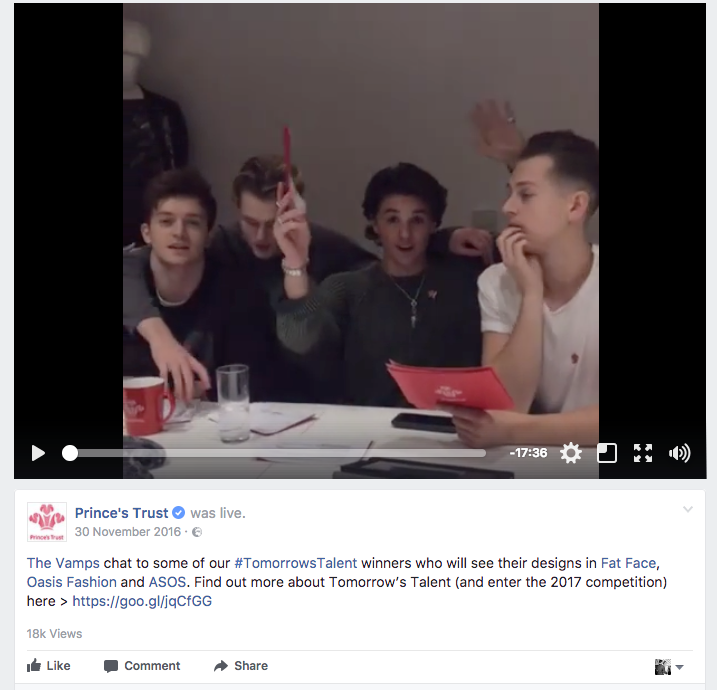 Here are some tips for running your own Facebook Live

First off, make sure you have a live audience! They’ll boost your engagement and push your live stream higher in news feeds.

To attract viewers, ensure you:

Teenage Cancer Trust ran theirs at a strategic moment when interest was high, immediately after the BBC TV documentary set in their Glasgow unit aired.

Most importantly, it allowed them to cover aspects of the charity’s work that weren’t featured in the documentary.

The Vamps attracted the perfect target audience for The Prince’s Trust. It helped us raise awareness of a competition open to Trust-supported young people.

The band also helped us to promote the event in advance, far wider than we could have done by ourselves.

Unless you’re lucky enough to have a technical set up, you’re probably going to be using a smartphone or tablet with the Facebook Pages app installed.

Location is crucial to add interest to your video and ensure your broadcast runs smoothly.

4. Before you go live

Preparation is the key – make sure you’ve covered all these bases before you press the button: 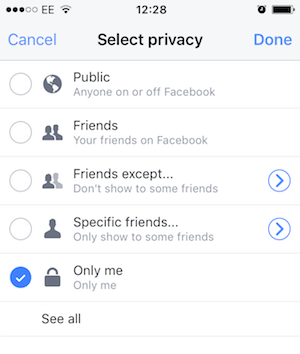 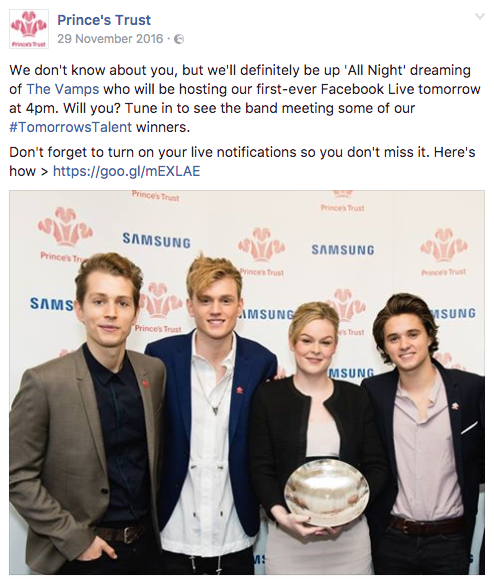 To make your broadcast as engaging as possible, follow these simple rules:

The key to running a successful Facebook Live video is to prepare and promote. Dan Papworth-Smyth, Digital Communications Manager at Teenage Cancer Trust, offers this piece of advice:

“Prepare questions to get the conversation going, but also prepare whoever you’re talking to so they feel comfortable and relaxed. The promote part is just to let people know that it’s happening as far in advance as possible, to ensure you get the largest engaged and interested audience possible, actively thinking of things to ask”.

Do you have any Facebook Live experiences and tips to share with other charities and non-profits? Let us know in the comments below.