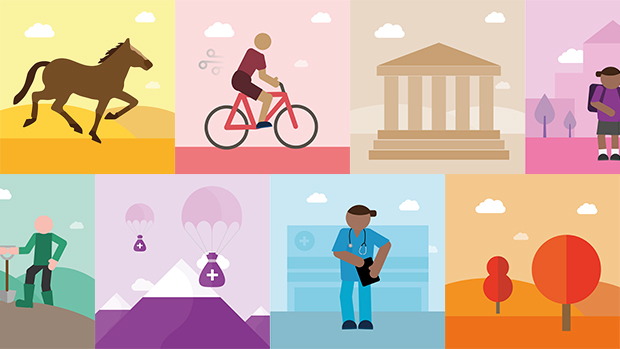 Every week at JustGiving we see loads of inspiring charity campaigns being set up and the range and breadth of them never ceases to amaze us. With a Campaign Page you can turn people power into donations and raise money fast.

We wanted to share a few inspiring Campaign pages with you.

Biscuit is a nine month old spaniel who is losing his sight. The RSPCA South East and West Devon Branch are looking to raise £650 to fund an operation to reconstruct his eyelids in order to save his eyesight. They are well on their way to reaching their target and we hope that the operation is a big success! 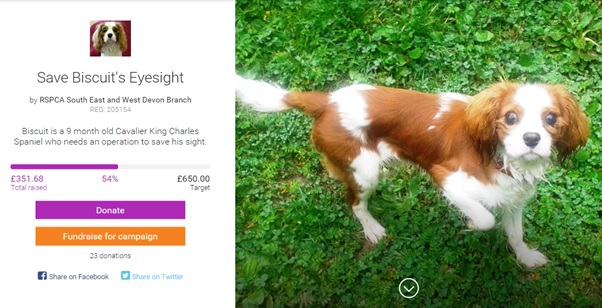 Safe Haven Childrens Trust are raising £5,000 to buy a new vehicle as they need a new bus to pick up and drop off local children at the Mlop Children’s Centre in Cambodia. The villages around the centre are far apart so they need the bus to ensure they can continue to provide a safe place for the children to learn and play. They’ve even added an extra incentive to their page – anyone who donates more than £50 will have their name painted on the new bus. We love the image of the children that they have used as their Campaign image!

Queen Elizabeth Hospital Birmingham Charity have got into the festive spirit already and have launched a Christmas Campaign on JustGiving. They are hoping to raise £12,000 to bring some Christmas cheer to the 1,000 people who have to spend Christmas Day in the hospital. The want to ‘deck the wards with boughs of holly’ to make the day really special. They have very succinctly explained what the money raised will be used for in their short statement.

A team of 20 from the Margaret Green Animal Rescue pulled a Boeing 737 on Bank Holiday Monday to raise funds for the rescue centre. What an incredible feat!

Visually Impaired Bowls England (V.I.B.E) are looking to raise £150,000 to encourage more visually impaired people to get into bowls. The money raised will help them fund their trip to Israel to compete in an international tournament and to allow them to compete in the World Blind Bowls Championships in South Africa in 2017. V.I.B.E receives no government or lottery funding so anything they raise will help them achieve these goals. The charity has used the story feature of the Campaign Page really well to explain why they need to raise £150,000 and what the money would be spent on.

campaignscreative campaignsfundraisingfundraising online
Camilla is a Customer Success Manager at JustGiving. She joined in 2012 to help bring JustGiving into new markets and is dedicated to ensuring charities from all over the world utilise the platform to its full potential and making sure they get the most out of our fundraising tools.
Scroll To Top