Fundraiser of the moment: Ronnie Sloan

Here at JustGiving we love a good story, which is why we couldn’t let this one slip the net.

Meet Ronnie Sloan. He’s got 35 marathons under his belt (most of them run dressed as a tartan Superman), has raised over £200,000 for charity and is chairman of SportsAid Scotland (formerly Scottish Sports Aid Trust). On their own these are great achievements, but when you add the fact Ronnie is 70 years old, we think that’s pretty amazing.

We couldn’t wait to hear Ronnie’s story. And whether you’re a fundraiser looking for some inspiration or a charity wanting to know how to inspire your fundraisers, we thought that you’d want to meet Ronnie too.

A wealth of experience

With 30 years of fundraising experience and some pretty impressive running times next to his name, Ronnie decided to embark on his 35th marathon last year.

By this point, Ronnie had run marathons all over the world and in 1992 presented Princess Margaret with a cheque for £100,000, en route to raising a staggering total of £225,000 for Children 1st.

The move to online fundraising

Using sponsorship forms and asking people for donations first-hand had worked spectacularly for 20 years. But for Ronnie, the transition to online fundraising in 2003 was a necessary one for the day and age.

This was no mean feat and interestingly, Ronnie started to notice a change in giving attitude. More people were sponsoring because it was now much easier to give.

On the flip side, they were now faced with more causes than ever. It became vital for Ronnie to tell his story well on paper, and to remain connected with his donors.

By 2013, Ronnie had created four fundraising pages, and his results didn’t disappoint.

So what tips does he have for others wanting to follow in his footsteps?

With a lifelong involvement in sport, in 1986 Ronnie became a trustee of SportsAid Scotland. The charity was founded in 1980 and helps provide financial grants to talented sporting youngsters. This was a cause Ronnie had always felt strongly about and after 23 years as a trustee, he was asked to be chairman.

Apart from some sizeable corporate sponsors, the charity remains fairly small, with most of their fundraisers acquired through friends and family of trustees’ sporting connections.

One particular fundraiser is 33-year-old Ewen Logie, who discovered the charity when he was left feeling inspired by the Olympics and wanted to support aspiring Scottish athletes. So he set himself a physical challenge of 700 consecutive days training and has so far raised an incredible £1,815 towards his 2014 target.

What’s Ronnie’s advice for other charities wanting to inspire their fundraisers? 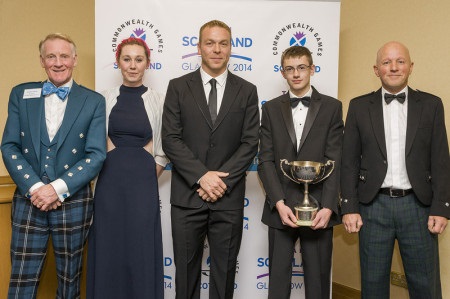 At 70, Ronnie is still running and dedicated to holding onto the feel-good factor he gets from fundraising each time. A real inspiration, his story just goes to show that a little experience can go a long way.

Well done Ronnie and keep up the good work!

If you’d like to follow in Ronnie’s footsteps, email him at ronnie@sloan42.fsnet.co.uk for details of a free charity entry for this year’s Loch Ness Marathon on 28th September.

Has your charity got any inspiring fundraising tales to tell? We’d love to hear them so let us know by filling in the form below.

event fundraisingmarathononline fundraising
Catriona makes sure the JustGiving Community is supported across our social and digital channels, whilst telling the stories of our amazing fundraisers and donors to help inspire others.
Scroll To Top