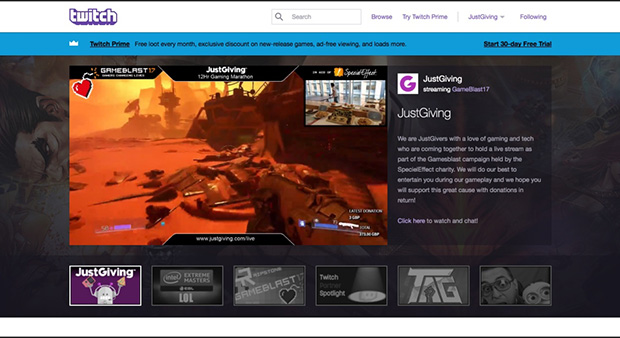 This year the JustGiving Software Development team took part in SpecialEffect’s gaming marathon campaign GameBlast. Together with 300 other teams and countless supporters we helped to make a huge difference to the lives of disabled gamers, raising a total of over £100k in a  single weekend.

Research firm Newzoo estimate the global gaming market to be worth $99.6 billion in 2016. Other stats from the US-based ESA estimates the average gamers age to be 35 years with about a 50% gender split. For charities the encouraging news is that these numbers indicate a mature audience in great numbers with money to spend, yet surprisingly only a few UK charities are exploring gaming to support their causes.

Here are some examples, the League of Legends (LoL) tournament that was streamed back in October 2016 had a simultaneous viewership that peaked at 14.7 million people, with 43 million total unique viewers during the competition. Syndicate, a well known YouTuber and gamer raised over £150k for the Motor Neurone Disease Association on the JustGiving platform. Finally there is B0aty who you can watch on Twitch.tv who helped to raise over £75k for McMillan.

With numbers like these, mass-participation gaming events could one day have the same fundraising impact as the more traditional marathons and swimathons if promoted on a similar scale. 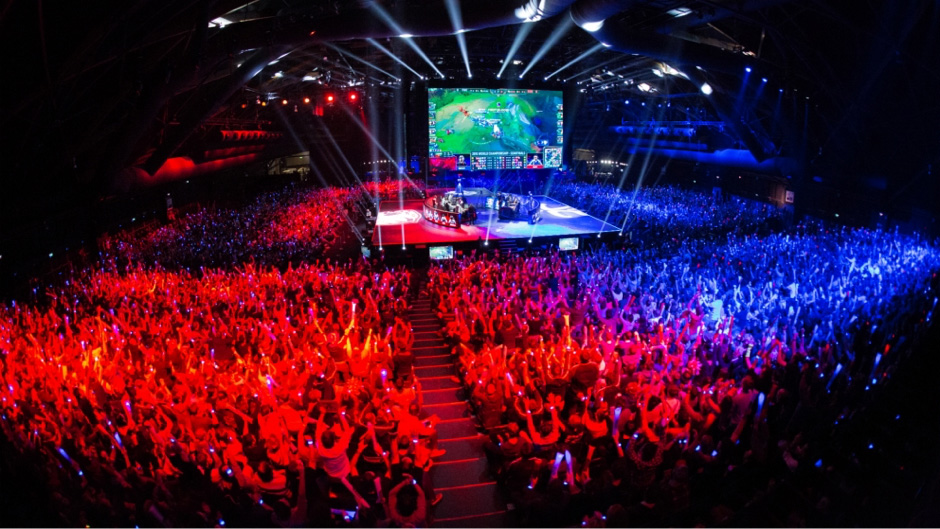 A campaign like GameBlast is an easy way to convert gamers into givers. In the case of SpecialEffect they reached out to gamers as helping each other is what gamers do best! Leading cancer organisation Macmillan with their GameChangers campaign successfully linked gamers and supporters to make a difference for people suffering from cancer. To gather the crowds charities could target companies. GameBlast teams come from Sega, Ripstone, GAME online. Fundraisers like this are a great team building exercise and they cost companies very little to organise, which can make them a really attractive option for companies to participate in.

“Sponsored gaming marathons like GameBlast are a natural fit for our charity as our work has an affinity with the gaming community. That’s why it’s now an annual event that raises significant funds alongside the more traditional challenge events. It allows us to connect with people who very much understand the significance of the difference we’re making.” Mark Saville, SpecialEffect

To give you a better idea of what gear and skills gaming events participants need, here is what the JustGiving Hackers team built this year:

Two desktop PC’s four controllers each, we chose games that were not too demanding on hardware from Steam, including multiplayer games such as SpeedRunners, Gang Beasts or Octodad. Every stand was surrounded by sofas and other seating to accommodate up to four players at a time. We used Open Broadcaster Software (OBS) to capture the games on the screens as well as the players. We started the stream at lunch time and anyone who could spare their work time jumped in and played. In the evening there were about 20 of us competing between each other. 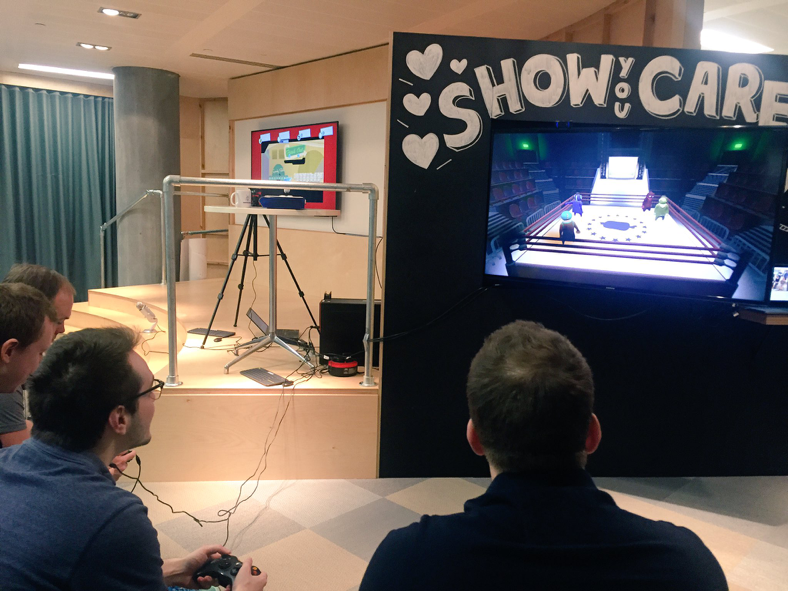 We used OBS on a dedicated directors PC and combined all our sources into one stream. Our director set up a switch in-between and the result was great. We placed a donate button on the panels under our twitch stream and constructed a specialised fundraising web page with an embedded stream. A Streamnotify overlay provided real time notifications including latest donations and total raised.

Social media was our main promotion channel, and we also had cake sale and notified people via Twitch.tv. We got lucky (thank you SpecialEffects) and for couple of hours our stream appeared in featured streams on the twitch.tv homepage. At that time our viewership spiked to 250 people. During the 12h stream we talked to the viewers, cheered donations and had a good time. 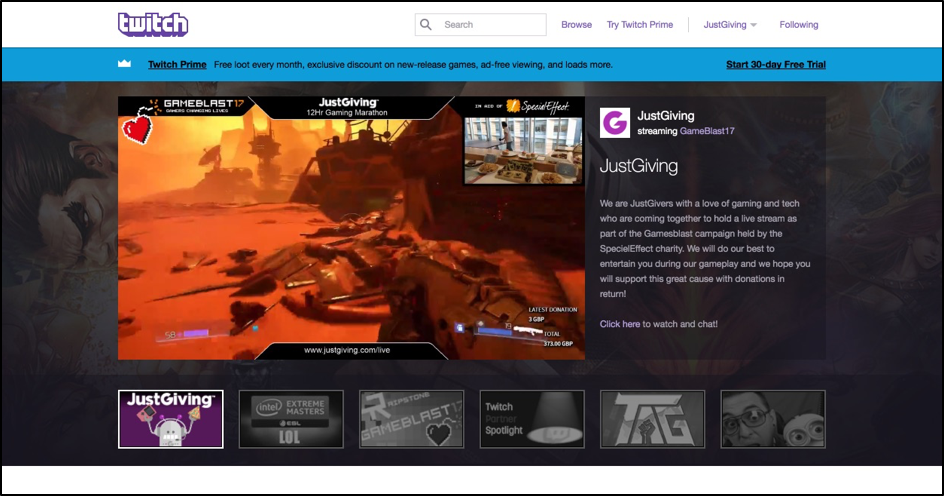 JustGiving stream on the front page of twitch.tv

The set up is very simple to organise and isn’t in anyway complicated for a gamer or IT department. We managed to plan and set up the hardware in just a few days after work and spent a few lunch breaks testing the stream stability, scene switching and researching game titles. We helped SpecialEffects to raise 2% of their target and we will be back next year. 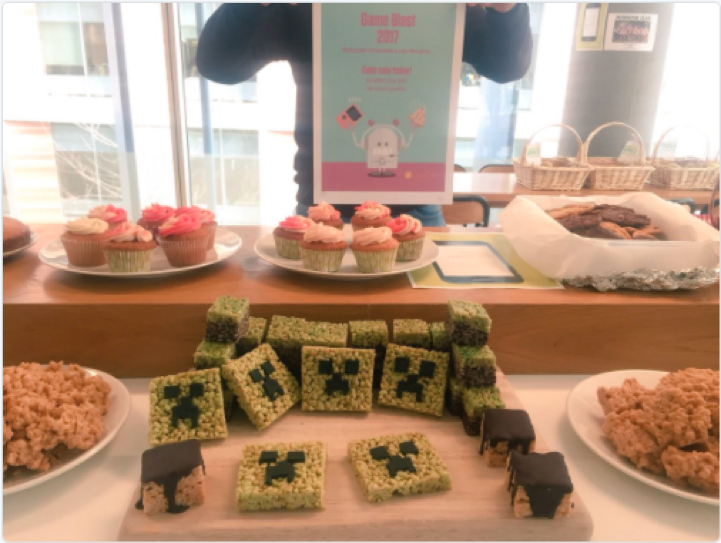 Good luck with your future gaming events! Let us know how you get on!

YOU'VE DONE IT! Thanks to your incredible support we've just reached our target of an AMAZING £100k! THANK YOU FROM EVERYONE @SpecialEffect! pic.twitter.com/53KQC3Wtfj