How Alzheimer’s Research UK is cracking the gaming industry 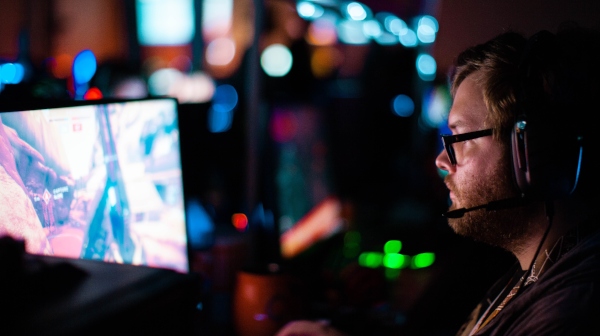 Alzheimer’s Research UK is doing some really interesting and exciting activities around gaming and the gaming community. We chatted to Lucy Squance, Director of Supporter-led Fundraising, about their plans.

Hi, Lucy! How does ARUK engage with the gaming community?

At a foundation level we currently engage with the gaming community through DIY fundraising, encouraging those who game to do what they love and raise money for Alzheimer’s Research UK.

As a brand, we push to be brave and innovative. We introduce products, content and opportunities for consumers that buck the trend of what they would expect a dementia charity to deliver. We’ve been fortunate enough to work with Google and tech developers Visyon to develop a VR experience for dementia and have presented about this project in the UK and around the world as one of the first brands (NGO or otherwise) to use VR to communicate.

A lot of the team are gaming fans – we co-created the multi-award winning Sea Hero Quest with our partners Deutsche Telecom and game designers Glitchers. This citizen science mobile maze game helps our scientists at UCL understand how human navigation varies over time and by sex or region to help develop more sensitive diagnostic tools for when these abilities are lost in the early stages of dementia. Over four million people have played the game and taken part, giving scientists millions of hours’ worth of user data to analyse, making it the biggest citizen science game ever.

We have a cross-team working group looking at new opportunities in gaming and how we can use our current skills and resources to respond quickly to new opportunities and create a culture of embracing this exciting new area of our work.

We’re very interested in bringing new offers to our supporters and engaging the public in our amazing scientific mission. We are high tech people and want to embrace tech in our offers.

What have you learned along the way in terms of good and not-so-good practice with gaming for good? What should other charities be aware of?

We are still learning and exploring. What we do know is:

This is a huge opportunity for charities and something that they shouldn’t be scared of. We are speaking to game developers, trade bodies, influencers and gamers to gain deeper insight into their world, asking directly what resonates with them.

We have three core areas we are currently exploring:

What do you think is the future for gaming and fundraising?

Charity gaming events are a great way for you to have fun and raise some money for a good cause at the same time! Check out JustGiving’s work around gaming for social good here.