How charities are using mobile to innovate 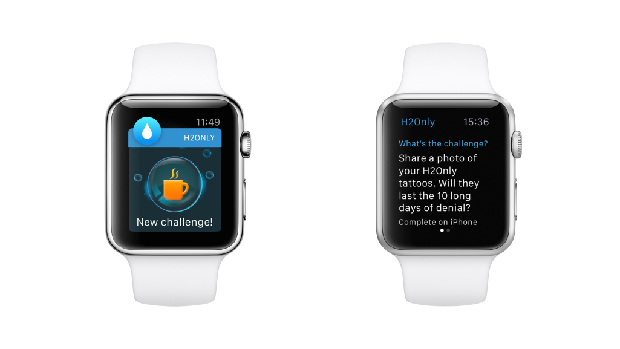 By 2020 there will be 6.1 billion smartphone users –  more than double the 2.6 billion users recorded in 2014. So it’s no wonder that charities are using mobile to run innovative campaigns, connecting with more supporters and generating income. Zoe Amar looks at three charities innovating with mobile.

Innovation needs to be meaningful

Just doing something new for its own sake is not enough. Paul de Gregorio, Head of Mobile at Open Fundraising, thinks charities should focus on the following areas.

‘When we’re looking at innovation we’re looking at 3 key things: what phones can do, what people are actually doing on their phones and what drives the highest response in terms of income. Focusing on the coolest new feature alone isn’t enough,’ he says.

Let’s look at how three charities are using mobile to innovate.

The RNLI have trialled a number of mobile innovations over the past year, including the first Apple Watch App from a UK charity.

The main stand out for them was their trial of social messaging app Snapchat. They used the platform to give a glimpse into the day of a lifeguard, sharing live photo and video footage from the beach, and snaps of beach safety advice, recruitment information and a Q and A session with a lifeguard. This connected supporters with the lifesaving work carried out by the lifeguards on patrol, and showed that the younger demographic on the platform were interested in the RNLI. The charity gained more than 1,000 followers in the first 24 hours.

Innovation involves risks so it’s important to go into mobile innovation with an open mind. The RNLI’s social media manager Becky Steeden told me that,

‘Last summer, for us, was about testing the platform and exploring its quirks and features; and whether anyone was interested in hearing from the RNLI on Snapchat! The biggest challenge was getting our heads around the safeguarding issues and the lack of analytics is also a drawback.’

Steeden counsels other charities using Snapchat to be brave, saying that, ‘You have to snap quickly or the moment is gone. Snapchat forcibly frees you up from brand style guidelines and approval processes – it’s risky but fun, and demands creativity in the moment. I think the ephemeral social media trend will be around for a while and mobile is integral to this. The challenge will be working out where we fit in and what real benefits it can bring our charity.

Charities can also use mobile innovations to campaign. De Gregorio says, ‘I love Amnesty’s ‘Pocket Protest‘ as it puts activism into the phones of a completely new audience.’ This SMS action network encourages people to take action via their smartphones. Amnesty texts network members with news about someone who needs urgent support, such as an outspoken blogger who has disappeared, and then asks them to text back if they’d like to take action, such as signing a petition. To date the network has more than 70,000 members.  It’s an innovative way to connect new audiences with your cause via mobile. 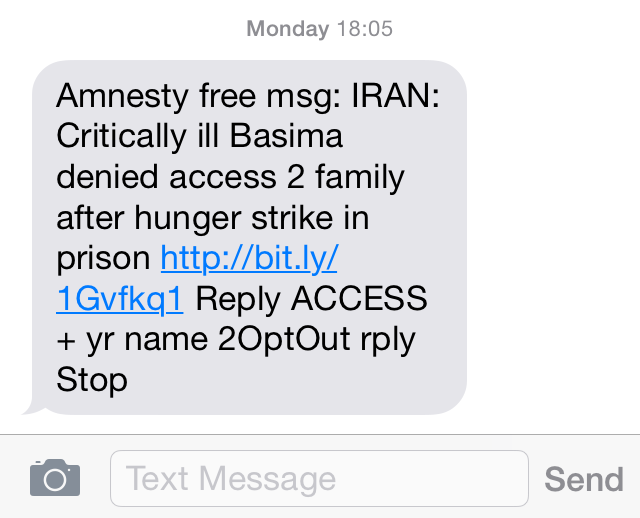 World Vision recently used mobile in a child sponsorship campaign. The charity and its agency, Open Fundraising, knew that if mobile was to be used successfully for child sponsorship, prospects needed to be introduced to the child. This required significant technical innovation via personalised SMS.

The campaign asked members of the public to register their interest in response to poster advertising by SMS, with conversion taking place with a follow-up call.

Potential sponsors texted BOY or GIRL which triggered the immediate sending of a unique photo so they could ‘meet’ their child as soon as possible. Personalised texts delivered the photo, introducing the child by name, their age and location.

Data was then transmitted to the telephone fundraising agency, so fundraisers knew exactly who the prospect had been introduced to and could seamlessly complete the story. Once a child had been ‘allocated’ to a potential sponsor it was removed as an option for future sponsors.

Looking to innovate with mobile? Register your interest in our Innovation Meetup.

campaigningfundraisinginnovationmobileSMS
Zoe is director of Zoe Amar Communications, a marketing and digital communications consultancy who have worked with leading organisations including ActionAid, Crimestoppers, Macmillan and Anglia Ruskin University. She blogs for The Guardian about charities and communications and is on the advisory board for The Guardian Voluntary Sector Network. She co-founded the charity #socialceos awards.
Scroll To Top