How to make big impact videos on a small budget 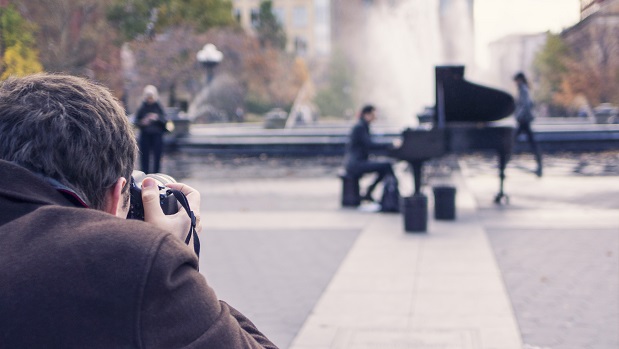 Video is such a powerful and popular tool for charities and with both Facebook and now Twitter launching their own embedded video, it’s becoming more of a necessity than a luxury. Jeremy Jeffs, founding partner of Magneto Films, shares his top tips to help you create impactful video on a budget.

There’s no need for video campaigns to cost the earth.

Careful planning and a well written brief will ensure that you get the most from your budget, whatever it may be. Here are three top tips for making your money go further:

You wouldn’t expect someone who runs a video production company to say so but sometimes the cheapest approach is the best. For simple films like case studies, showing what happened at events or even short thank you messages for your supporters, you can do quite a lot yourself.

One of my favourite examples comes from Keech Hospice – it’s a sweet video of what happened when two penguins (real ones!) came to visit.

It was shot by one of their staff members who happened to have a camera and it’s been viewed more than 114,000 times!

There are many cameras and smartphones out there that will capture video so a little planning and a small amount of expert knowledge can really help you get the most out of doing it yourself. Many news organisations are using smartphones for capturing short videos and an old colleague recently told me that BBC’s Newsnight recently ran an item that was entirely recorded on an iPhone.

Here are four tips for using DSLR cameras or smartphones:

1. Turn off incoming calls – really! You don’t want your filming to be halted by your mum calling.

2. On iPhones, lock the focus and exposure by tapping and holding the square.

3. Keep each shot running for at least 10 seconds – it might seem like a long time when you’re shooting but it’ll give you usable shots for editing.

4. For the best sound quality, get as close as possible and go somewhere as quiet as possible. Use a plug-in mic or even the hands free headphone mic that came with your smartphone.

Top tip: invest in a simple clip or lapel mic to improve your sound quality.

The BBC Academy has made a short but helpful video guide to using smartphones.

2. Get your supporters to do it

At Magneto, we’re massive fans of user generated content. We believe that getting your supporters to make videos that you can share is not only cost effective but also gives you amazing exposure that would otherwise cost a small fortune. There are all sorts of ways to use material like this – you could edit clips into simple messages of support or congratulations, or make short Vines. And you could also show individual stories, or even edit lots of contributions together to make longer, more complex films.

Sainsbury’s famously did this with their Christmas advert a few years ago where they gathered hundreds of hours of footage from around the country:

User generated films can also give amazing access to compelling real life stories. I love this film, below, made by Anthony Nolan, the blood cancer charity. They’re aiming to increase the number of Afro-Caribbean stem cell donors and as part of their campaign they got Paul Francis, a donor, to film his experience of the process. It’s funny, honest and real and shows that the process is easy and rewarding. A great piece of video.

1. Encourage people to use the equipment they already have – a smartphone or a DSLR camera.

2. Give people clear and simple instructions on what you’d like them to film.

3. Allow plenty of time for editing and perhaps consider working with a professional editor or production company if needed.

Top tip: if you’re really investing in user generated content, spend some money on professional training for your staff and supporters.

3. Follow trends and piggy back off them to help you get coverage

Several charity video campaigns have reached massive audiences very cheaply by picking up on current trends on YouTube. For example, Water is Life picked up on the success of a really funny and widely shared film called First World Problems, below, that poked fun at people who complained about trivial problems.

The charity took these problems – that their water was too cold, their phone charger was out of reach etc. and got children in Haiti to read them out. Here’s their video:

Save The Children had extraordinary success with their Most Shocking Second a Day Video – piggybacking off the ‘second a day phenomenon’ that has been huge on YouTube.

The charity also made sure that they chose an SEO friendly title – originally it was planned to be called If Syria Were London…. But in the end they chose Most Shocking Second a Day Video to capitalise on the trend.

Which charity videos do you love? Share them in the comments below.

audiobudgetmediasoundstorytellingvideo
Jeremy Jeffs is a founding partner of Magneto Films, a video production company that specialises in working with charities, not-for-profits and the public sector. Jeremy’s an award winning film maker with credits for films and series for BBC TV, Channel 4 and NatGeo. At Magneto he’s worked with charities and brands that include Age UK, Children’s Society and Macmillan Cancer Support and with brands including Ford and Expedia. He blogs on the latest charity videos at www.magnetofilms.com/realstories.
Scroll To Top