I signed up to 100 charity email lists. Here’s what I learned 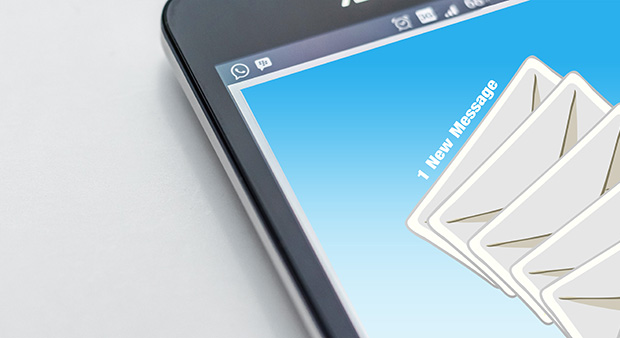 What would you expect to happen when you sign up to 100 charity email lists?

Given that email works really well for online fundraising as well as supporter and donor engagement, as Ell Pike’s post a couple of weeks ago showed, I’d expected to be inundated with emails. But it wasn’t as simple as that by a long way.

I wanted to do this experiment for several reasons.

Over the past few months I’ve worked on several email reactivation projects and wanted to explore email deliverability in a bit more detail. How often did charity emails end up in spam, or in Gmail’s promotions tab, compared with a supporter’s main inbox?

I also wanted to see how many organisations had a welcome journey or series of emails in place, and what that onboarding process was like.

The first 8 weeks are crucial to building a relationship with a new supporter, even someone who has just signed up to receive emails – how well are charities taking advantage of that opportunity?

Finally, what sort of content were organisations sending new supporters?

So I set up a brand new Gmail account to use to sign up to charity email lists. I picked a range of charities, small, medium and large, from looking through the charity commission website.

I had not anticipated the initial challenge – actually getting myself onto 100 email lists.

I only managed to sign up to 98 in the end – one charity’s sign up form was broken, and another was so complicated that I gave up (and bear in mind, unlike most casual visitors, I was actively trying to get myself on their email list).

With another 13 organisations I couldn’t actually find an email signup form on their website, so instead I found alternative organisations.

And 3 organisations required me to create an account on their website, just to get on their email list. If this is something your charity does, I would strongly recommend making it much quicker and easier for someone to start receiving your emails.

When signing up, I only filled in mandatory form fields. And I only ever opted in to receive emails – no phone calls or post.

I’ve anonymised all the results here to spare any blushes.

17 organisations never sent me a single email. No confirmation email, no welcome email, no newsletter. Nothing at all.

Astonishingly, despite only opting in to receive emails, 2 organisations sent me post. With the Information Commissioner taking misuse of data ever more seriously, and GDPR coming in next year, it’s crucial for charities to ensure they respect supporter communications preferences.

Aside from the 17 charities who sent no email at all, a further 31 put me straight into their standard email communications stream, without a welcome email at all.

48 did send one welcome email, but only 2 sent more than one.

And 29 of these, having sent one welcome email, never sent me a single email after that.

This is a huge missed opportunity. There’s a lot of evidence that shows the first 6-8 weeks are the crucial time to develop a relationship with a new supporter – to get them really interested in your cause.

A carefully crafted onboarding series of emails after someone signs up can bring huge benefits – introducing supporters to the work you do as well as the range of ways that they can get involved.

There was a roughly 50/50 split between emails ending up in the priority inbox and ending up in promotions. And although Google’s algorithms that decide where an email is delivered are not public, there were some clear trends.

In short, it was emails that appeared less personalised and more heavily branded that ended up in promotions rather than the priority inbox. Only one charity’s emails ended up in spam.

Looking at the content of the emails, I did not have the impression that many organisations were trying to build a relationship or have a dialogue with me. One of the reasons that telephone and face-to-face fundraising have worked so well for charities over the years is because a representative of the charity has a conversation with a supporter or potential supporter, and builds and establishes a rapport.

The organisations with the best and most engaging content took the principle of having a dialogue with me as a potential donor – but adapted it to email and the longer timeframe needed compared with face-to-face or phone conversation. I was sent surveys, quizzes, case studies, and made to feel like I was part of the organisation. And only then was I sent a donation ask. Fewer than 10 charities adopted this approach from the 98 I signed up to.

Getting this stuff right doesn’t have to be a huge amount of work.

Make a few simple changes and your charity’s email programme can be one of the best:

Most importantly of all – put yourself in the shoes of someone who has just signed up to your charity’s email list. What would you want to receive? And as a staff member at that charity, what do you want to get across to them?

If you can find a way of balancing those two, you’ll be well on the way to turning email communications from being a broadcast into a dialogue – and unlocking the high ROI that email can offer for online fundraising.

Glyn works with charities and NGOs, with a particular focus on supporter recruitment and engagement. He is currently working with organisations in the UK, Europe and North America. Twitter: @glynmthomas Web: www.glyn-thomas.co.uk.