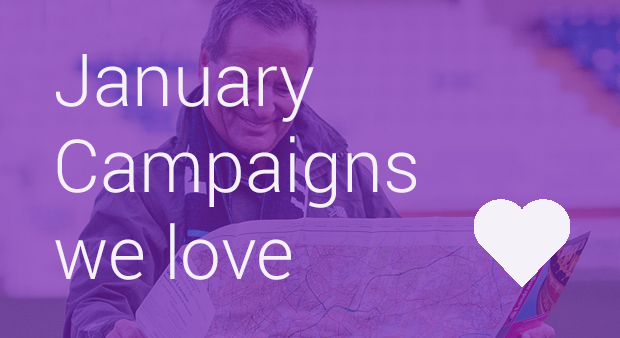 We love seeing the amazing ways that charities are using our new Campaigns tool to spread the word about their work and get their supporters involved.

Here are some of the campaigns that have really stood out for us this month. 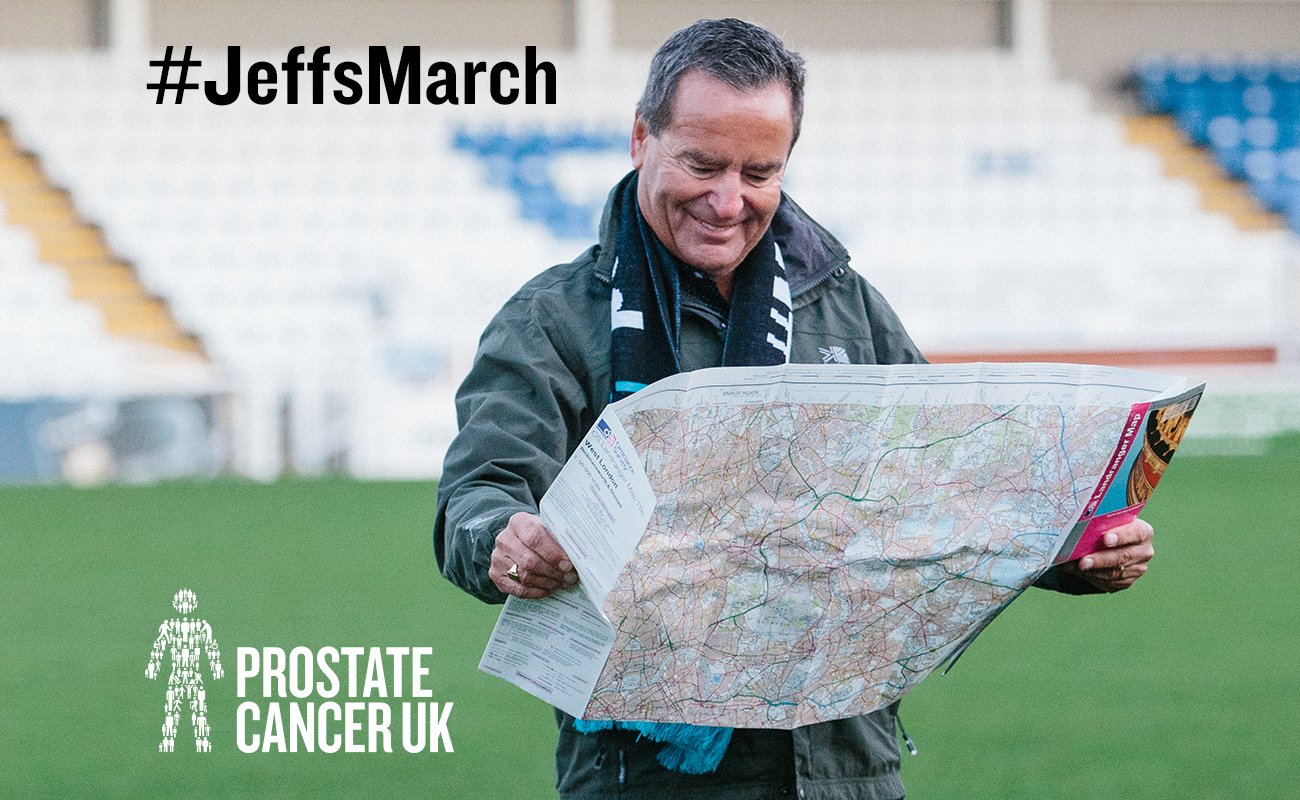 By setting up a Campaign Page rather than of a Fundraising Page for a high profile fundraiser like Jeff, the charity are enabling his fans to get involved and support Jeff in different ways.

Jeff’s starting his challenge at Victoria Park, home of Hartlepool United. He’s then making his way to Wembley Stadium, visiting various football clubs along the way. Anyone who would like to join Jeff for one of his ten marathons can create their own Fundraising Page, and it will be listed on Jeff’s Campaign Page.

Equally, fans who aren’t taking part in one of the marathons, but who still want to show their support, can make a donation and leave a message for Jeff on the Campaign Page. All the donations to Jeff’s campaign – whether raised by Jeff himself, by one of his fundraising fans, or donated directly – will be reflected in the running total.

So how well is this approach working? Well, Jeff’s campaign has raised over £16,600 in just a couple of weeks! That’s 67% of the £25,000 target, and there’s still two months to go until the event. Pretty impressive stuff. 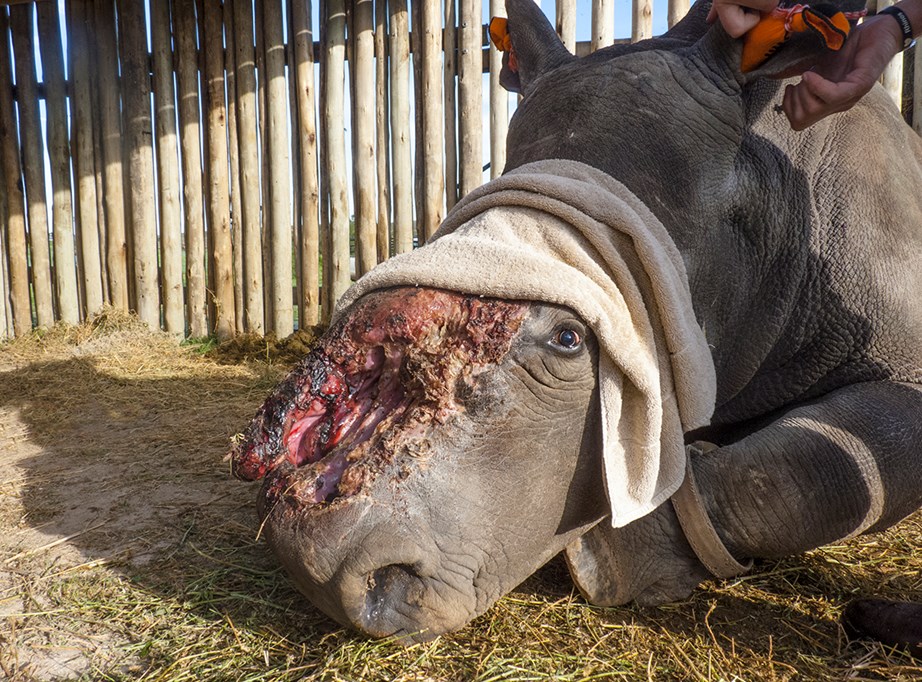 When Hope the rhino was attacked by poachers in 2015, the removal of her horns left her face badly damaged. Saving the Survivors have been treating her for six months and her condition has greatly improved. Now the charity are looking at innovative new treatments to repair Hope’s face, and they’ve created a Campaign Page to help cover the costs.

We think it’s great that the charity have been galvanizing their community on social media. They constantly update their supporters on Facebook and Twitter about Hope’s condition – and by linking to a Campaign Page, people can either start fundraising for Hope or make a donation. As a result, three supporters have already set up Fundraising Pages, and the campaign has had 190 donations. 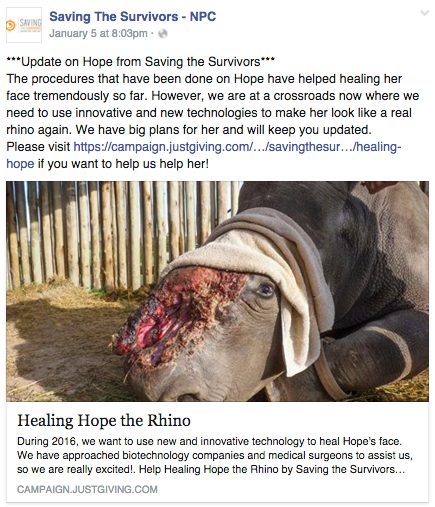 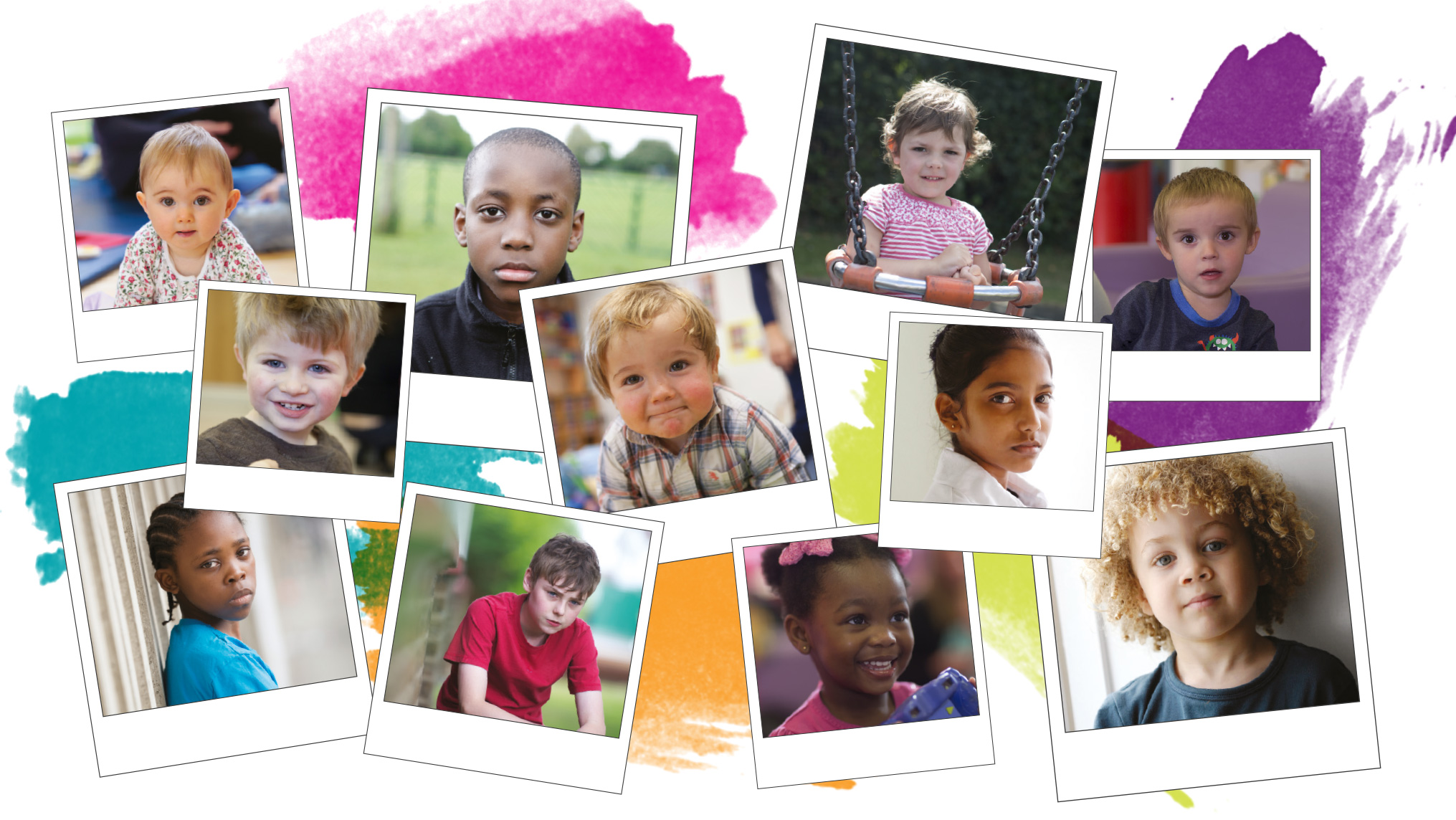 This year marks Barnardo’s 150th anniversary, and they’ve set up a Campaign Page to celebrate the occasion. It’s a really simple way to thank their supporters and give them the chance to join together to raise money for a cause they love.

Supporters have already created Fundraising Pages for events including wheelchair half marathons and wing walks to celebrate the charity’s anniversary, and we’re sure there’ll be more throughout the year!

Create your own Campaign Page

Does your charity have a milestone to celebrate like Barnardo’s? A story that deserves its own fundraising initiative? Or could you create a campaign for February? How about a Valentine’s Day campaign? Or something for Lent? Campaign Pages are quick and easy to set up, and could do amazing things for your cause. Find out more.