Ok, ok we’re sorry to say the ‘C’ word so early in the year, but it won’t be long before we start seeing Christmas decorations in the shops and those all-too familiar songs get played over… and over… and over again. Our data shows that people give more in the week before Christmas than any other time of the year. So make sure you’re the early bird that catches the worm and start planning now to get your Christmas Campaign standing out from the crowd.

Christmas is one of the most popular times of the year for charitable giving, so make sure you start thinking about your Christmas appeal theme early. Do you want to use the festive period to raise funds to support your charity throughout the year ahead? Or will you raise funds for a specific cause or project? Here’s some of our favourite examples: Last year, Alder Hey Children’s Charity ran an amazing IMAGINE Christmas appeal raising over £50,000 to make the hospital as ‘Christmassy’ and fun as possible for all the children and their families spending time on the wards over Christmas. 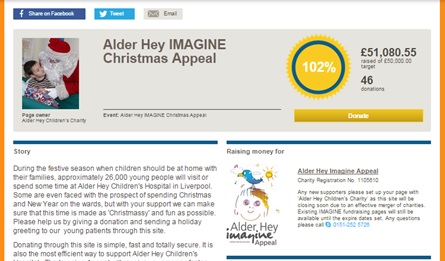 Medical Aid for Palestinians raised over £137,000 for refugee children of Palestine, to help support them through one of worst winters in decades. They regularly updated their page letting their supporters know how their donations were helping. 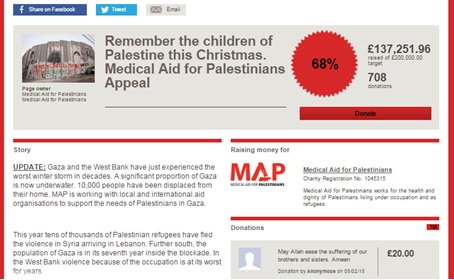 We’ve recently launched Campaigns – a new way for charities to crowdfund through JustGiving. With a Campaign Page you can create a branded central hub to tell your supporters all about your Christmas appeal. There’s space for a 1000 character story, a striking central image and 10 supporting images. Your Campaign can receive donations AND your supporters can fundraise too! They take just a few minutes to create and then you can share it far and wide by following these simple promotion tips. Oh and did we mention they look great on a mobile device too? Here’s an example of a Christmas Campaign Page that we’ve mocked up. 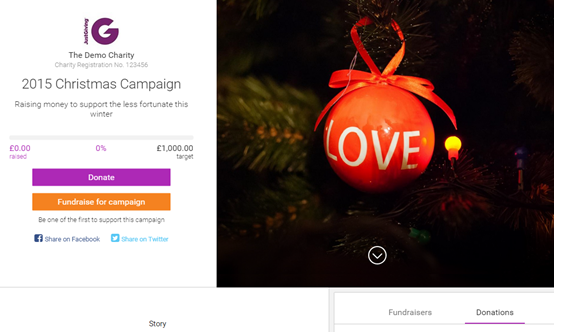 From donations for carol singing to Christmas cards, you’ll be amazed at the creative ideas your supporters will have!

campaignsChristmasfundraisingWebinar
Camilla is a Customer Success Manager at JustGiving. She joined in 2012 to help bring JustGiving into new markets and is dedicated to ensuring charities from all over the world utilise the platform to its full potential and making sure they get the most out of our fundraising tools.
Scroll To Top