Let us celebrate your charity’s #lifechangers with you this September 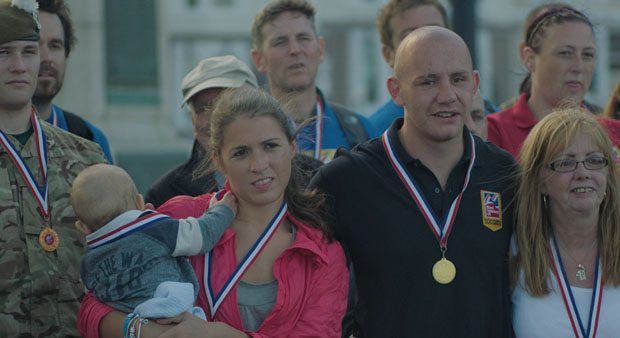 It’s awards season at JustGiving – the time when we receive thousands of nominations highlighting amazing fundraisers and organisations from across the world.  These awards celebrate extraordinary fundraising stories, but they also remind us of something more profound– that giving isn’t just about the money raised, but about the people behind the numbers.

It’s true to say that whilst people give money, what they give to is other people.

They give in support and in memory; they give to reduce the suffering or loss felt by people they know intimately, or strangers they might never meet.  In turn, their involvement encourages others to add their hearts and voices, helping a cause’s story travel even further. Everyone involved feels the joy that comes from helping others, but something else too – a feeling of kinship and community that comes from being a part of something bigger, changing lives for the better.

This awards season, we want to celebrate the potential each of us has to change lives by giving. Throughout September, we will be showcasing the stories of a series of JustGiving #lifechangers like Shaun:

We also have stories from Mark, Bruce, Tracey and Great Britain’s Deaf Women’s Football Team. You can watch all of their videos here. We are sharing our #lifechangers across social networks and on the London Underground.  The people featured share a common desire to make a change for the better.  We hope that promoting their stories will inspire others to step up for a cause that they care about – in turn becoming #lifechangers themselves.

Charities are brimful of #lifechangers.  So, as well as encouraging new givers, we also want to champion people whose commitment charities already value. Contact us @JGCauses on Twitter or Facebook and help us recognise your special people. Use the #lifechangers hashtag to tell us who and why we should be celebrating and we will promote our favourites across social channels during the month.

Individual fundraisers can use personal stories to change lives.  However, the power of a charity campaign lies in its ability to inspire many people to unite, to make major yet tangible differences.  As part of our ongoing commitment to spreading charity stories further, the #lifechangers campaign also embraces charity appeals. We’re offering free paid Facebook impressions* to JustGiving member charities that launch a Campaign on JustGiving.

All you need to do is:

Want to learn more about Campaigns on JustGiving? Click here to find out more

JustGiving’s mission is to ensure that no good cause goes unfunded. This September’s brand campaign celebrates how everyone can be #lifechangers, however they choose to give and whatever they choose to support.  We hope your charity will get involved and help us shine a well-deserved light on your supporters. It is these people who can inspire the rest of us to change lives for the better – and who we can celebrate with you in coming weeks.

* For details on how Facebook advertising works and what an ‘impression’ is, visit www.facebook.com/business/news/viewed-impressions.  This Facebook advertising will commence around 1st December 2016.  JustGiving will pay for up to 30,000 Facebook impressions for each eligible campaign, subject to availability and a maximum advertising spend of £25. Please note this offer can only be used once per charity.

#LifeChangerscampaignssocial media
In 2015 Louise swam 15km of the Thames for FRANK Water.
Scroll To Top