Lifting the lid of “Gaming For Good” 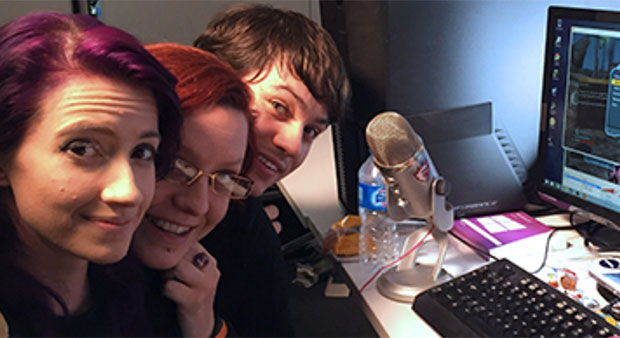 Every two weeks or so I like to take a look at our Referral traffic in Google Analytics – it’s always interesting to see who is responsible for sending traffic your way. With a site the size of ours you’re guaranteed to see the same old names pop up such as Facebook, Twitter, The Daily Mail and the like but around 18 months ago I started to notice a new name appearing regularly and not just a few token visits. Some serious numbers.

Twitch was a platform I was aware of but as a lapsed gamer (I majored in Sensible Soccer and Bubble Bobble Amiga 500 fans) not something that I was using or that I had a great deal of knowledge about. But the numbers could not be ignored. Digging deeper it was clear that we were a growing number of visits from Twitch streams to the JustGiving website. In fact in 2015 alone Twitch was responsible for 3% of traffic referred to JustGiving. Looking between the lines I was then able to identify pages and pages of charity streams that led me to uncover a new form of fundraising: gaming for good.

Twitch is a live streaming video platform owned by Twitch Interactive, a subsidiary of Amazon.com. The site primarily focuses on video gaming, including play throughs of video games, broadcasts of esports competitions, creative content, and more recently, music broadcasts. Content on the site can either be viewed live, or viewed via video on demand (VOD). It is not uncommon for gamers to watch an exhibition of gaming in order to learn how to successfully overcome certain levels or to share best practice in conquering a game.

The popularity of Twitch is immense. In October 2013, the website had 45 million unique viewers and by February 2014, it was considered the fourth largest source of peak Internet traffic in the United States. In 2015, Twitch announced it had more than 1.5 million broadcasters and 100 million visitors per month. These are not small numbers. A search on JustGiving today at the time of writing for “twitch” returns 258 fundraising pages. So I went into the numbers a little more.

Ok, so what is a charity stream?

A charity stream is typically a 24 hour or 48 hour gaming marathon designed to inspire the community of viewers to give in support. Emanating from the online tip jar culture — also known as voluntary contribution mechanisms — these take advantage of internet technology to simplify the process of private individuals giving to artists (such as gamers, musicians, designers etc). Thus gamers on JustGiving are streaming their efforts based on the assumption that fellow gaming fans will support their efforts provided there is a low opportunity cost to making a donation. The increased use of JustGiving – when there are other donation services like Humble Bundle – highlights how trusted our platform has become for channelling funds towards amazing causes around the world.

Gaming charity Special Effect – who specialise in enabling people with physical disabilities to play video games, are just one of the charities to have tapped into this phenomenon. In 2015 they grouped several of their supporters together to run their own 24 hour marathons under the campaign GameBlast in order to raise funds in aid of the organisation. Mark Saville takes up the story…

“For us, charity gaming streaming or marathons are a perfect fit with our mission – we’re asking people who love gaming to help people who’d love to game. What GameBlast was offering was the perfect way to do that – by playing games!”

We’d set a fundraising goal of £20,000 for our first GameBlast in 2015 and were blown away when it raised over £70,000. Since then it’s gone from strength to strength, and what’s surprising us is the amazing ways that gamers are dreaming up to encourage donations in addition to playing for 12, 24 hours, whatever. People enjoy and will donate to see gamers squirming when eating unappetising food combinations, or dressing up in ridiculous costumes and dancing on their streams. It’s this creativity that’s adding to the value of gaming marathon events like GameBlast. As one young GameBlaster told us, “When my parents tell me to come off my console this weekend because it’s a waste of time, I can tell them I’m raising money for charity.”

Why should your charity consider gaming marathons?

Such gaming marathons are not just the persevere of large charities or specific gaming charities like SpecialEffect and GamesAid, anyone with a supporter base that game can be easily encouraged. So what are the benefits of such a campaign?

In the case of charities our data clearly shows that there is a community of gamers streaming for good causes and to date the typical call to action has been to donate “here” with a helpful link on the page pointing the viewer to a JustGiving page. This works well – as the numbers raised to date testify – and its relatively frictionless thanks to JustGiving’s streamlined donation process, but as always there is room for improvement.

How do people actually donate?

Typically to date the gamer has simply pointed his viewers towards a particular web address during his stream. This may be a button embedded into the Twitch page or a url they share during the game play and to date this has been the majority of tactics that have helped raise over half a million pounds on JustGiving. We do make buttons available to gamers to download and embed but video overlays are the most effective way to communicate mid-stream and that’s why the service StreamNotify caught my attention.

For Twitch streamers, an overlay is a simple HTML and CSS crafted piece of content that sits on top of the video stream. These graphics can be as eye catching and interactive as you want but the key is that they are controlled by the streamer and are used to convey a message of sorts to the viewer. Whether that is an amusing visual gif or more strategically a link to the donation page, with JustGivings APIs we’ve enabled gamers to now broadcast live donation updates into their stream delivering news of real time donations to their audience. StreamNotify are the first to make use of this and have now made their service free to any Twitch streamer who wants to raise money and change the world through gaming!

We spoke to Michel the founder of StreamNotify who told us:

“First of all, I am a geek, a programmer but before all of that I am a passionate gamer. Stream Notify started as a simple project to help gamers have a unique overlay as we knew that the best way to motivate people to donate for a good cause is to display their donations and messages on-stream. JustGiving is ideal for that as it has an extensive API for developers and uses recognized standards for third party connections. Stream Notify is entirely open and free to use for every gamer and streamer and we believe that raising funds and playing at the same time is now more fun than ever!”

As a charity how can you start to benefit from gaming for good?

Ok, so what next? Where can you start? I’d suggest some of the following:

event fundraisinggaming
Jamie Parkins is the API product manager at JustGiving. He specialises in developing the services and technologies that enable charities, agencies and a growing community of developers to build applications that utilise JustGiving's technologies.
Scroll To Top