Nine reasons why social and mobile are the future of fundraising

We’ve been monitoring the increasing power of mobile fundraising and its impact on the growth of social for some time and today we’re sharing our latest insight at the Institute of Fundraising Digital Fundraising Conference. In a session called ‘Mobile and social – why our phone is your new BFF‘, we explore the trends and data that make social and mobile a non-negotiable part of any charity’s online fundraising strategy.

It’s the world’s largest social network and 21 million people log in every day in the UK. That’s a third of the UK population. And four out of five UK users access the site from smartphone or tablet.

If the cliché about being on Facebook is to ‘fish where the fishes are’, mobile is kind of like the bar where all those ‘fishes’ now hang out. 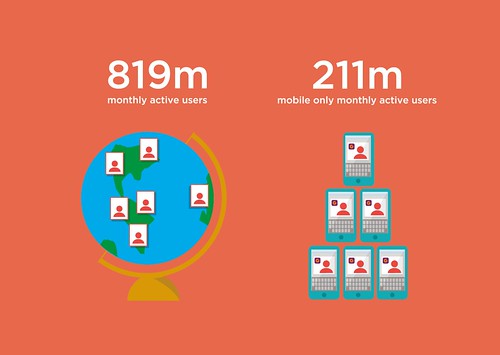 The top referrer to JustGiving is now Facebook mobile, bringing just shy of one in five users. This has massive implications for making our site not just mobile optimised, but mobile optimised and social. 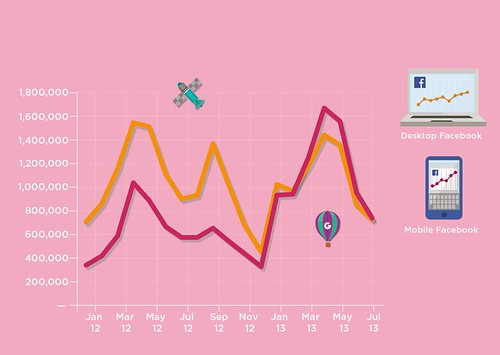 You want return on investment? You want impact? We were the first site to integrate fundraising and donating with Facebook Timeline, an enhancement that doubled the click-through of shares to Facebook. But those shares are even more powerful when a mobile user sees them – three times as powerful as a regular Facebook post. 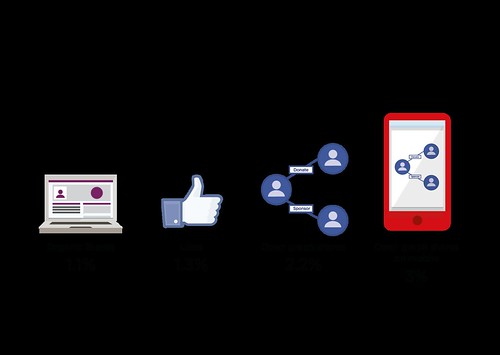 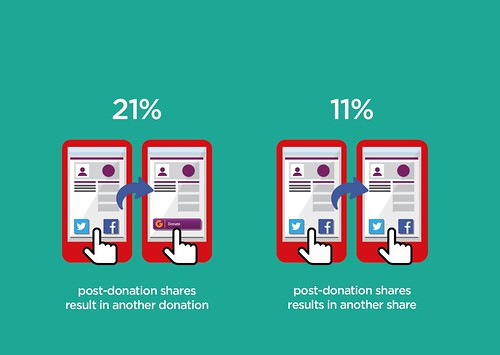 5. Mobile users share twice as much as desktop users

If donors who share are more valuable, then mobile users are the cream of the crop as they share even more! This demonstrates how social and mobile are inextricably linked and highlights the importance of integrating social and mobile tools into campaigns in order to increase impact and success. 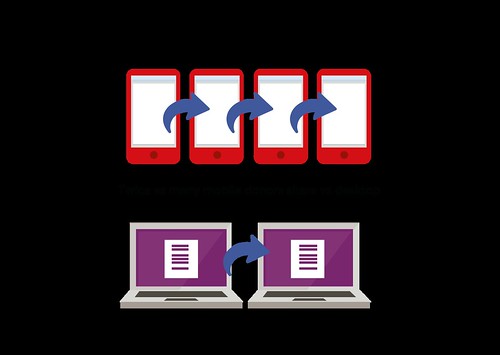 Not a particularly surprising revelation, but it shows that removing friction from a donation process is really effective. At JustGiving we spent the best part of six months rebuilding our donation process from the ground and optimising it for mobile, and the results show that more money is being donated by smartphone users than ever before – over £3 million from about 100,000 superfast donations. 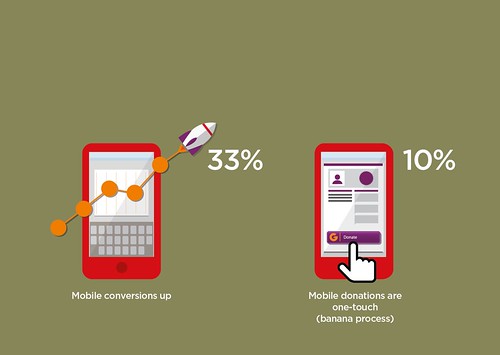 7. Slacktivism is a myth

According to Wikipedia, the term slacktivism “is usually considered a pejorative term that describes ‘feel-good’ measures, in support of an issue or social cause, that have little or no practical effect other than to make the person doing it take satisfaction from the feeling they have contributed.”

The term is often used to question the value of a Facebook ‘like’ or a tweet, denigrating the people who ‘like’ as slackers. Well, these ‘slacktivists’ are much more likely to give than your regular ‘activists’, so cut them some, well, slack. 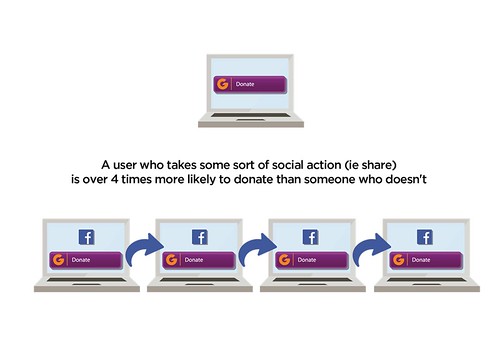 8. Mobile users are the ultimate anti-slacktivist

“So what’s the value of these people sharing on mobile to Facebook then? I mean, it’s just a like, what does that do?”

“Well, the mobile supporters who share are seven times more likely to donate than those who don’t.” 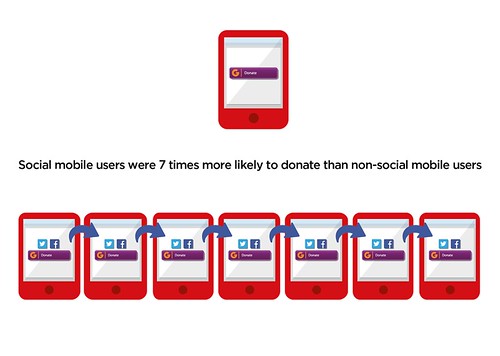 9. Mobile and tablet traffic is going through the roof

In January, mobile and table traffic made up 46% of visits to JustGiving. In August alone, it was up to 48%. Month to month we’ve seen more visits from mobile devices at weekends and it won’t be long before it’s the most popular way people access JustGiving any time of the week. Add to that the fact that something like 40% of all visits to fundraising pages are from mobile devices alone (not including tablets), and you see why it’s important to give those mobile users a great experience.

Mobile has well and truly arrived in fundraising, and ignore it at your peril. 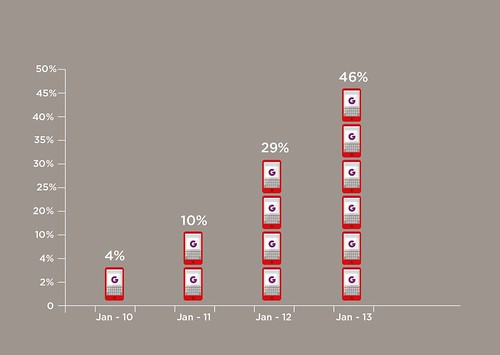 So there you have it, nine reasons why we believe mobile and social will be (and are) the future of fundraising. Let us know what you think in the comments.

Why not check out the full presentation below or download the above images on Flickr and use them in your next internal presentation to back your new and shiny mobile and social strategy.

You can also check out our previous blog post: Facebook fundraising part four: the growth of mobile.

dataFacebookmobilemobile friendlysocial givingstatsTwitter
Jonathan is the social and labs product manager at JustGiving, specialising in social media integration, digital strategy and online fundraising. He's fascinated by how the social web has revolutionised the way people interact with each other and how charities can use the internet to create enormous value for them and their supporters.
Scroll To Top