Rising to the mobile challenge 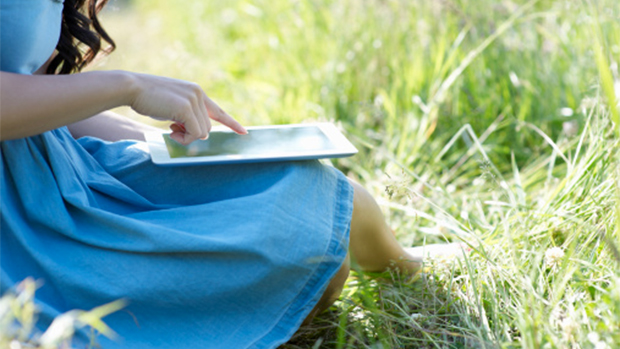 How charities can make the most of smartphone and tablet technology

According to Milliken, “the next philanthropic horizon of mobile is here now. In 2013 and beyond, we predict more nonprofit organizations and fundraising professionals will adopt a mobile mindset and engage in mobile-enabled fundraising to tap into a new, growing donor pool.” This deep dive into charities use of digital was a clarion call that chimed with our own mantras on the role technology has to play in growing giving.

JustGiving has spent the last decade innovating to help grow generosity and we have witnessed nothing short of a revolution in the way donors behave. More than £1.5billion has been raised for the 12,000 charities we work with and our social giving services have contributed to the yearly 15% growth in giving through online platforms.

The growth of mobile

We don’t think it’s possible to underplay the rate that mobile is evolving into a social giving platform. Yet according to data from UK technology champions LASA, 63% of charities are not using mobile apps or do not have a mobile friendly website. So, while many charities are still in the early stages of understanding their impact, giving via mobile platforms is growing at a blistering rate.

Almost half of JustGiving’s traffic now comes from mobile devices like smartphones and tablets, quadrupling over the past year. 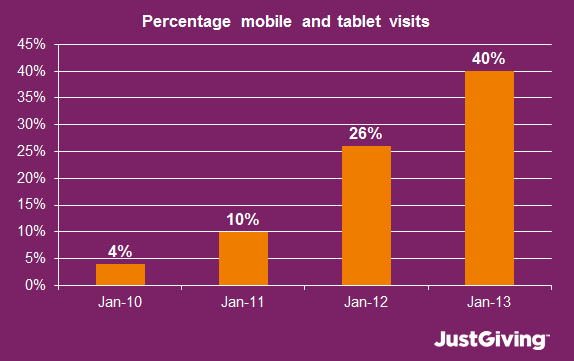 On the day of the London marathon in April 2013, mobile traffic actually outstripped desktop visits to our platform. And in the aftermath of national events like the tragic murder of a soldier in Woolwich earlier this year, we are increasingly seeing donors take to their mobiles to respond spontaneously with donations to a good cause.

Not surprisingly, more than three quarters of this mobile traffic comes from Apple devices – with iPhones dominating and iPads close behind. As well as increasingly accessing our giving platforms via their smartphones, many donors are choosing to give by text. In the UK, our text service, JustTextGiving by Vodafone, has been used by more than 15,000 charities to raise more than £10 million for good causes.

Mobile giving via text and smartphones is enfranchising many smaller organisations wanting to raise cash and capitalise on an increasingly spontaneous nation. It also means that charities now have the technology to take advantage of micro-donations that might previously have been too costly to process. For example, Acorns Children’s Hospice raised £7,500 through JustTextGiving by simply publicising a text code during a football match.

As donors become more comfortable with giving from a mobile device, charities need to ensure their donation processes are optimised for smartphones and tablets or they risk turning the new breed of givers off. This doesn’t necessarily have to mean a massive investment in infrastructure by charities – that’s our job. Our fundraising pages are already optimised for mobile giving and our mobile donation process allows a donor to give with just one touch of their smartphone or tablet.

There are 50 million people out there with a tablet or a smartphone. The potential for charities, big and small, to benefit from this technology is huge.

Are you using mobile to fundraise? Do you believe it’s the future for charitable giving? Weigh in below.

mobile friendlymobile givingsmartphonetablet
Ros is JustGiving’s communications specialist and has spent the last seven years helping consumer technology brands and not-for-profit organisations reach new audiences. She looks after media strategy, and is responsible for sharing the stories of JustGiving’s amazing users with the world.
Scroll To Top