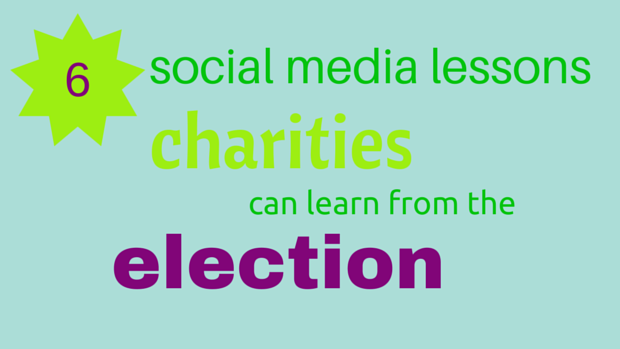 With the UK General Election just gone and the US Presidential Election coming up next year, Zoe Amar looks at what charities can learn from how the political parties in the UK used social media to support their campaigns.

Let’s face it – this wasn’t the full on digital election we were all hoping for.

Perhaps the parties could have deployed social media more effectively too. Most of them just transposed a traditional top down communications model to social platforms. It felt very broadcast. In comparison, Obama used social media in his 2012 campaign to mobilise supporters and fundraise effectively. Drew Lindon, independent campaigns consultant, told me that:

Social media’s time has not yet come in UK elections. With the exception of Ed Miliband’s meeting with Russell Brand there were few true social media events in the election. As a result, social media tended to follow the lead of TV and the papers, rather than developing original content or debates that had real impact.

Whether the parties got it right or wrong on social media in #GE2015, there are plenty of lessons that we can apply to nonprofits.

Cameron’s strategist, Lynton Crosby, apparently lives by the mantra ‘Messaging matters most.’ There is a lot to be said for being ruthlessly focused on simple and consistent messaging. What do you want your audience to remember about you? How can you express this in a way that is relevant to them? And above all, what do you want them to do next?

For a stable Government, a strong economy and David Cameron as your Prime Minister – #VoteConservative by 10pm.

Posted by Conservatives on Thursday, 7 May 2015

2. The real work begins long before the campaign starts

The Tories began planning their on and offline election campaign back in 2013. In the words of former Australian PM John Howard, ‘You can’t fatten a pig on market day.’ One of the myths surrounding campaigns like #icebucketchallenge is that charities can achieve astounding results out of the blue. From experience with clients I know that digital success is a marathon, not a sprint. If you’re planning a big social media campaign, sort out your website, ensure your donation processes are frictionless and get your stakeholders thinking about the key issues well in advance of launch.

3. Know your audience and how they use social media

Much has been written about the Conservatives’ use of big data to understand their audience. Lindon points out that, whilst Labour were the most mentioned party on Twitter (followed by the SNP and then the Conservatives behind them) this didn’t hinder the Conservatives in the final results, as their voters’ generally older profile meant that they were less likely to use social media. ‘In contrast, the biggest winners from social media were the SNP, with their recently increased younger membership,’ he says. ‘They skilfully managed to nurture and build their following on social media after the independence referendum, and achieved a much higher turnout than other parties, particularly from younger voters.’

4. Encourage your leaders to be authentic and on message

Ed Miliband’s Instagram feed had a nice personal touch, with good use of candid images and heartfelt captions. But it didn’t stop people from asking what he stood for. 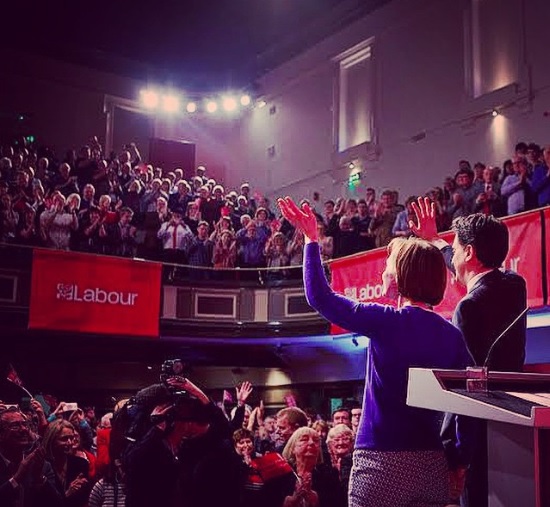 Equally, Cameron’s victory tweet was a nice idea although seemed derivative of Obama’s famous ‘Four more years’ tweet. Leaders’ social media presences have huge potential in politics though. Lindon notes that, ‘On a one-to-one level, social media can be terrific for sparking conversations and building relationships. Many local politicians used this well across the election to present a more friendly, approachable image. Ruth Davidson, leader of the Scottish Conservatives, has received particular praise for her down-to-earth persona on Twitter.’

5. Get out there and talk to different people

Commentators accused social media users of being insular and expecting the election result to mirror the leftwing sympathies on Twitter and Facebook. In the charity sector we are as guilty of navel gazing as any other industry. Beware echo chambers. Connect with people on social media who have different views to you. You may not agree with them but it can be valuable to find out where they are coming from.

I thought #milifandom was a brilliant insight into how young people want to engage with politics on social media, but it didn’t win enough votes for Labour. However, I hope we’ll see more young people leading campaigns in 2020. With increasing pressures on charity digital teams to ‘bring us the next #nomakeupselfie,’ encourage your supporters to run grassroots campaigns but stay focused on the results you need.

Perhaps #GE2020 really will be the digital election? In the meantime, my main takeaway from this one was that however good your social media is, it must be underpinned by simple, punchy key messages, a great strategy and an in-depth understanding of your audience.

campaignsElectionFacebookinstagramsocial mediaTwitter
Zoe is director of Zoe Amar Communications, a marketing and digital communications consultancy who have worked with leading organisations including ActionAid, Crimestoppers, Macmillan and Anglia Ruskin University. She blogs for The Guardian about charities and communications and is on the advisory board for The Guardian Voluntary Sector Network. She co-founded the charity #socialceos awards.
Scroll To Top