When we were asked earlier last year to plan a social media campaign for Stand Up To Cancer, our televised fundraising campaign with Channel 4, we were faced with a rather large challenge. We needed to raise a considerable amount of money in 2013 for groundbreaking clinical trials, but we weren’t going to be on TV screens again until 2014.

Without the benefit of a star-studded live event like we had in 2012, and with a considerably smaller marketing budget, how were we going to introduce a brand new fundraising idea to a group of supporters who first came on board thanks to the magic of television? And what’s more – how were we going to convince them to actually fundraise?

At Cancer Research UK, pure fundraising campaigns haven’t always seen great success on our social channels. Our communities tend to engage with the content and the cause, but getting them to go straight from Facebook or Twitter and sign up to raise money can be tricky. In 2012, a very small percentage of our income through social media came from people fundraising in the name of Stand Up To Cancer.

So what did you do?

We launched Stand Up For One Day, a campaign which called on supporters to get sponsored to spend the day standing up on 18th October 2013. We used our Facebook and Twitter channels to explain the proposition and drive people to our website, where they could register for a fundraising pack and set up a JustGiving page.

Luckily we had the benefit of some great content – the fundraising packs were filled with innovative ideas like the Stand Up ‘bum badge’ (so you can’t sit down) and hazard tape (so you can cordon off your chair). Our partnership with Channel 4 also gave us access to great photos of Stand Up hosts Alan Carr and Dr Christian Jessen. 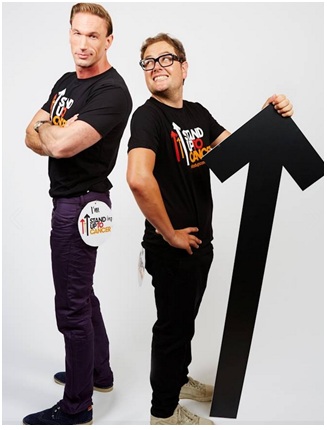 Initially, our community reacted well to the content and the proposition and we were happy to see people start to register directly from Facebook. But we quickly realised that without the incentive of a big TV event, only a small percentage of our 400,000+ Facebook fans and 25,000 Twitter followers would register.

If we kept posting content about Stand Up For One Day, the vast majority of an audience that we worked hard to build up would lose interest, and it would be much harder to engage them again in the future. We were concerned to see engagement with our posts and tweets was starting to slip.

How did you turn things around?

We needed to diversify our content. In 2012, the best response from our community came when we asked people to tell us who they were standing up for. The vast majority of our supporters have had a cancer experience and we’re always touched by how many people are willing to share personal, emotional stories with us.

This simple tactic helped us remind people of the cause and why they got involved with Stand Up To Cancer in the first place. We also used stories from patients and explained how the money raised by standing up would help improve treatments for people with cancer. In turn, this encouraged more people to sign up to fundraise. 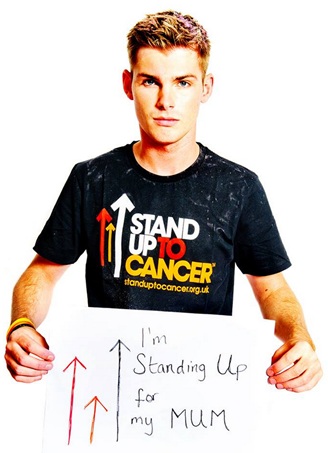 On Twitter, we introduced the idea of the #StandUpSelfie – slap your bum badge on, take a selfie and tweet away. This worked extremely well, with hundreds of supporters and some famous faces sharing their selfies and asking their friends and family for sponsorship through their JustGiving pages. By tapping into an existing trend, we made the idea of fundraising a bit more fun and reminded people how easy it is to share what they’re doing (and why they’re doing it) with their own networks. 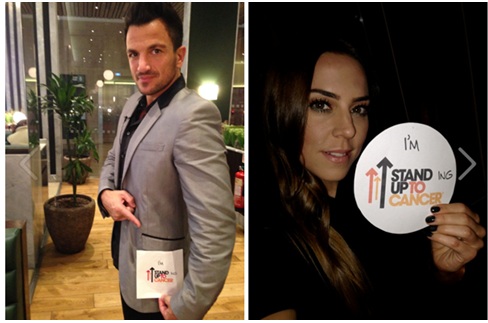 But did it actually work?

By the end of the campaign, thousands of people had registered to fundraise for Stand Up To Cancer. Incredibly, a large proportion of all registrations came directly from our social media posts. This is without a doubt one of the best results we’ve had for a fundraising campaign on social.

What does it mean for my campaign?

At the start of this campaign, we had some serious worries about whether social media could be a key driver for a new fundraising proposition – a concern I’m sure is shared by many charities. However, through strong content that engaged people with both the fundraising proposition and the cause, and a different approach for different channels, we were able to see a real return on investment from social media.

How has your charity used social media to kick-start a fundraising campaign? Share your story below and you could be our next social charity of the month!

appealscelebrityFacebookTwitter
Aaron Eccles is the senior social media manager at Cancer Research UK, specialising in campaign strategy and editorial content planning. Some members of staff still ask him for help when the printer jams. He can’t help with that.
Scroll To Top