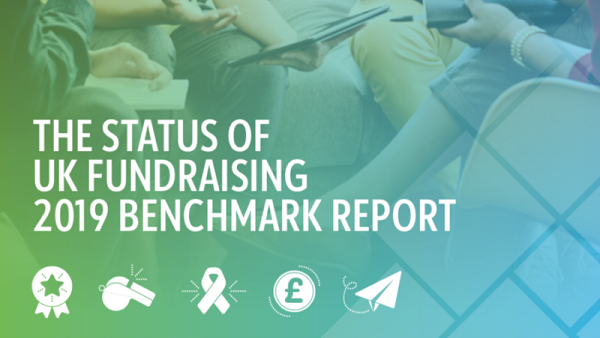 Yesterday, saw the launch of the Status of UK Fundraising 2019 report from our colleagues at Blackbaud Europe and the Institute of Fundraising. It’s an insightful report which looks at the current performance and opinions of charities across the UK, created from a survey of over 1,000 people working in fundraising.

The report is a great tool to benchmark your charity’s activities against others in the sector and identify upcoming trends. We’ve pulled out a few key highlights that we think are particularly interesting.

Unsurprisingly participants reported that there had been a decrease in both cheque and cash donations over the past year. This shift away from offline payments fits with current consumer behaviour, highlighting the importance of investing in innovation. When asked about this, respondents felt that innovation in contactless and social media giving were most likely to have a positive impact on the charity sector’s ability to raise income. In addition, 46% thought Gaming for Good could boost income too.

When we looked at charities reporting fundraising growth, it’s striking that having the right skills and investment, as well as an appetite for innovation were reported as key drivers:

“As a small fundraising team we tried really hard to increase our fundraising through the development of a strategic plan, and make our fundraising sustainable. We did this by creating a diverse way of fundraising and not relying on one source. We now have lots of different income streams such as challenge events, individual giving, lottery, and corporate partners as well as other sources. This has really helped us become more diverse but more importantly sustainable in our fundraising.”

For charities seeing a decline in income, 66% agreed that a lack of resources and people with the right skills in their organisation is limiting their growth. Could remote working be part of the answer? Emily Casson, Digital Fundraising Manager at Cats Protection believes that remote working can open up charities to a phenomenal pool of talent and is why she is bucking the trend in the charity sector in finding recruitment easy. 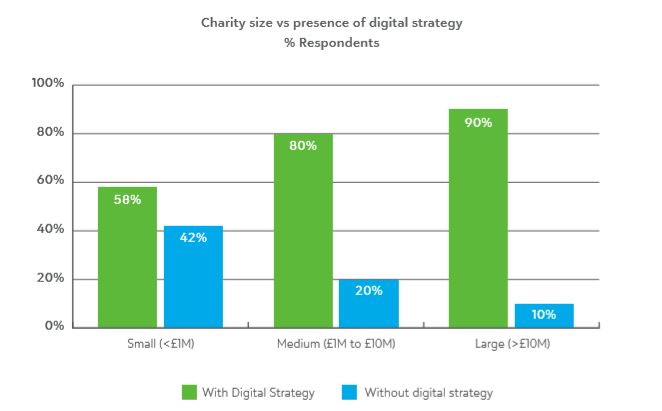 Despite this difference in planning, almost all respondents (94%) shared that they used social media to communicate with their supporters. Overall, people felt their social media efforts over the past year had proved successful and a good use of their resources. The only exception was LinkedIn.

The majority of charities shared that they use Facebook and Twitter. Facebook proved to be the favourite with 80% selecting it as their most responsive channel. Channels like Snapchat and Whatsapp are being used but they’re less popular and mainly used by those with a digital strategy already in place.

If you’re looking to build a case for investing in innovation and looking to benchmark your performance against other charities, downloading The Status of UK Fundraising 2019 report is a great place to start.

Get your copy of the full report – enjoy!

JustGiving became part of the Blackbaud family in 2017.

crowdfundingfundraisinginnovationsocial media givingUK fundraising
Sally Falvey has worked in online fundraising for over 10 years, and is the Head of B2B Marketing at JustGiving. She’s passionate about helping all charities use the latest technology to be more efficient and raise more money.
Scroll To Top