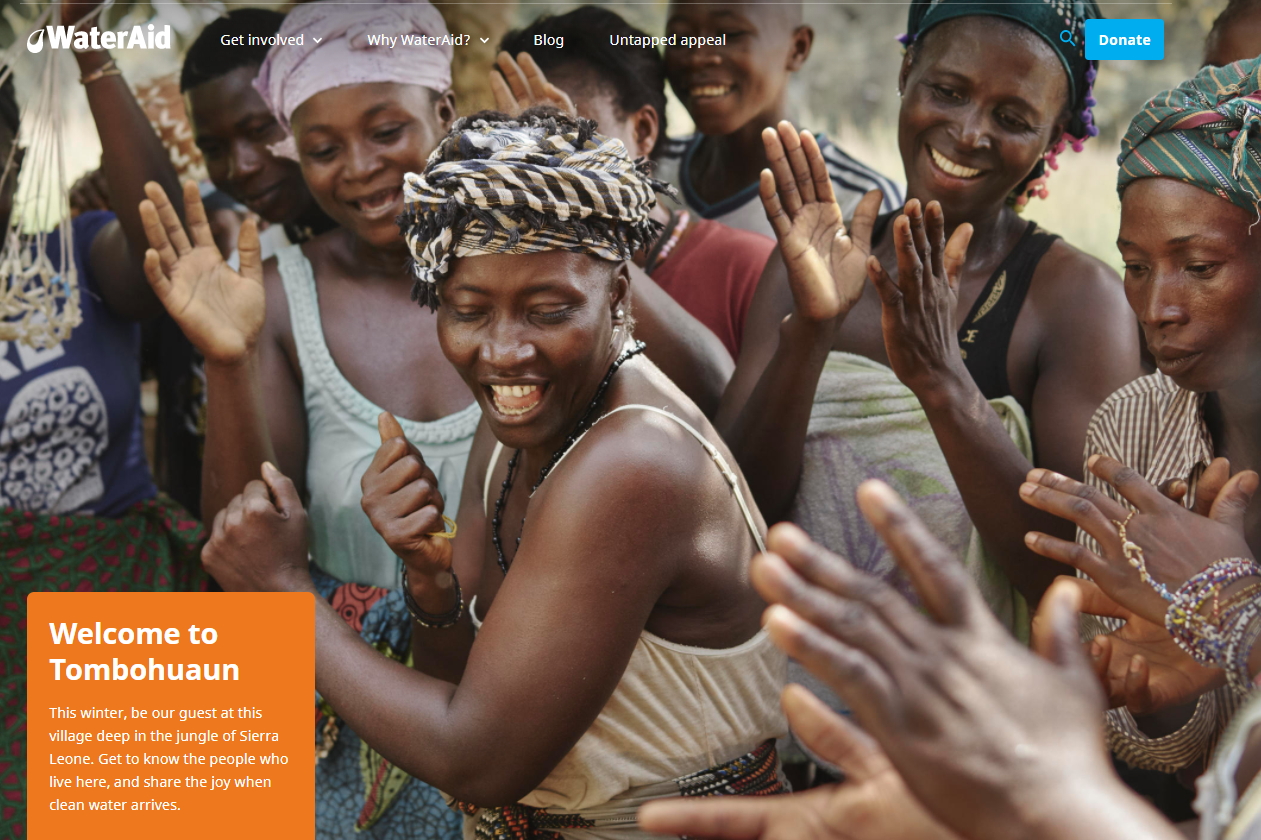 Charities put out some awesome campaigns in that time. They made us laugh, cry and want to change the world.

Here are five of the best in part one of our two part blog post.

Stonewall – Come out for LGBT

Stonewall launched their Come Out for LGBT campaign. The campaign aimed to get people to sign a pledge of support for LGBT people everywhere.

Like ‘Some People Are Gay – Get Over It!’, Come Out for LGBT already feels like a timeless one. It could genuinely have an impact on this issue for a long time to come.

Barnardo’s – Believe in Me

Children’s charity Barnados launched the powerful Believe in Me campaign this year.

The lead video featured children proudly declaring that they were more than their experiences. “I am not my 17 foster homes” was particularly powerful.

The title and ethos o the campaign links cleverly to the key strands of the charities work, so again feels like a strong, sustainable campaign.

The charity also used a clever angle in their YouTube pre-reel, where a child said “Don’t skip me” in that essential 5 second window.

Amnesty International looked to harness the outrage so common on social media into connections with people affected by those same issues.

The teams in Kenya and Lebanon streamed refugees’ responses to tweets sent by sympathetic social media users. The message was that Outrage is Not Enough, an even more powerful version of Likes Don’t Save Lives. 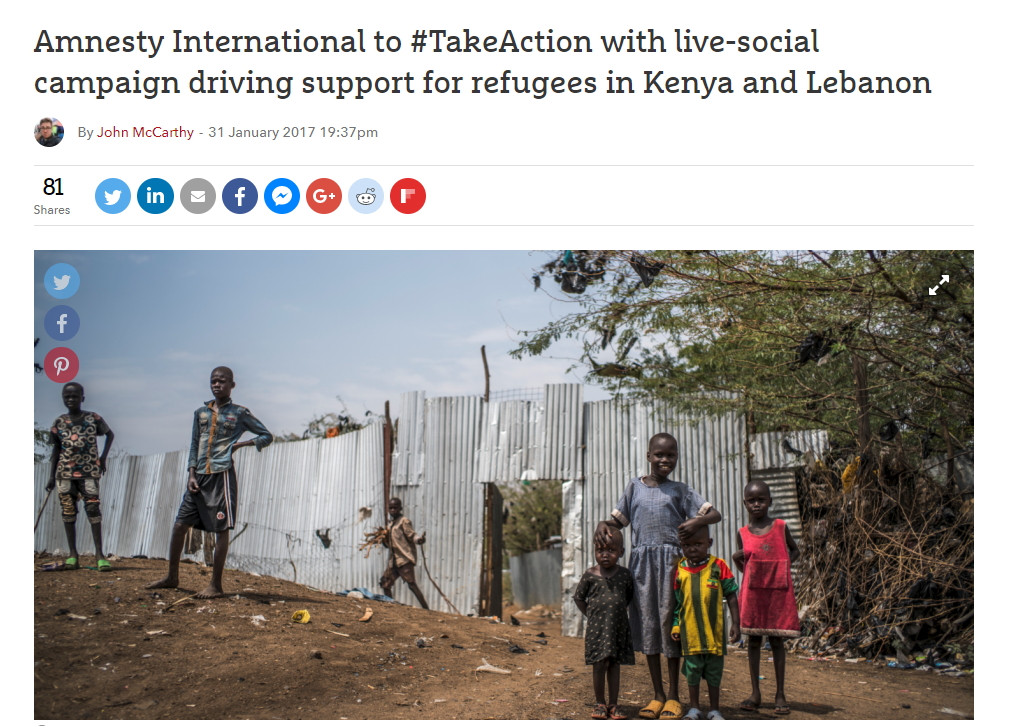 Warning – this is not one to watch at your desk if you don’t want to cry at work.

Child Bereavement UK shared some incredibly emotive videos of people sharing what they’d say to a loved one who had died if they had one more minute together.

Celebrities like Mary Berry and Rio Ferdinand added theirs, as did the Duke of Cambridge. 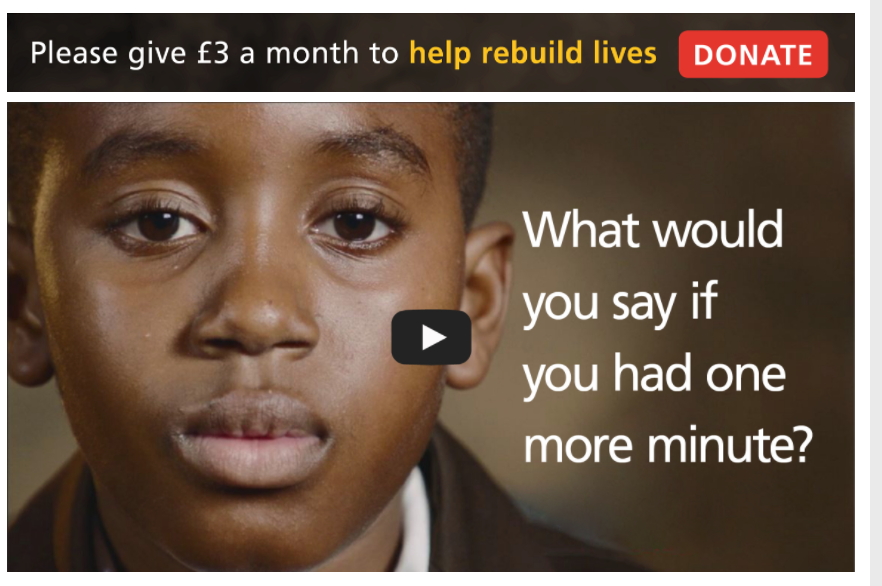 WaterAid are sharing the story of a village in Sierra Leone called Tombohuaun. The villagers are going to get access to clean water for the first time this winter.

The campaign features a 360 video exploration of the village. Visitors can also find out the nickname that a resident called Matu would give them based on a few questions about their personality. This feature in particular was super fun.

Comment below and we’ll try to feature them in Part 2.