The changing face of charitable giving in Australia 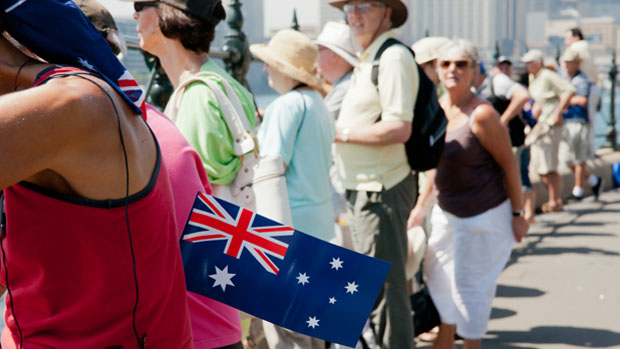 Australians have always been renowned for being big givers. Being on an island where unfortunately natural disasters seem to strike every year, Aussies have a strong social conscience and a high level of involvement when it comes to causes that are close to their hearts.

According to the World Giving Index, Australians donate more money to charity than any other country. Not only that, but in the last 2-3 years we’ve seen a significant move away from the old door-knocking campaigns onto online, mobile and social giving.

An increase in mobile giving

PayPal data from April 2013 shows that the total value of mobile donations in Australia has increased by a massive 293%.

Adrian Christie, PayPal spokesperson says: “The ease and convenience of mobile devices and Australia’s high smartphone penetration has enabled charities to become an unexpected beneficiary of the changing spending patterns of Australians. Over the last year, we’ve seen our 5 million active users increasingly turn to their mobiles to cater for their everyday needs, from paying bills to making online bookings. Now, we’re seeing savvy and connected consumers also using mobile to support the vital work being carried out by the not-for-profit sector.”

One in four donations now come from a mobile device, often using apps in social media channels such as Facebook, making donating easier than ever before.

That said, many charities don’t have access to the necessary tools available to maximise income from online fundraising, and in many cases aren’t aware of other fundraising alternatives that better harness the benefits of social media and mobile giving.

And this is where JustGiving seek to help.

Through personalised, shareable fundraising pages that harness social media and that are optimised for any device, we’re helping anyone to become a powerful advocate for the causes they care about.

JustGiving’s launch in Australia is a key milestone for us as we expand globally. Find out more about how you can join our community.

Australiacommunitysocial giving
Nikki Kinloch is the Country Director for Australia, New Zealand and Hong Kong, bringing JustGiving to the Asia Pacific region. She's passionate about making fundraising easier for communities and companies by combining the power of social media and technology to allow for anyone to become a powerful advocate for the causes they care about.
Scroll To Top