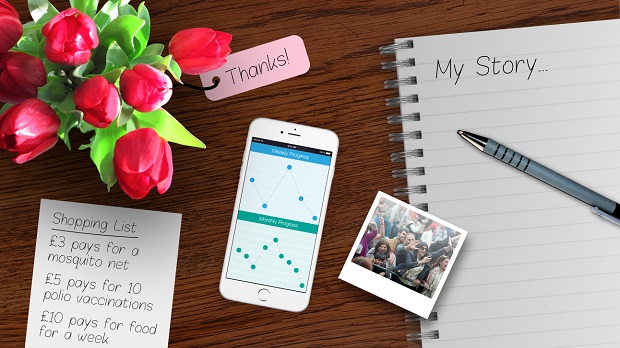 We asked top fundraisers to share their tips on making a fundraising campaign successful. Here’s what they said:

1. Know your target audience inside out

A successful fundraising campaign needs to have a detailed and informed understanding of its target audience: who they are, why they might support your charity and what they are looking to achieve through that support. Make sure you challenge yourself on your beliefs about your audience: is your audience profile backed up by evidence or are you going on gut instinct or organisational myth about who your supporters are and what they want? It’s useful to reflect on how you want your potential supporters to feel when they see or hear the campaign, and put yourself in their shoes when you review creative or copy. Is the language clear, simple, emotive and does it speak to your audience? Is the call to action clear and crucially is it easy to do? How will your supporter feel when they’ve taken the action you’re asking them to do? Asking these questions should help you develop a targeted, clear and impactful campaign.

A successful fundraising campaign needs a personal story – something people can relate to, get involved in and has a tangible goal. I’ve set up a personal fundraising campaign to raise £25,000 for CLIC Sargent, where I was the fundraising director until recently, in memory of my brother Richard and my story has touched people I didn’t even know before I started. The fact that my main fundraising activity is a series of walks round London has meant many people have been able to join in and take part. Plus the end goal is naming a room in a ‘home from home’ in Richard’s memory so that’s a pretty tangible goal that people can get behind. 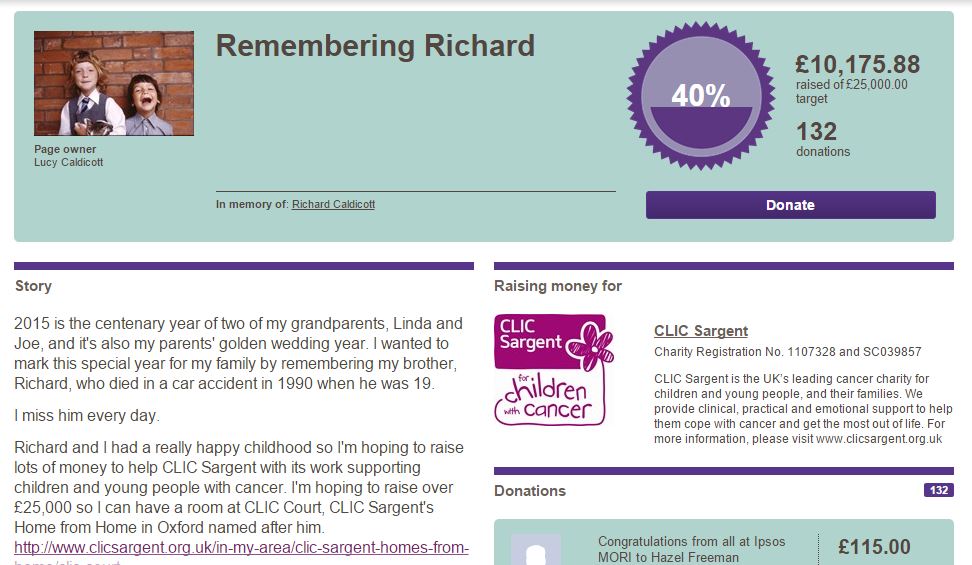 Tangibility – giving specific examples of how donations can make a difference – can uplift response considerably. Including a ‘shopping list’ of examples of what donations of various amounts will cover is great at encouraging people to donate at a level that they can afford. It helps to join the dots – mentally – between that moment someone feels they’d like to help and actually making their donation, because it addresses some of the questions they may (subconsciously) have, including how much is enough, how much can make a difference or how much they can afford. It’s proven to uplift response and income.

Here’s a great example of a ‘shopping list’ from ActionAid:

Have a plan, and resources, in place to make sure you thank your donors and supporters appropriately. Whether it’s timely thank you’s and mentions on social media for corporate sponsors, or formal thank you letters for individual supporters, these are essential elements that need to be factored in to your campaign. Write the copy for your thank you letters in advance and set them up as a template within your CRM, a template in Word if you print your letters out or just copy and paste into emails. Talk to your social media team in advance about creating ‘thank you’ posts during campaign milestones and whether you would like to them to thank individual supporters on social media as this will need to be planned into their schedule. Too often the ‘thank you’ is neglected when the focus is on raising money, but in fact it is key to making your supporters feel valued.

5. Measure everything and learn from it

Are you a good fundraiser? How do you know? It should come down to data – how much have you raised and at what cost – and the return on investment (ROI)? If you don’t know the results of your fundraising activities you won’t be able to improve what you do – and you won’t know when to stop that kind of fundraising in favour of another.

But ROI is just the beginnings of measurement. What can you measure from the donor’s point of view? How many fundraising appeals do they receive – direct mail, emails, phone calls etc? Are they happy with that amount? Can you measure donor happiness or satisfaction? Your direct mail response rate might be impressive, but how do those 95%+ of supporters feel who weren’t moved to open your letter, let alone respond with a gift?

Don’t forget that donors see your charity as one organisation, not as a collection of fundraising, services, communication or campaigns departments. How many times (and how) does your charity as a whole communicate with supporters and contacts?

The measurement of income, response rates, open rates etc is probably the easy task. Measuring supporters’ satisfaction with how you ask and involve them is only going to become more and more important.

campaignsdonationsfundraisingROIstorytelling
Passionate about using digital channels to communicate with and for charities, Kirsty is a freelance digital communications specialist and accredited trainer. A regular blogger for Third Sector and other sector publications, she is always keen to share her experiences and knowledge with others and help them achieve their goals. She has helped hundreds of charity staff hone their social media and digital marketing skills over the years and understand the importance of good content. She is a trustee of the Small Charities Coalition and in 2016 won a CharityComms Inspiring Communicator Award.
Scroll To Top