How Diabetes UK used co-creation to meet a need 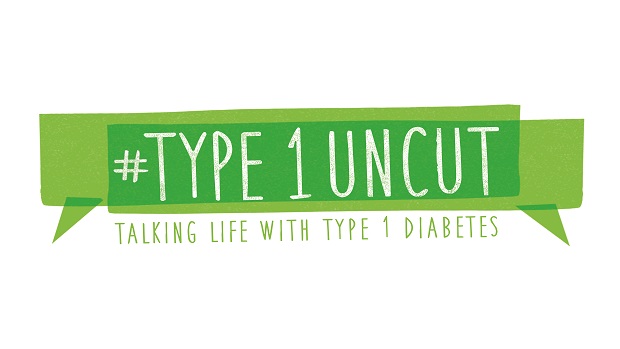 I’m a bit biased, but the #Type1uncut is a brilliant project – one of the best I’ve been involved with in a long time. It was our first attempt at co-creation with the people who would use the resulting resources, and it proved to be the most effective way yet of helping people produce the kind of content they wanted to see. It has been a great example of collaboration, as well as helping us with the often tricky task of getting user-generated video content. Here’s how we did it. 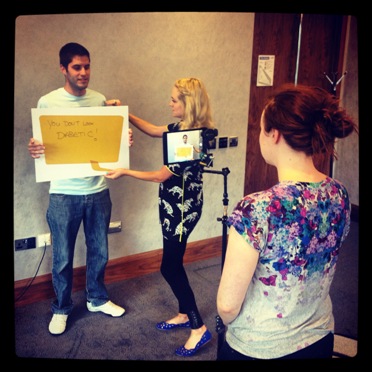 It started when we got trust funding from the Garfield Weston Foundation, with a fairly open-ended original aim of producing ‘online resources for young people with Type 1 diabetes, aged 16-30’.

There are quite a lot of resources for children with Type 1 and their parents to help them live with the condition, but this seems to peter out once they reach late teens – just at a time when people are going through some key stages in their lives, such as leaving school, starting work, and generally becoming an adult.

Make it sustainable – do you really want another microsite?

We had produced info on our website for young adults before but it didn’t really reach or inspire the people it was aimed at. Probably because it was still the organisation’s voice, and didn’t really set itself apart from the rest of our information for adults.

With our open-ended brief, we kept an open mind but were cautious not to just release another microsite into the wild with no plans for how to develop or support it in the long term.

We were also conscious that there is already a massive network of people out there – loosely known as the diabetes community – talking to each other through social media, as well as meeting up in person. (Diabetes UK is an active part of that community, both online and through events and groups.)

Bring the right people together

Diabetes UK facilitates groups for young adults in all four nations. For this project, we contacted all the young people in our networks, including the four young people’s groups, asking them if they’d like to take part.

We chose to involve the agency Nonsense because they had been involved in various successful projects with us, ranging from technical development, to content, video and digital marketing – so we could keep our options very open.

We also appointed a project manager who already runs a group and has a background as a diabetes nurse, and he was central to the success of the project.

Set out expectations and responsibilities

Nonsense ran an initial workshop where we agreed a clear ‘charter’ with the group, establishing what we want to achieve and the respective responsibilities of the group and of the charity. This was a really successful way to kick things off and throughout the project we referred back to the comments, feelings and examples expressed at this initial get-together.

Can’t meet regularly? Use tools like Skype and make sure you really listen!

While developing the creative concept, we held a number of Skype chats with the group, who were scattered across the UK. These were all out-of-hours and showed how everyone was committed to find time to make the project work.

Nonsense made two initial proposals based on the preferences identified by the group – one based on user-generated content around a hashtag and one that involved a scripted, reality YouTube show. Although the group rejected both ideas – for very valid reasons – through discussing them we found value in each, so Nonsense went back to combine the best of both.

It was vital that the group’s feedback was acted on, however good the original concepts seemed to be. The group were the audience, not us, and they were really clear about what they needed.

The final concept is called #Type1uncut – a YouTube channel of videos made for, and by, young adults with Type 1 diabetes. Diabetes UK and Nonsense are helping to get this off the ground, giving training, support and resources, with the longer-term aim of having it led purely by the users, and leading to offshoots like regular Google+ Hangouts to discuss future plans.

Here’s one of the first videos, introducing #Type1uncut:

This is one of the most popular videos so far:

More people joined the group on the strength of the first batch of videos, including a film-maker and a musician.

We’re already discussing funding for 2015 and beyond, with some great suggestions from the group about how we might tackle this.

We also want to move to a model where members of #Type1uncut can meet up in local groups to plan and produce their own videos, including training new members. The initial production workshop went so well that it influenced plans for future production. Instead of sending the group members individual film making challenges, we got them back together again for another workshop, after they completed their pre-production work online. In future, we’re looking to do this at a local level, with groups doing their own pre-production online before meeting to run their own production workshops, and then editing from home.

What has worked for you?

We would love to hear how you have worked collaboratively, or any success stories in helping your users, fundraisers or other supporters to contribute to your work so please leave a comment.

collaborationuser generated contentvideoyoung peopleYouTube
Graeme’s role covers digital content, social media, email and digital marketing for Diabetes UK, helping and working with people affected by all types of diabetes, healthcare professionals, researchers, and all the charity’s brilliant supporters. He’s interested in how digital can transform the way we work and how we manage our health.
Scroll To Top