Unlocking the value of peer-to-peer fundraising

We’ve long known the value of peer to peer asks in fundraising and how important friendship networks are in inspiring people to support our causes. Out of 900 fundraisers who took part in a JustGiving survey in 2013, over 40% reported that since they started fundraising, at least one friend or family member had started fundraising too. And over half of them reported that their friend or family member chose to support the same charity. 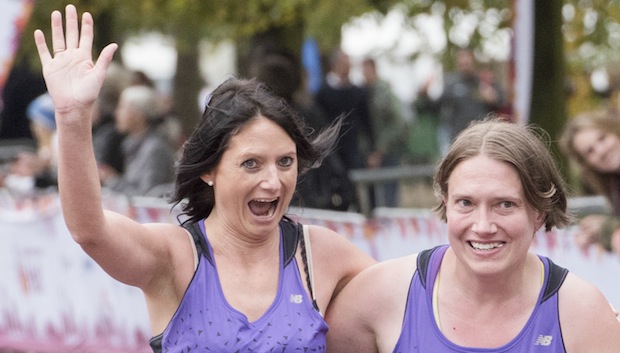 An ask from a friend is really powerful

The very best major donor programmes are built upon this premise. But do those of us working at charities really maximise this for our mass fundraising campaigns and events? We spend hundreds of thousands of pounds on advertising and mail outs but are we inspiring people so much that they want to get their friends involved? Are we even asking them to invite their friends? And what are we doing to make it super easy for them to make that ask?

Solar Aid are experimenting with ‘social capital’ with their Speed of Light campaign. They’re building a digital fundraising community, which connects people to their friends to see the true value of their impact and I look forward to finding out how that develops.

How can we measure advocacy?

As fundraisers we should be making the experience of giving so awesome that supporters WANT to tell their friends and family about it. They should be your greatest advocates.

But, how do we know we’re good at it? And how do we know it’s making an impact? We are so focused on measuring the financial impact of our activities in the short term that we rarely measure the long term impact. I would argue even life time value calculations only show part of the picture.

Recently I read about software company Intuit, their excellent innovation catalysts programme and how they’ve transformed their company by measuring success in a new way. Not ROI or annual profit, but Net Promoter Score (NPS). A little birdie tells me that JustGiving also uses this metric, as do the likes of Apple and Amazon.

Here’s how it works. You ask your customers (or supporters) one simple question:

“How likely are you (on a scale of 0-10) to recommend this product or service to a colleague or friend?”

Could this be a new metric for charities?

I would LOVE to see what would happen if charities used NPS to track the success of a particular fundraising project, or their charity as a whole. If you asked your supporters today how likely they are to recommend supporting you to a friend or colleague, what do you think they would say?

If you are creating fundraising campaigns, products or communications with the aim of raising money AND delighting your supporters your NPS will go up. And so, in turn, should your income.

Are any of you already measuring NPS at your charity? Do you think it could be a useful metric to track? Please add a comment below and let me know what you think.

advocacydigital fundraisingfundraisinginnovationmajor donormeasurementnet promoter score
Lesley is innovation and product development manager at Breast Cancer Campaign and Breakthrough Breast Cancer. She has worked for non-profits for over 10 years across the arts, international development, social welfare, mental health and medical research. Lesley is proud to be a jack of all trades with experience of every nearly form of fundraising as well as digital projects and social media.
Scroll To Top