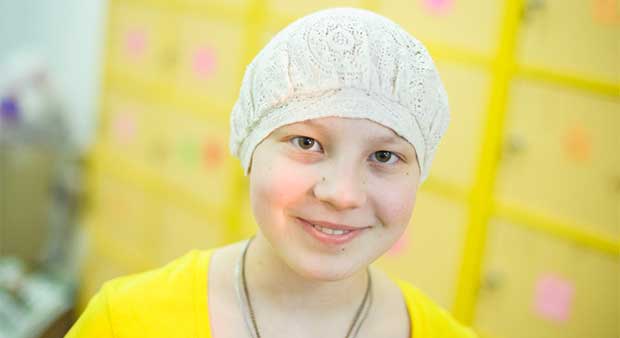 We’ve been telling you about Campaigns on JustGiving for some time, and the benefits of using the product to get the power of the crowd behind a specific need or appeal.

To give an example of how this works in practice, consider the campaign launched by Gift of Life to fund a specialist surgery for an 11-year old girl from Sverdlovsk, Russia.

Dasha was facing Ewing’s Sarcoma, a malign tumour that affects the bones. As it was suspected that the pain she was suffering was due to a fall she suffered it was not initially discovered that she was battling the illness. Only when the pain did not go away with time did the reality of her situation become clear.

Due to the nature of the tumour, Dasha has needed a number of operations and courses of chemotherapy, none of which were successful in eradicating the tumour. It was concluded that she would need a specialist surgery to remove the tumour and part of her spine, replacing it with a metal implant. The complexity of this particular surgery meant that Professor Ingo Melcher from Berlin was needed to conduct the operation. The cost of this procedure was £4,000.

In order to raise the money for this necessary operation, the Gift of Life charity created a special campaign to help. By setting their target and communicating exactly what they were hoping to achieve with the money they raised their appeal quickly reached its target. In total they were able to raise £4,348.72 to date to help Dasha.

” Dasha’s fundraising campaign was a truly great one, and should be marked as our charity’s achievement in online fundraising at Justgiving.com. Gift of Life started this campaign on International Childhood Cancer Day to raise £4000 for a complex surgery for 11-year-old Dasha Kiseleva from Sverdlovsk Oblast, Russia. The girl has Ewing’s sarcoma. With generous support of almost 50 donors we managed to exceed the target and raised over £4300 in under 10 days. It was a result to be proud of. We appreciate that Justgiving.com offers Gift of Life and other small and big charities a platform to raise funds quickly and efficiently. Thank you for helping us to be heard! ” – Ekaterina Demidova, Fundraising and Events Manager for Gift of Life foundation

As can be seen from this appeal, when a campaign communicates its specific need effectively, the power of the crowd can come together quickly to fund it.

Find out more about campaigns on JustGiving here.