Become JustGiving’s Charity of the Year 2017 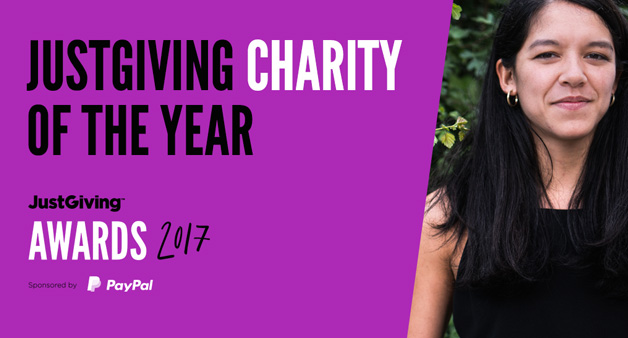 Exciting news! Voting is now open for the JustGiving Awards and your charity could be crowned our Charity of the Year 2017.

How to become Charity of the Year

The winning charity will be decided by a public vote, so spread the word far and wide. Absolutely anyone and everyone can vote, so get your internal teams involved, post it on your social channels and rally your charity’s biggest supporters.

Here’s the link to cast your vote and share with all of your supporters.

Charity of the Year toolkit

When will the winner be announced

The three charity finalists will be revealed in October and the winner will be announced at the ceremony on November 21st.

2017 was a record-breaking for the JustGiving Awards. Almost 31,000 people got in touch to tell us about the amazing fundraisers they think deserve an award. Reading through all of the incredible nominations was truly humbling – we are so immensely proud of all of the amazing things people are doing on JustGiving. Find out if your charity has any finalists nominated here.

Charity of the YearJG AwardsJustGiving-awards
Helen looks after our social channels here at JustGiving. As social media manager she loves creating useful, inspiring content that connects with our community and celebrates their amazing achievements.
Scroll To Top