What Blue Peter taught me about fundraising campaigns 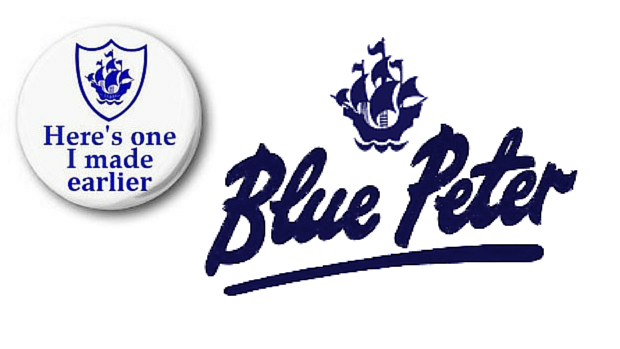 Richard Sved writes about what he learned from his earliest experience of fundraising campaigns and how you can apply his tips to your Campaigns.

I hate to admit to being old enough but I am a child of the 1980s, and many memories of growing up in that decade revolve around watching television.

I would eat my cereal on a Saturday morning with Noel Edmonds and his Multi-Coloured Swap Shop. I would play with my Rubik Cube while worrying about Tucker Jenkins and his Grange Hill pals at tea time. But it was surely the children’s show Blue Peter that taught me the most. And in retrospect, it is Blue Peter that taught me about fundraising, in particular. Here are some of the things I learned about fundraising campaigns from the programme’s many charity appeals in the 1980s. 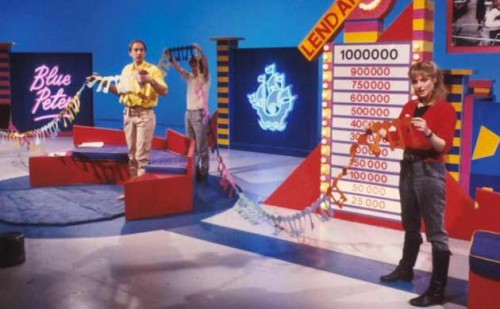 Blue Peter may not have invented the fundraising thermometer, but they made it their own in the form of the Totaliser, and certainly brought it to my generation. Remember that this was before the big telethon fundraisers hit UK screens and it was genuinely exciting to see how much progress had been made. Was Blue Peter the first to do the ‘big reveal’, which is still done to this day?

Top tip: Set a realistic target so that supporters have something to aim towards. Once you hit your target, or come close, consider increasing it to raise more.

Harness the power of the collective

As I remember, much of the fundraising for the various appeals in that decade was done through Bring and Buy sales. But they also asked viewers to send in old postage stamps, and bits of old metal. Nothing was out of reach in terms of cost, and it was often ‘free’. It all counted. And Blue Peter harnessed the power of its millions of viewers to make those small contributions collectively count for a lot.

Top tip: Give people a ‘shopping list’ of donation values, starting with small amounts and what that could pay for and moving up to higher amounts. This way, everyone feels that they can donate at a value that’s affordable to them.

There’s a wide world out there

When I was growing up, my daily world largely revolved around a few streets near my home but Blue Peter taught me that there was a much bigger world beyond. A world with people in it from other countries with whom I could identify. Blue Peter’s Cambodia appeal left a real impression on me and I think many of my generation – it was educational and I would argue very brave television – and it was excellent fundraising.

Top tip: Make sure that your online fundraising platform can accept donations in different currencies so that anyone can donate to your Campaign, no matter where they are in the world.

My recollection is that the Blue Peter appeals happened over a period of many weeks, if not months. And there is a lesson here for us. They worked to engage with and educate their audience for a sustained period. In subsequent weeks there were montages and reports of bulging postbags to highlight the viewers’ response. They understood the power of momentum. They recognised that planning fundraising events took time and they expertly maintained the viewer’s interest over the length of the appeal.

Top tip: Plan your Campaign content to build momentum over the length of your appeal and factor this in to your planned communications.

Celebrate and reward your supporters

Blue Peter had a particularly iconic way of recognising the contributions of its viewers – the Blue Peter Badge. They appreciated that it would have a certain cachet, that it was a special thing to be owned. The badges still have value and power decades later – I just checked Ebay to find a single badge on sale for £20. Blue Peter brilliantly celebrated and rewarded its supporters, and built a club ethos around them.

Top tip: reward your donors by thanking them – whether this is a personalised letter, a thank you video on social media or even a phone call, it’s important to make them feel valued and rewarded. 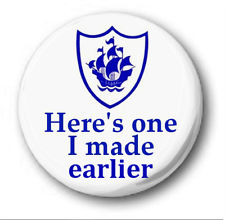 So you see, for me, Blue Peter wasn’t just about sticky back plastic, “here’s one I made earlier” and misbehaving animals. No, the programme broke new ground with its charity appeals, teaching me so much that stayed with me into my adult, professional life.

Interested in setting up a Campaign? Find out more here.

AppealcontentcrowdfundingFundraising campaignssocial media
Richard has worked and volunteered in the charity sector for over 20 years. Prior to setting up his own company, 3rd Sector Mission Control, Richard led the fundraising function for two national charities. He is also an NCVO consultant, and has worked as the interim Head of fundraising at several national charities. Richard's key strengths lie in charity strategic planning, income generation and communications. He blogs regularly about the charity sector at http://www.3rdsectormissioncontrol.co.uk/what-we-say/blog/
Scroll To Top