Why do charities need to embrace failure? 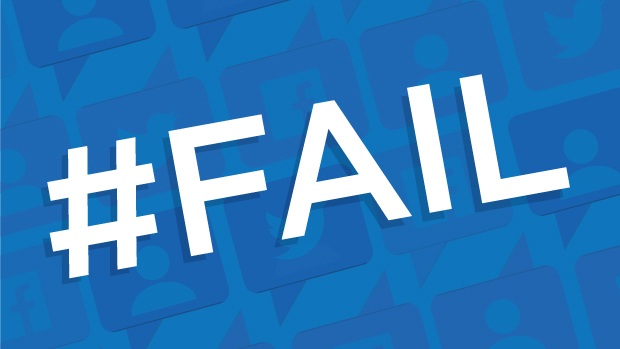 Failure is a habit we live with uncomfortably in fundraising. Our feet are held over the fire enough times to know, that when we fail, we really do fail. The consequences are all around us.

So how can we embrace failure in fundraising?

In Helsingborg, Sweden, there is a Museum of Failure. The museum has within it a range of examples of commercial failures. Many items in the museum show companies’ attempts to diversify their brand. Iconic motorcycle manufacturer Harley-Davidson appears with a men’s eau-de-toilette, launched in the mid-1990s. Google’s Glass headset with an augmented reality display and built-in camera is also there. Curator, Samuel West said “The problem was Google released it too early, it was still a prototype, so it was full of bugs,” Even Donald Trump is there with his “I’m Back And You’re Fired” board game from 2004 which looks like Monopoly, but players use “T” branded pieces and the paper notes are adorned with Trump’s image. No guesses for why that failed. The museum does offer some hope. On display is an Apple Newton personal digital assistant from 1993. The bulky black device paved the way for the iPhones and iPads that millions use today. A failure ahead of its time. But crucial to the future.

In an insight, as to how companies approach failure, the curator reported that many brands featured in his museum want nothing to do with the displays. Alternatively he says, some companies have booked large group visits, perhaps to learn from others past mistakes. Make the failure and hide. See the failure and learn. Bravery is somewhere in the middle. The slogan for the museum is:

‘Learning is the only way to turn failure into success’

Doesn’t that say it all?

Develop an appetite for risk-taking

For us, our attitude to failure is tempered by a reduction in our capacity for risk. Failure is not an option in a zero tolerance for risk environment, and many charities in the light of recent scrutiny have retreated to that space. If we have no appetite or capacity for risk then it’s harder to drive any innovation and worse it sets us all up to not only fail, but suffer the consequences. Fear is in the driving seat. Examples of failure in charities are frankly hard to find, but Lucy Gower wrote a brilliant and honest account of the bravery of Richard Turner, who created a campaign at Action Aid called What a Feeling. The campaign failed to deliver on its objectives but equally succeeded in answering some questions and finding some insights that would drive success. The criteria for success was different though. In 1999 as we were launching the Full Stop Appeal at the NSPCC, I remember we were obsessed about new ‘swipe’ donation machines. Today they are in every High Street and retail experience. Then, we took a punt. It failed, but we were ahead of its time. Some organisations and companies however do embrace a culture where failure is encouraged. This, as always is about leadership. Our experience with the focus on target driven returns is that we have reduced capacity to innovate precisely because we can’t guarantee a return. That road leads to the cliff edge. Some say we are already hanging on by our fingernails.

We need to fail more if we are to succeed. How can we do that?

Back to the Museum of Failure. “You’re working on the edge of tomorrow,” says Nicolai de Gier, a professor at the Royal Danish Academy of Fine Arts. “It’s like the other part of trying is failing, so it’s just a very natural and very important thing.”

If we don’t try, we won’t succeed. We need to learn to fail again and feel ok about it.

failfailureinnovationrisk-taking
Stephen George is a Fundraising and Leadership Coach and consultant, specialising in helping charity leaders change behaviour and raise more money. He is currently working on global legacies strategies for international NGO’s and runs a leadership and coaching programme. He has over 30 years’ experience at all levels in the UK and internationally at NSPCC, UNICEF, RNIB, Action on Hearing Loss, Maggie’s and Scope and is an international speaker, writer, podcaster and contributor to NGO’s. He was chairman of Remember a Charity, a consortium promoting gifts in wills and is now Vice Chairman of the UK’s Institute of Fundraising. He tweets at @stevgeorg
Scroll To Top