Why your charity’s culture is critical for digital success 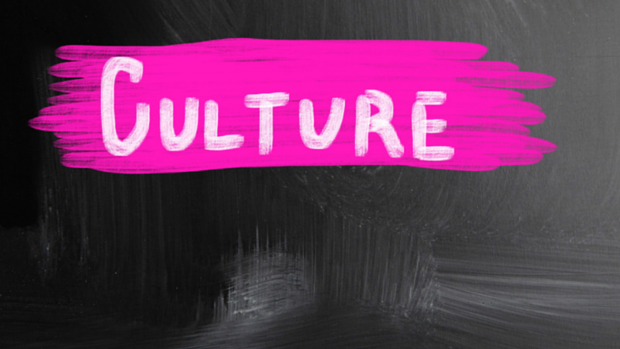 Everyone thinks that digital is about strategies, plans and processes. That’s true, but it’s about people as well. Through her work as a consultant, Zoe Amar has come to realise that a charity’s culture can be the difference between success and failure in digital.

The very nature of digital means that it requires collaboration.

It has broken down traditional hierarchies – your charity’s supporters will expect your CEO to answer their questions on Twitter. Digital requires organisations to move quickly, as we saw with #nomakeupselfie. How can you do that if silos are entrenched in your culture? Above all, have you got the right people? New research from Eduserv has revealed that 51% of UK charities haven’t invested in hiring in or developing the skills to support digital transformation.

Here are six things that will help charities develop the right culture for digital:

I’ve seen some charities try to go ‘digital-first’ by hiring a trustee with digital skills or a head of digital. This only works if charities prepare the ground to maximise the impact of the appointment. Kate Maunder, divisional manager at TPP Recruitment, says, ‘Recruiting a digital champion can definitely work, but the end goal needs to be clear – what does the organisation want to achieve? This needs to be reflected in the job description. Focusing on one specific goal to begin with will make the whole process smoother.’ She points out that your charity will need buy-in for the new appointment, especially from senior management.

2. Think about what your external and internal audiences want.

Emma McGowan, director at Let’s Work Better, believes the shift to a digital culture is necessary to meet stakeholders’ expectations. She states that, ‘Supporters and your audiences will want to hear as much from your CEO as they will from your community fundraisers or support workers.’ This requires your charity to be open and to let go, encouraging colleagues and external stakeholders to make your brand their own. ‘It’s important to build a genuine level of trust within your organisation and allow people to develop their own digital identity,’ counsels McGowan.

Even in organisations that are very new to digital, there will be always be a few people who have untapped skills in this area. McGowan agrees: ‘There will already be digital champions that exist within your organisation – seek them out at all levels and work with them to reinforce the culture you want to create.’ However, other colleagues may need support in building their confidence with digital. She advises that charities ‘work closely with your HR and internal communications lead to avoid alienating those less confident, to create an enabling culture by involving everyone.’

Claire Reynolds is head of digital at Parkinson’s UK, who are on their way to creating a digital culture. The charity are currently developing a digital roadmap and have made it a collaborative process for staff through surveys, interviews and regular updates, as everyone will need to play their part in making the roadmap a reality. Keeping the lines of communication open will also garner useful data. Reynolds explains that, ‘We recently ran an internal staff survey to help us benchmark use of digital and digital skills, and this will become a key means by which we can measure the success of our work to develop a digital culture; but we’re regularly getting qualitative feedback through our ongoing conversations with staff.’

Having a CEO who is active on social media can make a big difference. Reynolds told me that her CEO, Steve Ford, had a big impact in creating a digital culture. ‘He has set a really positive example for Parkinson’s UK staff not only on Twitter but on Facebook too, where he often responds to comments from our supporters, she says. ‘In particular, he manages to balance the personal/private divide well on Twitter which is something we know that other staff have been concerned about.’

So 711 items of media coverage today. Best day ever? So proud of our media team and everyone who’s told their story today #upyourfriendly — Steve Ford (@SteveGFord) April 20, 2015

6. Keep your eyes on the prize.

Culture change can be hard but ultimately it will improve your organisation for the better. Paul Taylor, innovation coach at Bromford, a leading social business in the housing sector, has seen the organisation emerge stronger, saying that ‘the results have been incredible,’ transforming the way they work. ‘Decisions get made in public, people form their own communication channels and networks. People become natural spokespeople – brand ambassadors. Our workplace language has been developed through years of formality but social networks make you start talking like real people again. Social has made us become a much warmer, more human organisation.’ Creating a digital culture will take your charity outside of its comfort zone. It will require lots of handholding and it won’t happen overnight. But it is mission critical if your organisation is to seize the opportunities and manage the risks represented by digital.

Are you embarking on digital transformation at your charity? Let us know in the comments.

culturedigitaldigital skillsdigital transformationtraining
Zoe is director of Zoe Amar Communications, a marketing and digital communications consultancy who have worked with leading organisations including ActionAid, Crimestoppers, Macmillan and Anglia Ruskin University. She blogs for The Guardian about charities and communications and is on the advisory board for The Guardian Voluntary Sector Network. She co-founded the charity #socialceos awards.
Scroll To Top