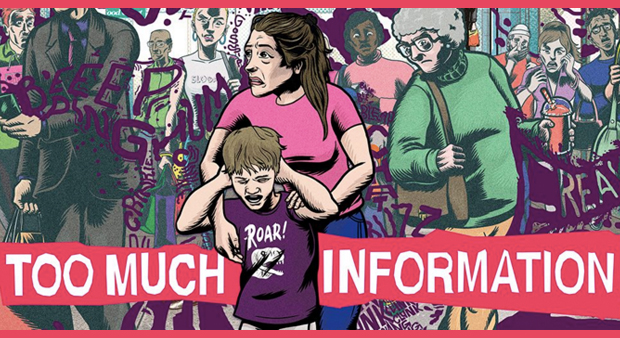 This week is World Autism Awareness Week and the National Autistic Society launched their biggest ever campaign, Too Much Information (TMI). We’ve been avidly following it on social media, and we think they’ve done an amazing job of rolling out a campaign that raises awareness and helps improve people’s understanding of autism. Here are some of the things we’ve really loved about the campaign. They created a video that really shows what it’s like to be autistic

In 2015, the charity carried out a YouGov poll that revealed over 99.5% of people in the UK had heard of autism. People have heard of autism, but that doesn’t mean they understand what autism is. 73% of autistic people and 60% of their families have told the charity they change their own behaviour to reduce the chance of intolerance from the public. In fact, 28% of autistic people have been asked to leave a public space because of behaviour associated with autism, and perhaps most upsetting of all, 79% of autistic people and 70% of parents feel socially isolated. Clearly, there’s a problem with public understanding of autism. This video, created from the perspective of an autistic child addresses that fantastically. They asked people to put themselves on the map With so much of the campaign focused on getting people around the UK to understand autism better, they created a map for people to add themselves to and pledge their support. 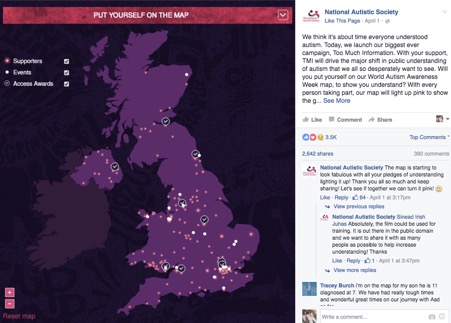 When you add yourself to the map, it asks people why they think it is important to understand autism. These responses then pop up, allowing people to share their experiences.

Plus, once signed up, the charity give people further opportunities to support by either donating or sharing.

They’ve been incredibly active on social media All week, the charity have been frequently posting a wide variety of content across all of their social channels. They’ve posted stats, real-life stories, people’s fundraising, advice and general information about autism. 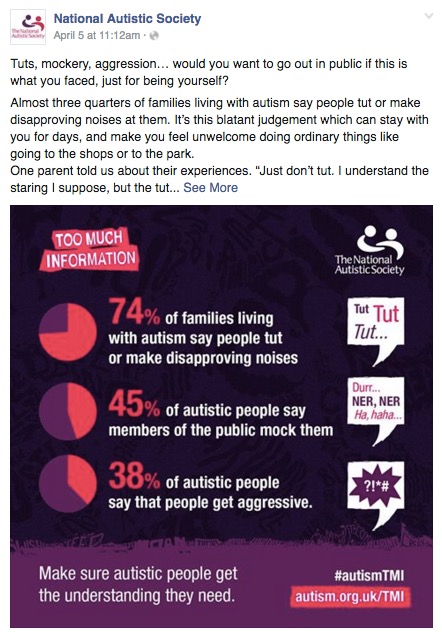 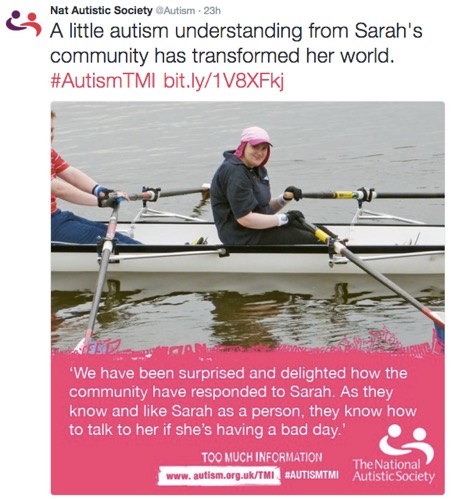 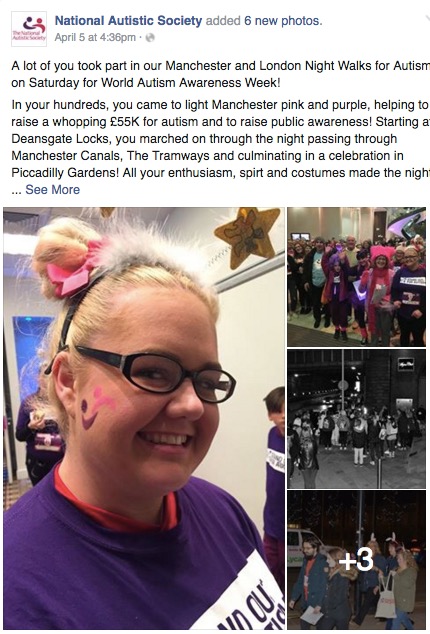 One thing I’ve really admired is how they’ve joined the conversation this week in an informative and relevant. The best example of these is their posts about the BBC2 programme, Employable Me. There have been various programmes that have talked about autism this week, and the charity have joined the hashtag to share relevant information about the subject. In this example, they tweeted about the difficulties someone with autism might face in a job interview.

I personally feel like I’ve learnt a huge amount this week about autism, and that’s thanks to an incredibly informative, well-thought out and well executed campaign. Take a look at the Too Much Information website to find out more about autism and the campaign, and check out the National Autistic Society on Facebook and Twitter.